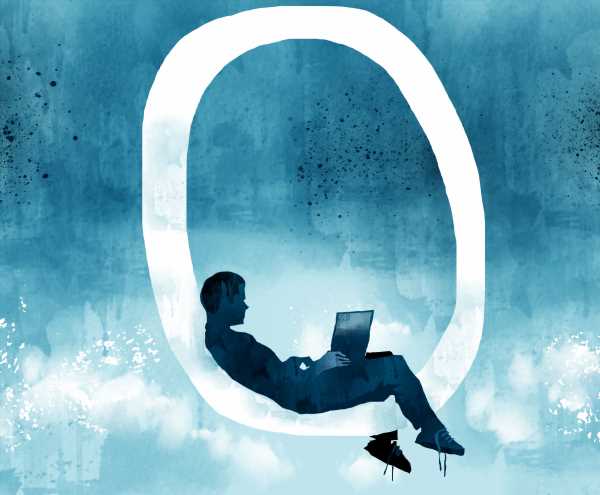 … and before you flip this page, dear reader, murmuring to yourself: ‘How does it matter? Aren’t the programming languages stuff used by those IT guys who sit in a corner of my office and I call them when my laptop is not functioning, or my email is down? How does it matter if India contributes no programming language to the world so long as Indians get jobs in IT and Indian IT companies make tons of money as they seem to be doing, going by our news headlines?’

You are not too far wrong: Indian-origin/Indian-educated people are worldwide heads of world-conquering companies such as Microsoft, Google, and Twitter, and many such Indian IT companies such as TCS, Infosys, HCL and many such others earn India more than $150 billion in export revenue and employ nearly five million Indians as programmers. The IT industry contributes 8 per cent of our GDP.

But here comes the surprise: India has not contributed a single major programming language to the world.

Before you again ask how this matters, bear with me for a minute, dear reader, while I explain what function a programming language serves in society. Programming languages are the tools used to solve some problems that are so complex that they can be solved only by computers.

Remember the time in your youth when you posted an inland letter to your parents, updating them how you were faring in your new job in a big city far away from the small town in India where they lived, and it took a week for the letter to get to them and their reply took another week to get to you? You will note that now you can send an email and/or a WhatsApp post or even a video of yourself narrating what you are up to and they get all of this in less than a second.

So, I can anticipate your next question: What tools do people use to create such fun/useful services and the answer, dear reader, is ‘a programming language’.

From your knitted eyebrows I can see your next question: ‘What tools, I asked, and you are pointing me to a language … language means Hindi, English, Tamil, etc… you mean people learn one more such language so that they can talk to others (possibly experts) who will reply back in that same language and tell them how to create an app or Web site?’

While I ponder how to answer that deep question, I guess your next question is likely to be: ‘Ok, give me an example of a programming language and what it does for me in my life.’

Here is one that is ruling the world now: ‘Python’, I say.

‘I’ve heard of pythons but aren’t they a type of big snake… how is a big snake going to be of help in building an app or Web site?’ is likely to be your response.

Yes, it is also the name of a snake, but the creator of the Python Programming Language, Guido Von Rossum, from The Netherlands and his friends were such enthusiastic fans of a BBC show of their time, Monty Python and his Flying Circus, that they named their new creation ‘Python’.

And now, hold your breath for the list of Web sites which are built using Python as the core programming language: Google Search, Instagram, Netflix, Uber, Dropbox, Pinterest … the list goes on and on!

‘I bet Guido Van Rossum is a very wealthy man’ must be your next thought… ‘How many billions of dollars did he make from Python?’

Hold your breath: ‘Not a penny’ is the answer.

In December 1989, van Rossum had been looking for a ‘hobby’ programming project that would keep him occupied during the week around Christmas as his office was closed when he decided to write Python. He then gave it away free to the world to use and benefit.

Guido Van Rossum and his gift of Python to the world is not the only case of such large-heartedness among computer language creators.

The creator of the World Wide Web, Tim Berners-Lee, a British scientist, invented it in 1989 while working at a public sector lab, CERN, in Switzerland. He also gifted his idea to the world free.

There are dozens of more examples of such creators giving their creation to the world, but it is time we faced the real question: When India has had hundreds of thousands of people as qualified as van Rossum and Berners-Lee and India has public sector labs many times the size of CERN, and many billionaire software tycoons who can easily fund the kind of effort needed, why hasn’t India produced a single earth-shaking idea like Python or the World Wide Web?

One answer comes from a University of Illinois professor and researcher of Indian origin, Rakesh Kumar, the title of whose 2022 book itself points to a possible answer: Reluctant Technophiles: India’s Complicated Relationship with Technology.

In his wide-ranging effort to try and explain why and where this ‘reluctance’ towards technology arises among us Indians, the one that merits special attention is his belief that the top managements of India’s tech companies are filled with male, upper-caste, urban-origin people who do not understand the product needs of the Indian mass market, which is 70 per cent rural.

He further provides many references to prove that diversity in top management (= more females, more from not-so-well-off family backgrounds) is what leads to innovation in companies throughout the world.

Now the biggest question of them all: What has happened to us Indians who several thousands of years ago invented the zero and science of algebra but in today’s world create no major programming language but, unlike our ancestors, focus only on making money off other countries’ innovations?

Ajit Balakrishnan ([email protected]), founder and CEO, Rediff.com, is an Internet entrepreneur and as a member of the committee that updated the Indian IT Act 2008 personally wrote Section 79 which introduced the concept of ‘Intermediaries’ and governs Internet platforms.