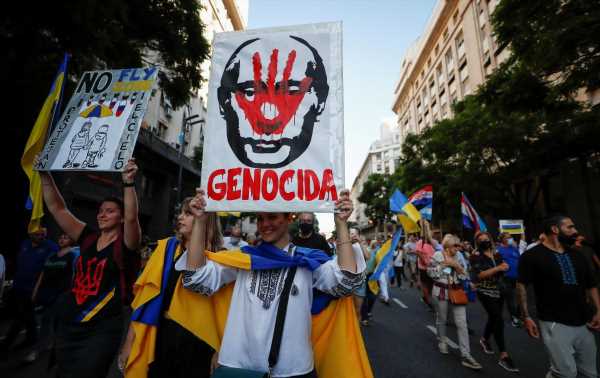 ‘By taking over these reactors, it will ensure Ukraine’s supply of electricity is cut off.’

Ukraine has 15 nuclear reactors spread across the county which provided the country with half of its electricity supply.

The Zaporizhzhia is Europe’s biggest nuclear power plant and this was taken over by the Russian troops on March 4, 2022 following intense fighting between Russian and Ukrainian troops.

Why did Russia want to take over all four nuclear power assets of Ukraine?

A large part of Ukraine’s electricity supply is generated from these reactors.

By taking over these reactors, it will ensure their supply of electricity is cut off.

A large amount of the energy requirement of Ukraine, unlike India, was being met from these nuclear reactors.

This has been done by the Russians to create one more additional problem for this strife-torn nation.

Was Chernobyl also supplying electricity to the Ukrainians before it was taken over by the Russian army?

Yes, all the nuclear plants in that country were being used to provide electricity. But the Russian takeover of Zaporizhzhia seemed very alarming. It has six reactors and the live video coverage showed smoke coming out from pretty close to the reactors.
The situation seemed very dangerous. Anything could have gone wrong especially as the battle raged on for some time.

The Russians managed to land a bomb in the next building within the same complex.

That was a building used I understand for training purposes.

That is what caught fire. That was not so dangerous.

We must not forget that the reactor building has a double containment concrete dome.

Unless the reactor is bombed directly on the head it will not release radioactivity.

The cooling apparatus of the reactor will not be continued.

In order to cool the reactor, we need to pump water and for that we need an uninterrupted power supply.

If the electricity grid is disabled due to bombing, the reactor needs to be turned off otherwise it will explode.

I understand the reactors within the Zaporizhzhia complex have been turned off.

The IAEA (International Atomic Energy Agency) had expressed concern, so even if they were not turned off earlier, they were definitely turned off following the Russian takeover. 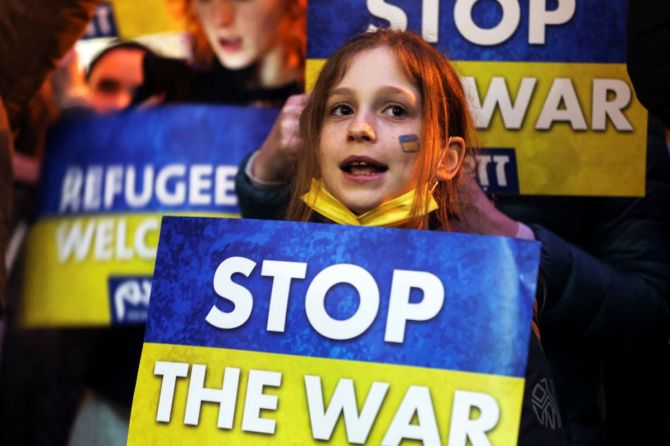 Is this what happened in Fukushima?

Two things happened in Fukushima. Their electricity supply got stopped.

They had diesel generators in place to pump water in case the electricity supply failed and these generators got flooded by the tsunami. They also stopped functioning.

So the precautionary step of pumping water in case electricity failure also did not work.

In Ukraine, if the diesel supply is stopped and the electricity also fails, the same problem will occur.

One thing to do is to stop the reactors. This is one more way of squeezing Ukraine.

But the reactors must be very hot? How much time does it take for them to cool?

It takes time. The cooling has to be kept going even after the reactors are turned off.

In Fukushima, it had got so hot that some hydrogen was produced by the reactors.

They had stored old used fuel rods in the reactor building complex.

The fire spread there and the fuel rods exploded in the air.

This is what caused the nuclear radiation fall out.

Multiple mistakes were committed in Fukushima. 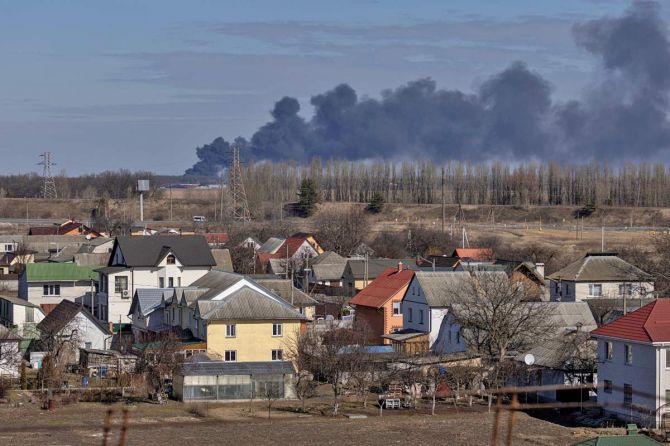 I understand the radioactive fallout has still not been contained in Fukushima.

It takes time because the reactors are very hot, but it has not been very serious.

The number of people killed were very small.

There are two kinds of radiation damage.

One is what happens immediately and the other is long term which can take years to show up and that about that one does not know (in regard to Fukushima).

A German minister recently gave a call that the German government should restart their nuclear reactors.

Germany had rather foolishly turned off all their reactors after Fukushima.

Then German chancellor Angela Merkel did if for political reasons as she was under pressure from the Green parties.

But now they may have to restart it in order to be free of Russian oil.

Why do you say foolishly?

There was no need. We in India did not shut their reactors. No other country followed suit whether it was the US or UK.

When Fukushima happened, everyone was alarmed.

All these countries including ours took stock of the situation by consulting experts and by putting in place greater safety precautions.

Germany chose to play extra cautious and shut them off right away.

They have been facing difficulty managing their power supply even before Ukraine happened because nuclear energy was providing a sufficient chunk of their electricity.

France never stopped its nuclear plants and is presently getting 70 per cent of its energy from nuclear power stations. Nuclear energy is a clean form of energy. 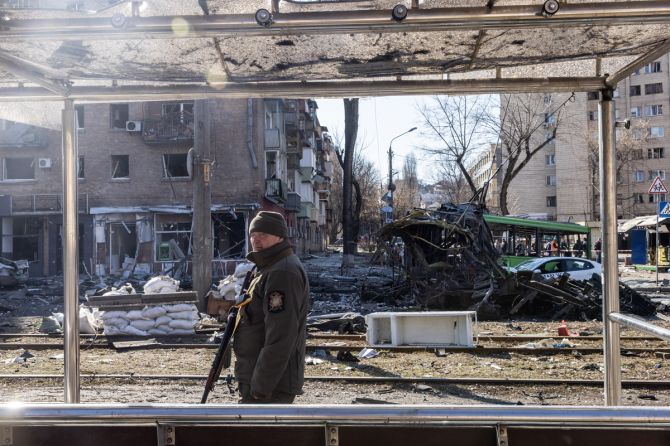 But there is concern that if something goes wrong there will have to face nuclear radiation.

That is the trade off. We have nuclear reactors all over our country and the normal functioning of a reactor is quite safe.

They provide both green and safe energy. All our nuclear experts and other senior bureaucrats go to work in these complexes and have been doing so for many decades.

That is the best evidence we can provide to show that the reactors are quite safe.

Will the Russian invasion trigger off another Cold War?

Nuclear energy is separate from nuclear bombs. Weapons are very dangerous. It is a different beast altogether. There is no doubt about that.

But they are two separate things and we must not confuse between these.

Both are involved in the Ukraine invasion.

President Putin has put his nuclear weapons on alert and he has been taking over the nuclear reactors in Ukraine.

The two are parallel (stories) and must not be mixed up.