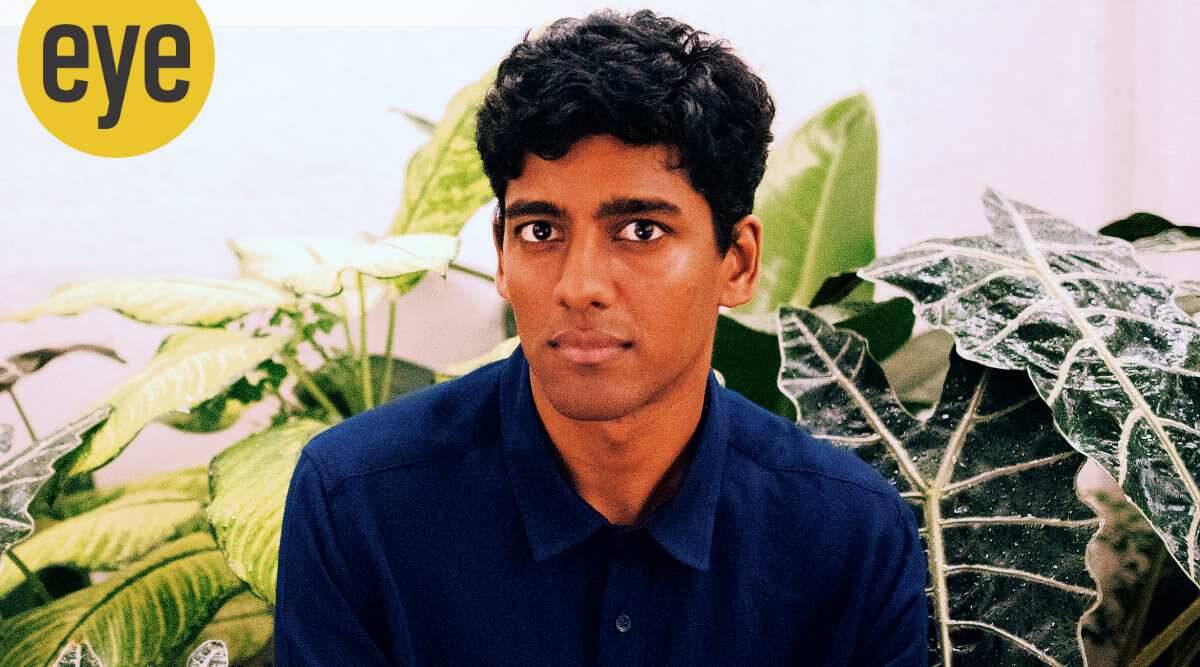 Sri Lankan Tamil writer Anuk Arudpragasam on how the civil war in his country shaped his consciousness, writing as a form of introspection and his new Booker longlisted novel. As in his life, the impact of Sri Lanka’s nearly three-decade-long civil war ricochets through the writings of Anuk Arudpragasam. “I wanted to write a novel about the relationship between a young man and his grandmother, but over the course of writing it, the war began entering the narrative in various ways. After a while, it became clear that this too would be a novel about the war, though one that dealt with the psychic repercussions of war rather than its immediate violence,” he says of his Booker Prize longlisted second novel, A Passage North (Penguin Hamish Hamilton, Rs 599), a meditation on absence, sorrow and the legacy of the civil war, that follows his debut work, The Story of a Brief Marriage (2016).

Five years ago, the publication of his 2017 DSC Prize for South Asian Literature-winning debut work had announced the arrival of an extraordinary new voice in South Asian literature. Does publishing, and that, too, to critical acclaim, make the task of writing the second novel more difficult? “I don’t know if second novels are harder in general, but, for me, my second novel was much harder. It didn’t really have to do with acclaim or expectations — it came rather from choosing to write a novel that was formally challenging: a novel without drama, one that pays sustained attention to the consciousness of a single individual,” says the 32-year-old Sri Lankan Tamil writer.

The individual Arudpragasam is referring to is Krishan, the Tamil protagonist of his new work of luminous philosophical heft. The intimation of the accidental death of his grandmother’s caretaker Rani takes Krishan on a journey, both intellectual, emotional and physical, to the country’s Northern Province, to participate in Rani’s funeral. There is little action in the novel, focused as it is tightly on Krishan’s negotiations with a post-war Sri Lanka, but like his previous novel, this, too, is a requiem for those lost to the strife and those left behind.

Arudpragasam’s first novel, set over the course of a single day, was located in the heart of the ethnic war in Sri Lanka, the violence leaping off its pages in staccato bursts of dissonance and disruption. It followed Dinesh, a 16-year-old Tamil boy in a refugee camp in Sri Lanka’s north as the protracted war neared its end, who is forced to acknowledge the ruptures in his short, traumatic life, when he receives a proposal of marriage to a young woman, a fellow inmate at the camp. A Passage North is removed from the immediacy of that chaos, focusing instead on an inwardness born of reflection, a distance, both spatial and temporal, from the physicality of violence. From the safety of faraway Delhi, where he was an undergraduate student, Krishan first trawls news websites, blogs and civilian archives, feverishly scanning reports and photographic evidence of the ceaseless violence in a war that, much like Arudpragasam himself, his protagonist has been fortunate enough to observe from a distance. When Krishan finally returns to Sri Lanka after the war’s gory end in 2009, it is only through anecdotal accounts of survivors, through foreign documentaries indicting the Sri Lankan government of war crimes that he comes to realise the enormity of the suffering of his people. “There was an element of self-hatred in these labours, he knew, a desire to punish himself for what he’d escaped by exposing himself to it as violently as he could, but it struck him now that perhaps there was also something religious in his devotion to understanding the circumstances under which so many people had been erased from the world, as though he was trying to construct, through this act of imagination, a kind of private shrine to the memory of those anonymous lives,” writes Arudpragasam in the book.

There’s a rare incandescence to Arudpragasam’s writing, a contemplative tenor that cuts through the demand for speed that modern living urges upon one. It allows the reader to slow down, and to linger — over the craft of each exquisite sentence, over the litheness of his thoughts, that span literary and philosophical traditions. “Writing for me is the most valuable form of introspection. And because for most people everyday life is the major component of life, rather than moments of action or drama, I am most interested in the forms of introspection that occur during daily, habitual life,” says Arudpragasam.

These meditations — on one’s place in time — replace conventional narrative elements such as plot, relying, instead, on a cerebral awareness of ruptures that mark transitions. “With my first novel, there was an emphasis on depicting sound over sight, and I think that has to do with the way what we hear can be much more disorienting than what we see… To focus on sound was a way of capturing the extreme disorientation of being in a civilian camp while bombs are raining down on you for hours at a time. With the second novel, there was a converse focus on sight over sound, and that had to do with the fact that the protagonist experiences violence only second-hand, through silent images viewed on the computer,” he says.

Arudpragasam himself had grown up in the country’s capital, shielded from the trauma of the raging war between the Liberation Tigers of Tamil Eelam (LTTE) and the government to the north by his family’s relative affluence. “Growing up in a Tamil family in Colombo during the war, we made sure never to speak Tamil out loud in public, never to discuss politics in non-family circles, to always carry our identity cards with us, to never leave the house alone after dark, and always to speak in certain ways to policemen and soldiers. My class privilege insulated me in the sense that my family would use a private vehicle or a private hospital rather than public transport or a government hospital; in that sense, we had to face less daily discrimination than most Tamil families in Colombo,” he says.

By the time the war ended, he had moved to the US, to study philosophy at Stanford University, and then for a doctorate in the subject from Columbia University — early stops in his itinerant life. But even on those cocooned from its brutalities, war leaves its imprint — remembrances of collective indignity heaped on a people, simmering embers of anger, shame or grief. “Childhood experiences are always experiences without context; they appear normal to us because we have no other point of reference. My childhood experiences influenced my political outlook, but the event that most influenced my politics was, of course, the government massacres of Tamil civilians during the end of the war,” he says.

His relationship with languages has been shaped in part by this politics. His pursuit of the Tamil language — once to be spoken only in the safety of home or among trusted ones — has gained urgency over the years. “I only began to read and write in Tamil in my early twenties. Since that time working in Tamil has become very important to me. I’m doing some translation now, but it will be a long time before I would feel capable of publishing in Tamil,” he says.

Arudpragasam is in Paris at the time of the interview, a fellow at the Institute for Ideas and Imagination, Columbia Global Centers. It’s a place that is yet to feel like home. “Home is where I keep my books. I’ve left all my books in Colombo, so in that sense I don’t quite feel at home these days,” he says.