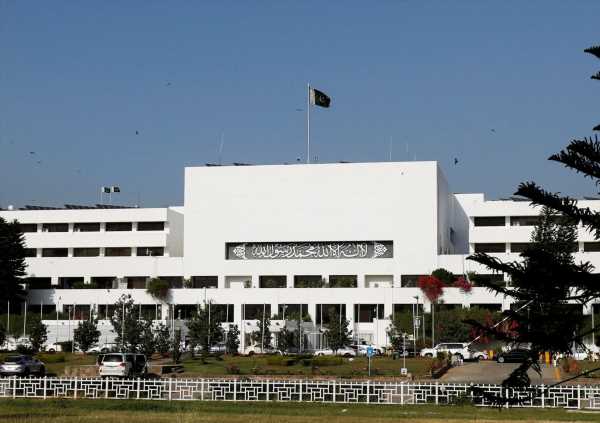 The change of government in Pakistan after the exit of hawkish Imran Khan and his likely replacement by hard-core realist Shehbaz Sharif may provide a little window of opportunity for the leaders of India and Pakistan to reset their nearly frozen bilateral ties, according to experts.

As the younger brother of former three-time premier Nawaz Sharif, Shehbaz over the years has earned the reputation of a matter-of-fact person who makes no bones while performing onerous tasks.

His realism is often rancorous for friends and foes alike.

When a Geo News TV anchor asked him a few days ago about terms of ties with the US under his leadership, Shehbaz responded: ‘Beggars cannot be choosers’ — a remark instantly compared by his opponents with Khan’s ‘honour in foreign policy’ notion.

A man who can work across the aisles in Parliament as well as with the powerful establishment with equal ease, can Shehbaz’s rise to power help to untangle the Indo-Pak puzzle?

Samiullah Khan, a Pakistan Muslim League-Nawaz (PML-N) lawmaker and close aid of Shehbaz, told PTI that his leader would chalk out a new policy for India.

Leading political analyst Dr Hassan Askari said that first of all, Pakistan and India should start the dialogue which was suspended by India in 2014 because no forward movement is possible unless they start talking.

“Since India suspended the talks, the responsibility for its revival also lies on India. No government in Pakistan has opposed a meaningful dialogue,” he said.

When Khan came to power in 2018, he promised to rebuild ties with India but soon the two countries came to blows in the wake of the Pulwama terror attack.

Though the storm passed but left behind jarring gaps in the relations with no possibility of quick mending.

The revocation of the special status of Kashmir further alienated the two sides.

Time went by with little effort by either side to unfreeze the icy ties until a no-confidence motion by the joint opposition changed the situation.

Luckily India appeared only briefly in the vitriolic-ridden atmosphere leading to the removal of Khan.

Rather the Indian part was assigned to the US, which emerged as the whipping boy in the wake of a ‘letter’ controversy.

The change could be an opportunity for resetting the ties between Islamabad and New Delhi, as Shehbaz has been saying that Khan damaged Pakistan’s foreign policy.

The main reason for hope is that the new prime minister should be seen as a continuation of Nawaz Sharif who still makes all political decisions of PML-N, and whose chemistry of relationship with Prime Minister Narendra Modi is not a secret.

There are also potential hurdles for Shehbaz and first of all he would be wary of being called as another ‘Modi ka yaar‘ (friend of Modi).

Shehbaz may hold the reins for a brief period because several opposition leaders have indicated that new elections would be held soon after enacting necessary reform, especially those related to elections.

Any relaxation towards India in this short period would be blasted by Khan as a sellout.

But the real hurdle is the ‘K’ word and it would be difficult for any leader in Islamabad to offer anything in the absence of India showing flexibility on Kashmir.

In fact, Shehbaz would be under pressure to match Khan’s oratory on Kashmir.

Uzma Bokhari, a PML-N spokeswoman, said that Shehbaz after coming to power will push India to restore the special status of Kashmiris.

“Unlike Khan, India will speak to the serious political leadership of Pakistan led by Shehbaz and listen to our concerns,” she said.

Samiullah Khan said that the PTI government failed to put pressure on India through the international community to restore the special status of Kashmir.

“Imran is even so confused that he is praising Indian foreign policy as ‘independent’ and indirectly is critical of Pakistan’s,” he said, adding Shehbaz would come up with a strong and pragmatic policy towards Pakistan’s neighbours including India.

Askari said only limited space is available to the new leadership in Islamabad, adding that India should take lead and drop a hint to engage Pakistan.

“There is no indication as yet if there will be any impact of a change of government on the ties of the two countries. First, there should be an indication from India, which I don’t see,” he said.

But he didn’t rule out improvement in the coming years.

“In the long term, the two sides can engage and revive the dialogue,” he said, adding that real change may come after fresh elections, which are expected before the end of this year.

However, Bokhari is more hopeful about ties with India due to historical reasons.

“It was our supreme leader Nawaz Sharif on whose invitation Indian premier Vajpayee had come to Lahore and peace efforts were launched between the two arch rivals.”

The strained ties dipped further after India’s war planes pounded a Jaish-e-Mohammed terrorist training camp deep inside Pakistan on February 26, 2019 in response to the Pulwama terror attack in which 40 CRPF jawans were killed.

The relations deteriorated after India announced withdrawing the special powers of Jammu and Kashmir in August, 2019.

India has repeatedly told Pakistan that Jammu and Kashmir ‘was, is and shall forever’ remain an integral part of the country.