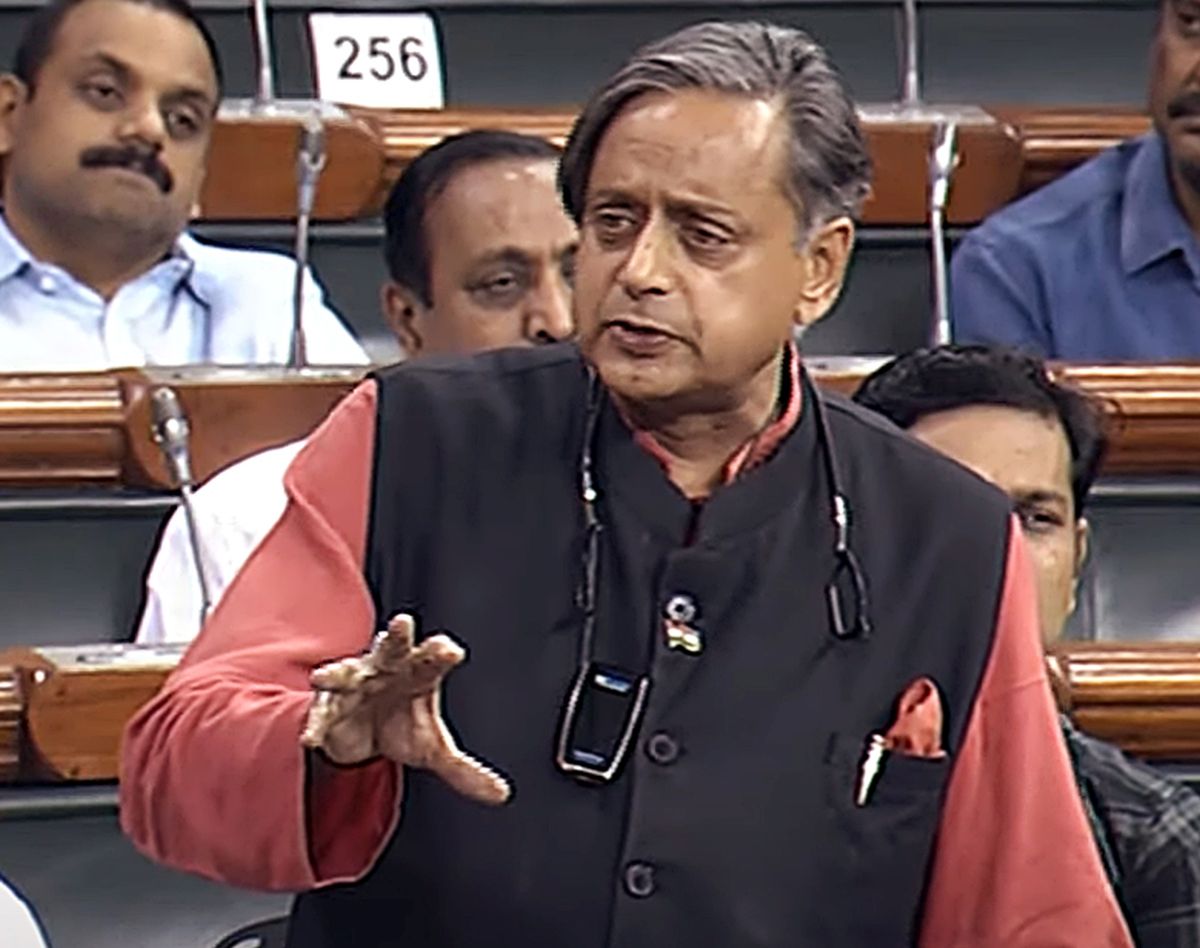 Amid the row over a new set of unparliamentary words, senior Congress leader Shashi Tharoor Sunday said he would treat the list as indicative rather than definitive, and ‘speak normally’ in the House and see whether it is applied in a ‘draconian manner’ to stifle meaningful criticism.

In an interview with PTI, Tharoor said the list is a compilation of words that have been deemed unparliamentary by various presiding officers in the last couple of years, and asserted that what will matter is how it is applied in practice.

Some are regular words which feature in parliamentary debates all the time and it is possible they were expunged in a specific context that would not apply in other contexts, the former Union minister said.

“In any case a ruling by one presiding officer is not necessarily binding on another. So I would treat this list as indicative rather than definitive, I would speak normally and see whether it is applied in a draconian manner to stifle meaningful criticism,” Tharoor said.

As always, implementation is the key, not the list itself, the Lok Sabha MP from Thiruvananthapuram asserted.

Asked about some seeing the list as a ‘gag order’, Tharoor said it is not an instruction but an indication.

“Expunging always takes place after unparliamentary words have been spoken and not in anticipation. So no one needs to feel gagged,” he said.

There has been massive Opposition uproar over certain words of common use being categorised as unparliamentary in a booklet by the Lok Sabha Secretariat.

Use of terms like ‘jumlajeevi‘, ‘baal buddhi‘, ‘Covid spreader’ and ‘Snoopgate’ and even commonly used words like ‘ashamed’, ‘abused, ‘betrayed’, ‘corrupt’, ‘drama’, ‘hypocrisy’ and ‘incompetent’ will henceforth be considered unparliamentary in both the Lok Sabha and Rajya Sabha, according to the new booklet by the Lok Sabha Secretariat.

After the outrage over the issue, Lok Sabha Speaker Om Birla had stepped in and made it clear that no word has been banned from use in Parliament but will be expunged on a contextual basis.

Asked about the circular by the Rajya Sabha secretariat stating that demonstrations, dharnas or religious ceremonies cannot be held in the precincts of Parliament House, Tharoor said there are many such rules, but the evolution of parliamentary practice in India has featured frequent violations of rules and disruptions, often preceded by slogan-shouting, demonstrations with placards and thronging the well of the House, all of which are explicitly prohibited.

“Personally I have never been in favour of such behaviour but the Opposition, whichever party is in Opposition, often tends to feel the system does not give them a fair opportunity to raise their issues and so they resort to such conduct to make their point,” he said.

“We would all prefer debate to disruption but the government needs to step forward and offer innovative ways to allow the Opposition to set the agenda one day a week, for instance, as happens in other parliamentary democracies. Otherwise we will keep issuing such rules and they will keep getting violated,” he said.

A circular by the Rajya Sabha secretariat said demonstrations, dharnas or religious ceremonies cannot be held in the precincts of Parliament House.

The circular drew ire from the Opposition, even as Lok Sabha Speaker Om Birla insisted that such notices had been issued for years.

Tharoor also said there are several issues that the Opposition and the Congress would look to raise in this session such as seeking the withdrawal of the Agnipath scheme, stresses caused by unmitigated price rise, mounting unemployment, the collapse of the rupee driving up the prices of imports, the situation on the border with China and the impact on India of the war in Ukraine.

“But will the government allow us to raise all these vital issues?” he said.

Asked about the controversy surrounding the emblem installed atop the new Parliament building, Tharoor said he had not seen it with his own eyes yet.

“If it has indeed been modified to make it look hostile and powerful rather than calm and benevolent, that would be a travesty,” the Congress leader said.

“But if the architects are able to demonstrate and prove that it’s only a matter of perspective and they have been faithful to the original, we would have less cause to complain,” he added.