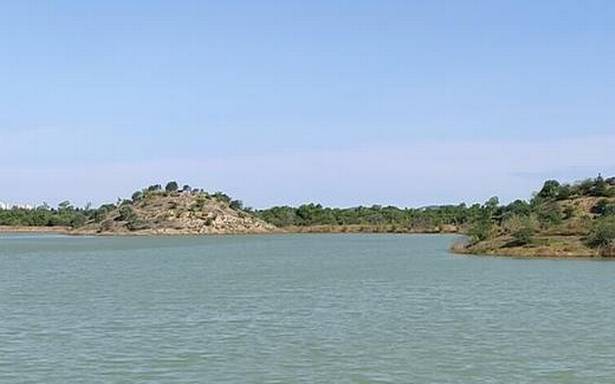 Now that the Twin Lakes at Siruseri have been ecologically restored, project head Joss Brooks hopes for a lakeside environment centre, replete with gazebos

Two corridors intersect at Siruseri: one a jigsaw of towering infrastructure, and the other, of trees. The second sits atop a bund running along the newly restored Twin Lakes.

The bigger of the two, the periya eri, holds over 50 million cubic feet of water, nearly double of what it did in 2019. Multiple small islands inviting nesting water birds rise from the lake; trees of barringtonia (the pelican’s favourite), arjuna and nochi (medicinal) line the area; and the three-kilometre bund, which serves as a walkway around the lake, has wooden gazebos on either side.

Behind this restoration project is Joss Brooks, the man who also restored Adyar Poonga and the Pitchandikulam forest in Auroville. In 2018, his company, Pitchandikulam Forest Consultants, was roped in when experts from IIT-Madras, on Tata Consultancy Services’ request, were studying how to increase the water level in the area, and more importantly, how to control those levels in case of flooding.

“We started our work in 2018. You can’t see the main lake from the road because it’s behind the bund, yet it is is a huge project. The water that fills the lake is almost pure. It comes out of a reserved forest of 300 acres above it, which forms its catchment,” says Brooks.

The forest too needs to be restored in the long term; indigenous trees will need to replace the invasive acacia, to prevent soil erosion and silt being deposited in the lake. “If that isn’t done, in a few years we’ll have to dig the lake out again,” he warns.

With the city ‘unlocking’ after the second wave of the pandemic, and its residents in need of open spaces, Brooks hopes that the lakes would be a good option. In line with this, he also hopes to create more gazebos in the area for people to sit and enjoy the lake under. The consultancy’s larger aim, as suggested by IIT-Madras as well, is to create an eco-park or an environment centre.

“We already have a plan in place for the environment centre, but we are looking for funds to maintain it. Students from local schools and colleges could come here and read posters with information about the kind of birds and fish that depend on the lake,” says Brooks. He hopes that the recent push for ecoparks — Municipal Administration Minister KN Nehru recently announced ₹2,600 crores to increase the city’s green cover along its banks — will help.

Not only will it give Chennai more open spaces to explore, the message, he says, “is for people to get involved in nurturing and protecting their environment”.

The locals at Siruseri have imbibed this lesson. “All through the pandemic, we were lucky to have a dedicated group of gardeners from the local community who would look after the lake,” he says. Maybe we too could follow in their footsteps.