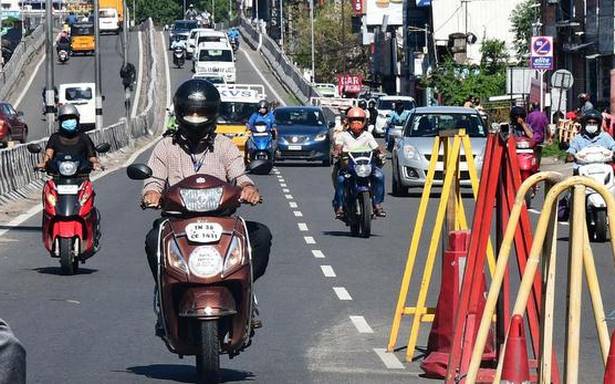 Surveillance cameras showed the woman’s body dragged for a few metres and run over by vehicles, early on Monday morning

Coimbatore City Police have launched an investigation into the death of a woman aged between 40 and 50 whose body was found run over by vehicles on Avinashi Road, in Coimbatore, on Monday.

The police are yet to trace the identity of the semi-clad woman whose face was disfigured.

Visuals from a surveillance camera of a shop at Chinniyampalayam showed the woman’s body dragged for a few metres on the wet road after a multi utility vehicle (MUV) passed the section of Avinashi Road at 5.44 a.m.

However, it was not clear whether the woman was dragged on the road after being hit by the MUV or the woman’s body was dropped from the vehicle, said a police officer.

T. Jayachandran, Deputy Commissioner of Police (Law and Order), said that a case of unnatural death has been registered in connection with the incident. “Two special teams have been formed to check whether it was an accident or a woman’s body was dumped from a vehicle. We are also checking details of missing women from Coimbatore and nearby places,” he said.

Another police officer said that the model of MUV has been identified. However, its registration number is yet to be traced, said the officer.

The surveillance camera visuals showed an autorickshaw passing through the road immediately after the MUV. The police were trying to find its driver as autorickshaws are normally operated within a locality. The police believe that the autorickshaw driver could provide some inputs about the incident.