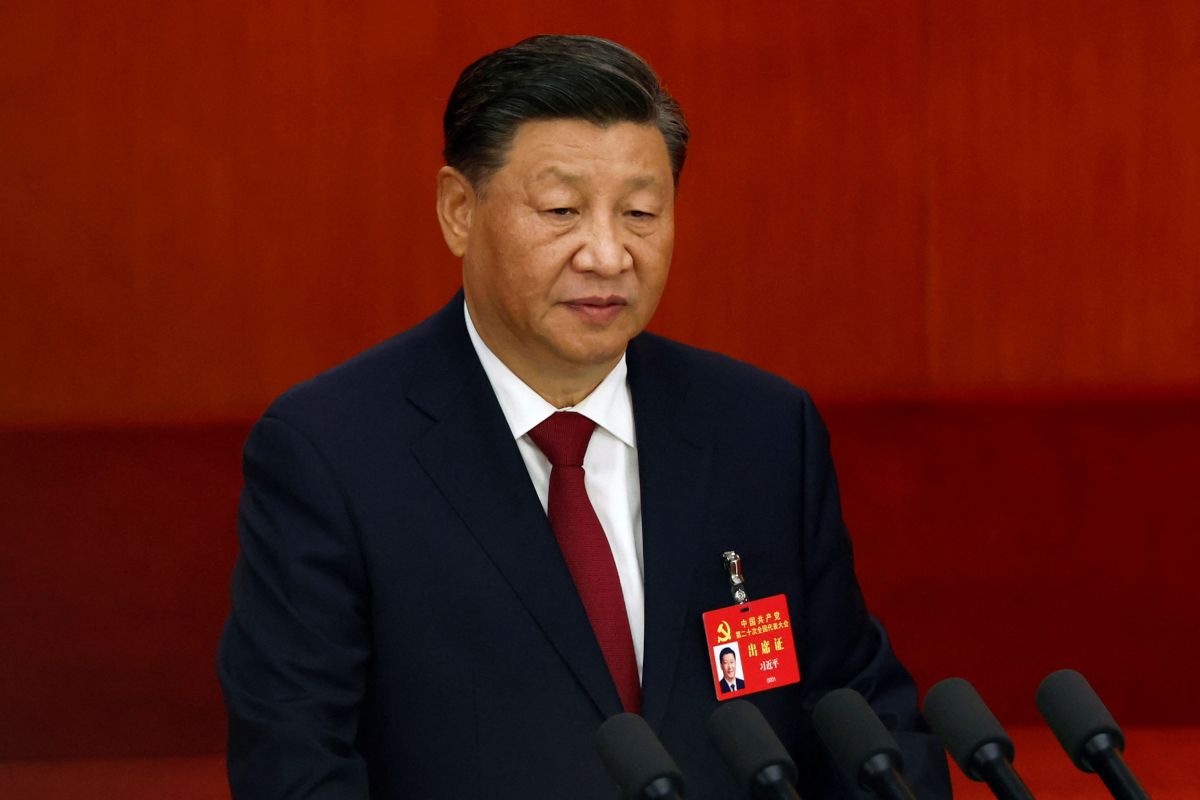 As he is all set for a record 3rd five-year term in power and perhaps for life, President Xi Jinping on Sunday warned that China will not ‘renounce the use of force’ to unify Taiwan with the mainland and vowed to advance the modernisation of the country’s military to world-class standards to protect national sovereignty, security and developmental interests.

Taiwan considers itself a sovereign state — but China views the self-ruled island as a breakaway province. Beijing has not ruled out the possible use of force to achieve unification.

“We will not renounce the use of force and will take all necessary measures to stop all separatist movements in Taiwan,” Xi said on the opening day of the week-long key once-in-a-five-year Congress of the ruling Communist Party of China (CPC), which is widely expected to confer an unprecedented 3rd five-year term on him.

Except for Xi, all the top leaders of the party, including the number two leader Premier Li Keqiang, would be replaced or reshuffled during the Congress as the administration headed by 69-year-old Xi is completing a 10-year tenure.

However, the Congress is expected to endorse Xi’s continuation as he has already been declared a ‘core leader’ of the party on par with its founder Mao Zedong.

Xi’s continuation in power will formally end the over three decade practice of its top leaders retiring after completing two-five-year tenures.

In a show of unity, almost all retired former leaders of the party — including Xi’s predecessor Hu Jintao, former president Jiang Zemin and former premier Wen Jiabao along with a host of former leaders — attended Sunday’s opening ceremony at the ornate Great Hall of the People and were seen cheering key aspects of his speech spanning one hour 45 minutes.

Xi’s pledge to complete the reunification of China, which means the merger of Taiwan with the Chinese mainland, received a prolonged round of applause from over 2,300 elected delegates attending the Congress.

Xi, also the General Secretary of the CPC, said the party must stand firm on its strategy to resolve the Taiwan issue and be determined to reunify the nation.

“Resolving the Taiwan question is a matter for the Chinese, a matter that must be resolved by the Chinese,” he said.

China has conducted intense military drills and fired missiles over the self-governing island following the high-profile visit of US House Speaker Nancy Pelosi in August, the highest American official visit to Taiwan, sparking concerns that Beijing may be preparing the ground for invasion.

“We will continue to strive for peaceful reunification with the greatest sincerity and the utmost effort, but we will never promise to renounce the use of force, and we reserve the option of taking all measures necessary. This is directed solely at interference by outside forces and the few separatists seeking ‘Taiwan independence’ and their separatist activities; it is by no means targeted at our Taiwan compatriots,” Xi said.

The president said the wheels of history are rolling on toward China’s reunification and the rejuvenation of the Chinese nation.

“Complete reunification of our country must be realised, and it can, without doubt, be realised! We have always shown respect and care for our Taiwan compatriots and worked to deliver benefits to them. We will continue to promote economic and cultural exchanges and cooperation across the Strait.

“We will encourage people on both sides of the Strait to work together to promote Chinese culture and forge closer bonds,” he said.

Achieving the goals for the centenary of the People’s Liberation Army in 2027 and more quickly elevating the people’s armed forces to world-class standards are strategic tasks for building a modern socialist country in all respects, he said.

The CPC will intensify troop training and enhance combat preparedness across the board, strengthen all-around military governance, and consolidate and enhance integrated national strategies and strategic capabilities, Xi said.

He also said that the CPC will strengthen its control of the military to obey its directives.

“We will strengthen party building across the board in the people’s armed forces to ensure that they always obey the party’s command,” he said.

The party will improve the institutions and mechanisms for implementing the system of ultimate responsibility resting with the chairman of the Central Military Commission (CMC).

CMC is the overall high command of China’s two million-strong military. Xi is also the chairman of the CMC, besides being the General Secretary of the party and President, making him the most powerful leader of the country in modern China.

During his ten-year tenure, Xi has carried out extensive reforms re-orienting the military, retrenching three lakh troops from the army and strengthening navy and air force as China expanded its influence globally with initiatives like the multi-billion-dollar Belt and Road Initiative (BRI).

Xi said the CPC will strengthen party organisations in the people’s armed forces, carry out regular activities and put in place institutions to improve the military’s political work, and make unremitting efforts to improve conduct, enforce discipline, and combat corruption in the military.

In his address, Xi mostly focused on domestic issues and the development of the party under his leadership.

Xi also said China will have to come up with capacity and institutes to ensure food, energy, key industrial and supply chains, and the lawful rights of Chinese citizens overseas.