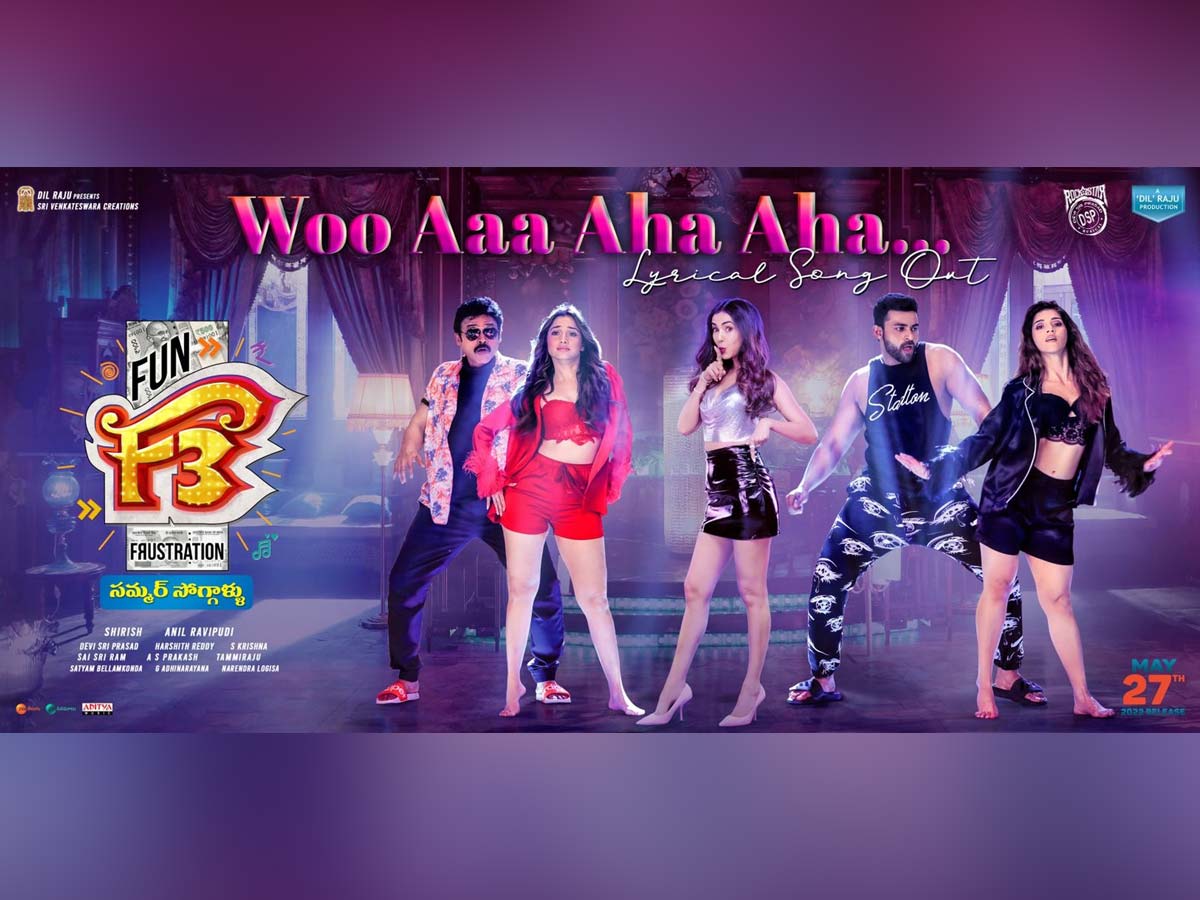 Venkatesh Daggubati and mega prince Varun Tej  are coming up with a comedy and  family entertainer F3 under the direction of Anil Ravipudi which is gearing up for the grand release on 27th May.  The comedy caper also has milky beauty Tamannah Bhatia, Mehreen Pirzada and Sonal Chauhan as the heroines. The team has started the promotional activities and today morning they released the lyrical video of Woo Aa Aha Aha  from F3.

The lyrics  are penned by Kasarla Shyam and it is crooned by Sunidhi Chauhan and Lavita Lobo. Sagar and SP Abhishek supported them well with their vocals. Sekhar VJ’s choreography is highlighted. Sunil also impresses with his dancing skills.  Sonal Chauhan also  sizzles to this romantic dance number. The special song is composed by Devi Sri Prasad.

Sonal Chauhan, Tamannah Bhatia and Mehreen Pirzada are seen oozing oomph in Woo Aa Aha Aha  , this is one of the best dance numbers in recent times.

K Raghavendra Rao also visited the sets, while the shoot of this song and the visuals are included in the lyrical video.

The movie F3  is directed by Anil Ravipudi and is produced by Dil Raju under his home banner, Sri Venkateswara Creations

The music lovers are showering praises on this song and few comments are as follows.