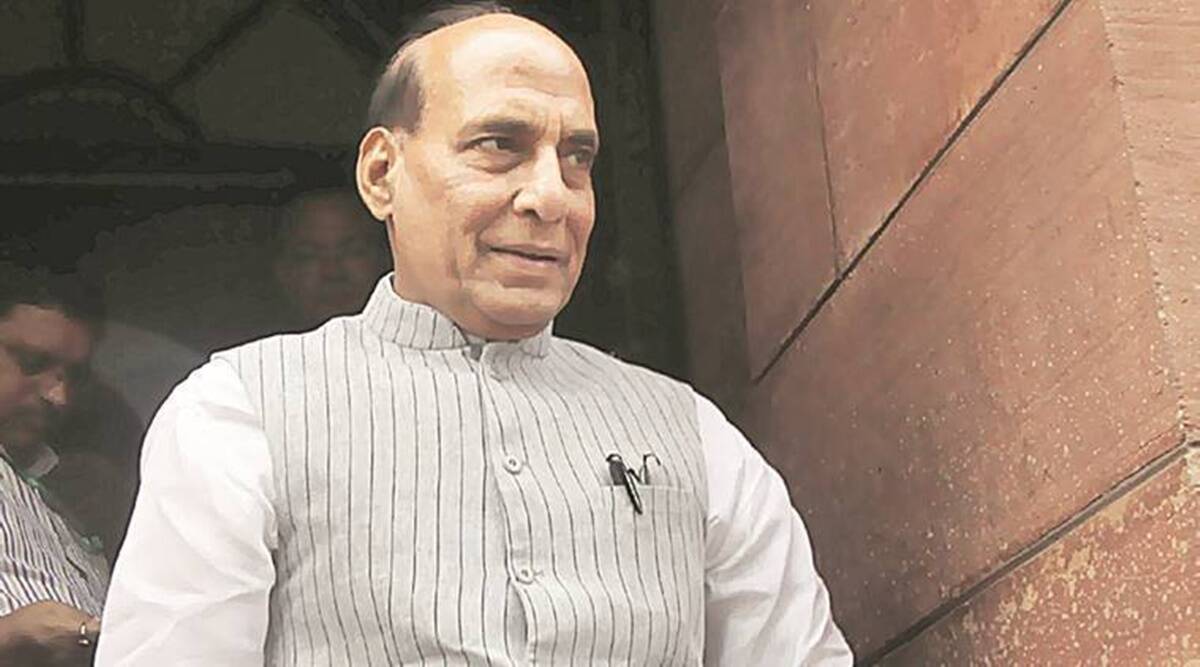 With the Taliban taking control of Afghanistan, the world is realising India’s concerns surrounding radical groups backed by Pakistan, Defence Minister Rajnath Singh said Saturday. He said the turmoil in the region has been caused by active support to non-state actors by “irresponsible” countries.

“There is growing realisation of what India has been voicing for long, with regard to the active support of Pakistan to violent radical and terror groups. Today the world is witness to the destabilising effects of terror and the especially dangerous precedence of violent radical forces attempting to gain legitimacy by creating a new normal,” he said.

The Defence Minister said that the “turmoil caused in the region has been brought about by aggressive designs and active support to non-state players by irresponsible states” and that today, “there is widespread realisation amongst all responsible nations, towards a common understanding and the need to come together against this common menace.”

Speaking at the convocation of the National Defence College, he told the officers that as students of strategic affairs, they should draw lessons from the events in Afghanistan “that are far beyond the immediate reverberations that are being felt in the region and beyond”.

“Injustice, however powerful, cannot and will not defeat the collective power of the goodness that is inherent to human existence. This sentiment is evident from an increasing number of world capitals, which have lent their voice in favour of liberalism, inclusivity and respect for international norms of governance and behaviour,” he said.

Calling for a “unified approach to conflicts both within the country and globally” by international players, he said: “Be it against terrorism or cyber challenges, success can only come by unifying our national diversities.”

“We are faced with belligerence on our land borders challenging the status-quo, cross border support to terrorism, and increasing efforts to counter our goodwill and outreach in our neighbourhood,” Singh said.

Referring to the cross-border airstrikes in Balakot in 2019, and the clash with Chinese troops in Galwan Valley in 2020, Singh said that these actions “are clear signals to the aggressors that any attempt to threaten our sovereignty will be given a swift and befitting response”.

Emphasising on the need for self-reliance in defence manufacturing, he said “India has for far too long remained dependent on import driven technologies” and added that “no country that aspires to develop as a knowledge-based economy can sustain such reliance on defence imports”