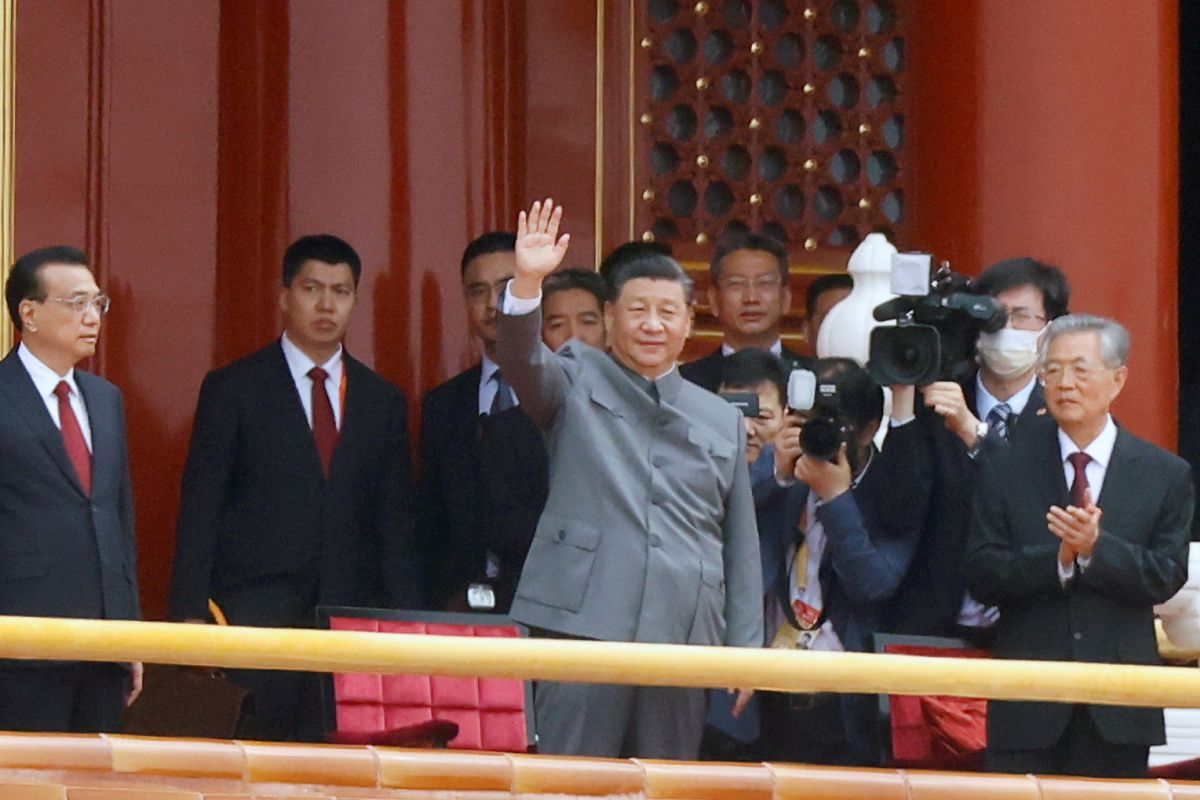 The Deng Xiaoping era of reform and opening up in China is fading.

Since coming to power in 2012, Chinese President Xi Jinping has made major departures from the key policies associated with Deng.

While upholding the political leadership of the Communist party, Deng had brought about a clear separation between the party and the State and the party and the People’s Liberation Army with the party supervising but not intervening.

This allowed the professionalisation of the State bureaucracy and the military.

A private sector-led economy was allowed to flourish.

Deng’s slogan, ‘To get rich is glorious’ legitimised entrepreneurial activity culminating in the important decision taken in 2001 to admit business owners as party members.

Deng emphasised collective leadership, an institutionalised and predictable succession in high office and a relatively strict retirement rule within the party.

What are the key changes brought about by Xi Jinping? The supremacy of the party is exercised through its active participation in governance, not mere supervision.

The State Council under the premier, as government, is now only an executive body, with policy-making in the hands of party committees headed by Xi himself.

Xi is not only the chairman of the powerful Central Military Affairs Commission of the party, but also the supreme commander of the PLA.

In 2018, the fixed two-term tenure of the president laid down in the Chinese constitution was removed.

Xi can thus remain in office beyond the second term, which ends in 2022.

State-owned enterprises have once again assumed a leading role in the Chinese economy, while new constraints have been placed on private enterprises.

In foreign policy, the new slogan is ‘fenfa youwei‘, which roughly translates to ‘striving for achievement’, which is linked to Xi’s striving to realise the ‘China Dream’.

Keeping a low profile has given way to an assertive foreign policy often manifested in aggressive ‘Wolf-Warrior’ diplomacy.

During the past year, we witnessed an even sharper turn away from the Deng era.

This phase began with the denial to the Ant Group, owned by China’s most famous and successful private tech company, Alibaba, from launching a record $37 billion IPO in New York and Hong Kong.

This was followed by penalties imposed on Didi Chuxing, a Uber-like digital car hire company for going ahead with a US listing of its shares without final clearance from Chinese regulators.

Investigations have been launched against several private companies for their monopolistic policies and violation of regulations.

A slew of laws has been passed to ensure ‘data security’ through data localisation; allow the State to access the vast data pools generated by the tech companies during the conduct of their business and to compel private companies to accept shareholding by State-owned entities enabling State representation on private company boards and direct influence on business decisions.

As a result of these measures, China’s rich high-tech companies have lost roughly $1 trillion in terms of net worth.

This is a huge loss to Chinese business and also to China’s wealth.

Is this killing the goose that lays the golden egg? No, it is to assert that the only goose authorised to lay golden eggs is the Communist party of China.

The populist turn is also reflected in the compulsory transformation of China’s extremely successful edtech companies, which offer tuition support to Chinese youth, into non-profit entities.

The rich and expanding digital gaming industry in China will be hit by the new directive limiting gaming sessions for the young to only two hours a day.

This is to safeguard the health of China’s youth and may be welcomed by anxious parents.

The bottom line is that the days of free-wheeling business practices and light regulation are over.

We are witnessing an ideological attack on China’s entertainment industry, its vibrant pop culture and a lucrative celebrity industry.

Some Chinese pop stars and film artistes have huge fan following and several work as social ‘influencers’. This is regarded as a threat to party authority.

Deng’s reforms had marked the retreat of the State from the private lives of its citizens, allowing them to enjoy a higher standard of living and leisure activities as long as they did not question political authority.

This will change as the party now assumes the role of a moral guardian, dictating personal and social norms.

Domestic developments in China have an international context and are related to how China under Xi Jinping interprets the world around it and seeks to respond to new challenges.

China anticipates a long period of all-round competition and confrontation with the US.

Rather than wait for the US to impose ‘decoupling’, China is doing so pre-emptively and pro-actively itself.

Chinese private sector companies, it is feared, could become ‘hostages’ to the US or put their profit motive ahead of national interests.

But US and Western companies are still encouraged to invest in China because they may serve as hostages on China’S behalf.

Chinese firms are discouraged from listing on Western bourses and encouraged to migrate to national exchanges.

Culture is seen as an area of vulnerability. Hence. the attack against celebrity culture imported from the West and against ‘sissy-boys’ and effeminate pop stars.

Their pernicious influence is said to lead to the ‘loss of virility’ and subversion of the socialist system from within — the much feared ‘colour revolution’.

These populist moves are with an eye to the party Congress next year when Xi will have to win the party’s approval for his continuance as party general secretary and president.

But they are not entirely tactical.

There is a strong pushback to these moves.

A period of political churn and uncertainty may lie ahead.

Chinese foreign policy will acquire a more ideological and less pragmatic character. It will be conducted with more nationalist overtones.

This does not bode well for India-China relations.

Shyam Saran is a former foreign secretary and a senior fellow Centre for Police Research.