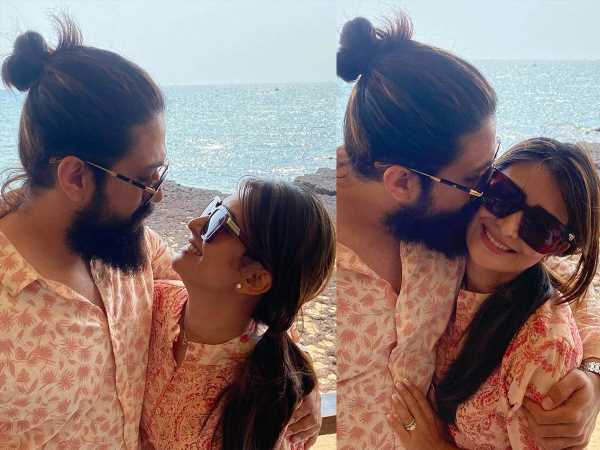 KGF star Yash and Radhika Pandit met for the first time on the sets of the TV show Nanda Gokula and started dating only  ten years after being friends. Yash met Radhika during a shoot, but back then they hardly spoke as she thought that the actor had a lot of attitude. Their love story took many twists and turns. Initially, Radhika Pandit hardly took any initiative to speak with the actor  Yash and post the shoot, they did not try to come in contact with each other.  But slowly, they turned best friends and started spending a lot of time together. They have worked together in 4 films. They got married in  the month of December 2016 in Goa.

Radhika Pandit who is an active user of the social media sites, took to her instagram to share a few pics of her with Yash. In one of the pic, Yash is seen planning a kiss on Radhika’ cheek.

On the otherside, KGF 2, helmed by Prashanth Neel, was arrived at the theaters on 14th April and is crushing the records at the box office.