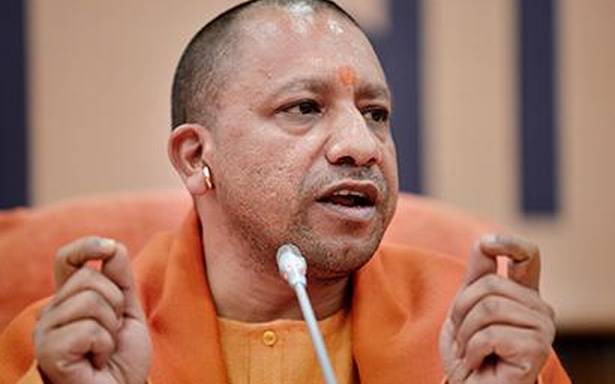 In a bid to woo agrarian communities at a time when farmers in west Uttar Pradesh have been protesting for months against the three new farm laws, Chief Minister Yogi Adityanath has promised to withdraw cases lodged against them for stubble burning while also considering an increase in the procurement price for sugarcane.

Mr. Adityanath’s efforts to reach out to farmers especially those in western U.P. comes days before the scheduled panchayat called by the Samyukt Kisan Morcha, a body of farmer unions leading protests around the national capital for the last eight months, in Muzaffarnagar on September 5.

In another important announcement, Mr. Adityanath said the government was also considering increasing the procurement price for cane and a step would be taken after a discussion with all stakeholders.

“The farmer should not worry or come under any influence,” he said on Wednesday at an interaction with farmers here under the banner of ‘Kisan Bhaiyo se Samvad.’

At a time when farmers in western U.P. could upset the BJP’s poll calculations in the region, Mr. Adityanath vowed that his government would protect the rights of farmers. “We will not let you have any problems,” he said.

From 2010 to 2017, U.P. had pending cane arrears and since the BJP came to power, its government paid sugar dues worth ₹1.42 lakh crore, said the Chief Minister.

The Chief Minister also promised farmers that sugar mills in western U.P. would start functioning from October 20, those in central U.P. by October 25 and eastern U.P. by the first week of November.

Responding to the Chief Minister’s announcements, Rashtriya Lok Dal president Jayant Chaudhary, whose party has been at the forefront of the farm protests, wondered if the BJP government was playing with numbers to deceive farmers.

“Why did you not increase the procurement price for cane? You had promised to pay the dues in 14 days but now you say this will break the back of the mill owners,” Mr. Chaudhary said in a tweet directed at Mr. Adityanath.