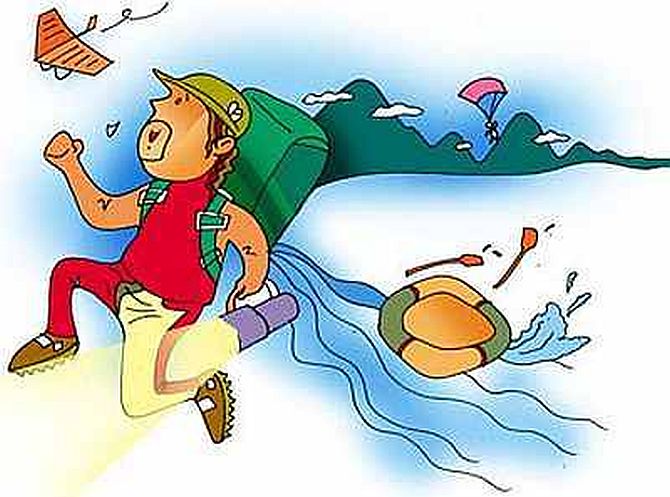 It was supposed to be a happy journey to London, one that the Imam family had been planning for the past two months.

Everything was set — except the visa, which did not arrive in time for one of its members. 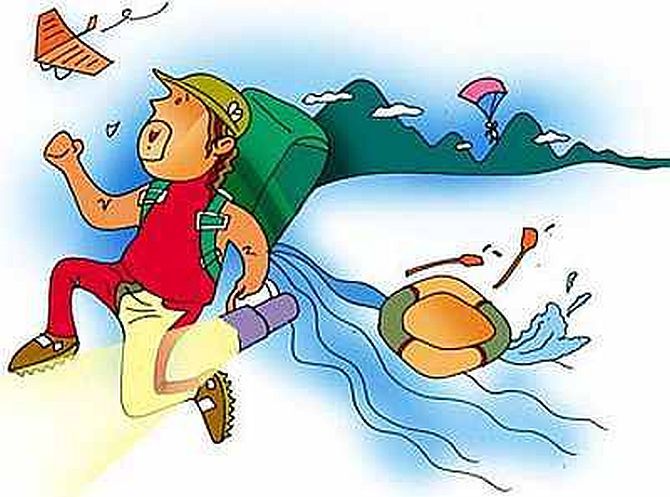 “Visa was the villain…As a consequence, half of the family of four will be in London today and the other half at home in India and the US, respectively,” Sanjar Imam, director of travel firm Panache World, wrote in a Facebook post on Sunday.

Sanjar’s story is illustrative of some of the challenges globetrotters are facing today — limited visa appointments, steep airfares, and congested airport terminals.

The post-pandemic opening of borders has led to a surge in demand.

Travel costs have increased due to the Ukraine war. But airlines and airports in Europe and Canada that laid off staff during the pandemic are now short-handed.

Visas, too, are getting delayed to the extent that the problem has prompted the ministry of external affairs to intervene.

“We continue to see high demand for overseas travel but we are unable to service all of our customers because of visa challenges,” said Guldeep Singh Sahni, former president of the Outbound Tour Operators Association of India.

“Business has not fully recovered and is still at 60-65 per cent of the pre-pandemic time.

“The US embassy in Delhi announced the resumption of in-person appointments for fresh tourist visas from September.

“But for some applicants, the wait time is over a year,” he added.

However, some applications may take longer, a British High Commission spokesperson said.

Australia, which has seen a 50 per cent increase in visitor visa lodgments compared to 2019, is advising Indian tourists to apply at least eight weeks prior to the intended departure date.

All appointments for Schengen visas (business, tourist, visit) are fully booked till mid-September, according to the German Embassy in Delhi.

The situation is similar for Iceland.

A researcher who had to attend a conference in Iceland in August found that the earliest appointment for a visa was available only in September.

And this was even though he started trying for a visa as early as May.

He had to eventually pull out of the conference.

An US embassy spokesperson said that depending on where the visa application is filed, the next available appointment for a fresh B1/B2 visa (business/tourist) may be as early as January 2023 or as late as July 2023.

“However, this number will fluctuate as appointments fill and new appointments are opened on our interview capacity,” he said.

“We are now offering appointments for all visa classifications.

“However, due to high demand for visa appointments and limited consular resources, wait times are significant for all classifications,” the spokesperson said, adding, “This situation is likely to persist for some time.

“We are doing everything we can to reduce wait times.

“The consular section will continue to add more appointments on a rolling basis as resources permit.”

There have also been reports of track-and-field athletes from several countries, including India, facing trouble getting visas to the US to travel for the World Championships in Eugene, Oregon.

Obtaining a visa is just one of the challenges.

Tourists also have to deal with a new set of regulations and compliances brought in the wake of the pandemic.

“For those who are used to seamless travel, this is not an easy time.

“The chaos at European airports is only adding to travel stress,” said Sanjay Dutta, managing director of Airborne Travels, a Delhi-based travel agency.

“Senior citizens are especially worried and some are thinking of rescheduling their tickets.

“But in such cases, customers will have to incur extra cost.”

Also, recently, the Heathrow airport in London decided to cap daily passenger departures to 100,000 as a response to overcrowding.

The cap will remain in place till September 11. The situation is similar elsewhere in Europe, too.

A shortage of ground staff and security personnel has been causing chaos at major European airports, resulting in flight delays, mishandled luggage, and capacity cuts.

On July 11, Delta Airlines ferried an empty Airbus A330 aircraft just to carry 1,000 bags from London to Detroit.

Navdha Dhingra, who travelled out of the Amsterdam Schiphol airport on Sunday, tweeted her angst about the three-hour wait time.

“Out of this, two hours was just waiting for check-in and one hour walking from security lines starting outside the airport entrance,” she wrote.

“Do not underestimate the queue time (at Schiphol),” a passenger from Denmark tweeted.

“Bring water. Painkillers. Food and most importantly patience – you’ll need it,” he wrote.