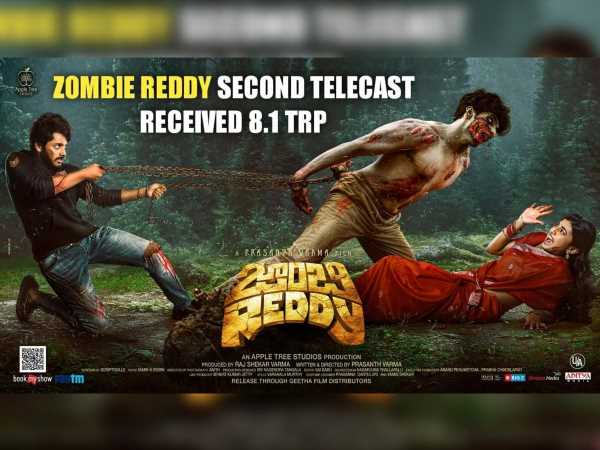 Director Prashanth Varma amazed  the movie lovers with his first film Awe   starring Nithya Menen, and Kajal Aggarwal, which was bankrolled by natural star Nani. Later he came up with Kalki starring Dr Rajasekhar, which was a dud at the box office.  Prashanth Varma ‘ previous offering Zombie Reddy starring Teja Sajja, was a blockbuster.  The movie Zombie Reddy is the first zombie film made in Telugu cinema. Made on a low budget, earlier the film was out on Maa TV and made a solid TRP of 9.7. Once again, it was telecasted on Star Maa and in its second telecast, Zombie Reddy recorded 8.1 TRP.

Teja Sajja starrer has garnered a very good response. The makers of ”Zombie Reddy’ are thrilled with the overwhelming response. The TRP shows that the audience has really loved the film.

Prasanth Varma’ magnum opus Zombie Reddy follows the story of a game developer Mario, who attends  the wedding of his friend in Rayalaseema gets caught up in a mysterious zombie attack and he finds a way to save the day before the virus spreads.