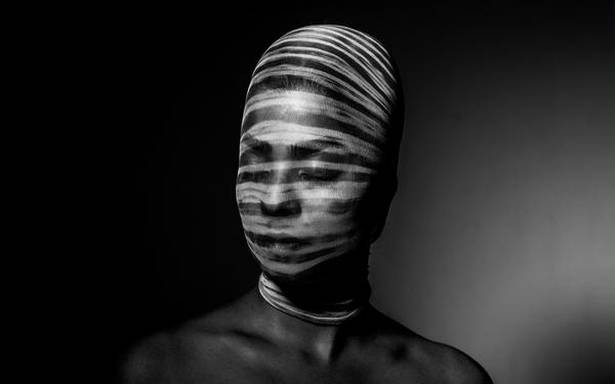 A green tin trunk. Inside are toffee boxes filled with stamps that have travelled countries, continents and time. Handwritten recipes, letters, and sepia-tinted envelopes. A pictorial stamp inscribed for the Ottoman Empire in 1914, when they were nearing total collapse, featuring the former Ministry of War which is now the entrance to the Istanbul University; a handwritten recipe for Everton toffee; a 1935 stamp of Ferdinand Magellan’s landing on the island of Cebu (now part of the Philippines) in 1521.

When photographer Ami Gupta chanced upon this treasure chest, a new world opened up. The world of Banoo Pestonji, a woman she had never met and to whom the trunk belonged. Ami instantly realised that this unique collection of historical markers is worth a display.

In the group show A Moment In Time at VA Art Gallery, curated by Varuna Arvind and Upasana Asrani, Ami uses photography to record them for posterity. “This was given to my father by his friend in the ’80s, but they date back to much earlier. There was also a book that was part-recipe and part-stamp book. For the stamps, I also used a magnifying lens to show the details, especially the texture of the paper,” she says.

Alongside her display stand portraits, landscapes, people and architecture, frozen in time by other Chennai-based photographers: Praneeth Reddy, Rakshitha Arvind and Nirali Datta. In the quaint gallery space, each artist gets their own section, amid a flurry of art and decor pieces that have a permanent place.

Praneeth’s collection is a series of powerful black-and-white images — all shot in one corner of his room. The four portraits show models in veils, drapes falling in waves across their faces; an attempt to recreate medieval sculptures through portraits. “In all of my pictures, I would like it if the identity of the person is not revealed. I try to use masks or similar props to ensure that,” says Praneeth. In his notable work titled Hew, thin, streaked fabric masks a face. The controlled lighting makes a powerful statement.

As for Nirali, mundane activities call for documentation. Hers is a mix of black and white, as well as coloured photographs, with a specific interest in the sea and skies of Chennai. A seemingly pixelated frame of a building keeps one guessing: It is the reflection of a building on a pool of water.

Meanwhile, Rakshita Arvind’s windowscapes take one through Chennai in lockdown. Says Rakshita, who shoots on film, “Last year, I found myself drawn to windows. There was something about trying to show the space or the people inside. There’s a little mystery to it.”

A Moment in Time is on display at VA Art Gallery, Gandhi Mandapam Road, till September 21