The Assam Accord of 1985 began with the assurance that the “government has all along been most anxious to find a satisfactory resolution to the problem of foreigners in Assam.”

In the late 1970s an extraordinary student movement had taken roots in Assamese soil. The Mangaldoi constituency which was voting in a bypoll after the death of its MP Hiralal Patwari was under the spotlight. The seat, with a very high concentration of East Bengal immigrants, drew national attention due to a sudden rise in number of voters compared to the previous election two years back. Even as reports suggested large scale immigration from Bangladesh into the state, on June 8, 1979 the All Assam Students Union went on a 12-hour general strike demanding the ‘detention, disenfranchisement and deportation’ of all foreigners. What followed in the next few months and years was a spree of protest movements, several rounds of negotiations with the government and ultimately the signing of the Assam accord in 1985 that listed down a number of measures to be taken in order for the state to deal with the issue of immigration.

It’s taken 33 years for this crucial piece of the Assam Accord to finally fall into place. On Monday, when the final draft of the National Register of Citizens was released, close to 40 lakh residents of Assam were disappointed to find their names missing from the list. With the Opposition, especially West Bengal chief minister Mamata Banerjee slamming the move, BJP president Amit Shah reminded everyone that the accord was signed in 1985 under the Rajiv Gandhi-led Congress government. “Rajiv Gandhi signed the Assam accord in 1985, which was similar to NRC. They did not have the courage to implement it, we did,” he said in the Rajya Sabha on Tuesday.

What was the Assam movement?

The issue of immigration had rankled ethnic relations in Assam since the years preceding Independence. American political scientist Myron Weiner, carrying out a census study in Assam, had noted based on the projection of the 1891 census that immigrants and their descendants would then number 8.5 million as opposed to locals and their descendants at 6.5 million. After free India took birth, however, the issue was brushed under the carpet until 1979 when the Assam movement began. What kept the immigration issue at bay was the centrality of language issue in defining the boundaries of ethnic conflicts for a long time.

While the immigration issue did come up once in a while, it was only in 1979 that it shook the state, defining the contours of ethnic and religious relations for years to come. “It ruptured carefully nurtured ethnic coalitions that were at the foundation of political stability in the state, setting the stage for a prolonged period of political turmoil,” writes political scientist Sanjib Baruah in his article ‘Immigration, ethnic conflict and political turmoil- Assam 1979-1985’.

The 12-hour strike of June 8 was soon followed by the formation of the Assam Gana Sangam Parishad (AGSP) for conducting a coordinated statewide movement. “An unprecedented mass popular upsurge followed in the form of sit-ins, picketings in front of government offices, strikes, and symbolic disobedience of the law,” writes Baruah. Between 1980 and 82 close to 23 rounds of negotiations took place between the movement leaders and the central government. Even though the Assam movement had sufficient support, there were many against it as well considering the size of the immigrant population in Assam and the political cost of agreeing to the demands of the movement.

By the end of 1982, however, an agreement was reached between the center and the movement leaders that all those who made it within the Indian borders between 1951 and 1961 would be given citizenship status, while those who came after 1971 would be deported. But the status of those who entered between 1961 and 1971 was not resolved. Also, there was no agreement upon the procedures to be used in order to conclude the status of a resident. In the meantime the movement had gained sufficient momentum to be able to disrupt the functioning of the government including the 1980 parliamentary elections and the Assembly elections of 1983. 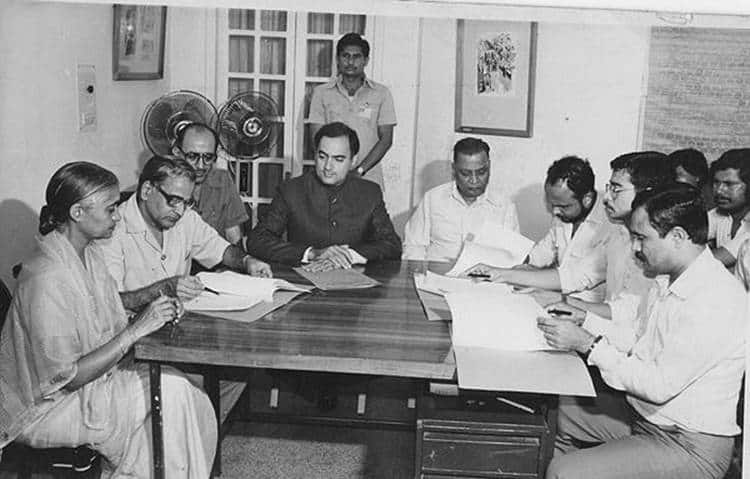 Negotiations between the movement leaders and the central government were once again initiated in 1984. By this time the Janata party was no longer in power and the government lay in the hands of Rajiv Gandhi. Consequently, an accord was signed on August 15, 1985, according to which all illegal aliens who entered the state between January 1966 and March 1971 would be disenfranchised for 10 years and those who came after March 1971 would be deported. Once the accord was signed, the state government was dissolved as fresh elections were held on revised electoral rolls in December 1985.

What is the Assam Accord?

The Assam Accord of 1985 began with the assurance that the “government has all along been most anxious to find a satisfactory resolution to the problem of foreigners in Assam.” Consequently, it put together a list of resolutions to be implemented in order to solve the immigration issue in Assam.

As per the accord all people who came to Assam prior to January 1, 1966 would be given citizenship status. Those who moved in between January 1, 1966 and March 24, 1971 would be “detected in accordance with the provisions of the Foreigners Act, 1946 and the Foreigners (Tribunals) Order 1964”. Their names would be deleted from the electoral rolls in force and would remain disenfranchised for a period of 10 years. Lastly, the accord provided a resolution to the case of those who entered Indian borders after March 24, 1971. “Foreigners who came to Assam on or after March 25, 1971 shall continue to be detected, deleted and practical steps shall be taken to expel such foreigners,” said the accord.

The signing of the accord ensured that the agitation came to an end. However, several clauses mentioned in it are yet to be implemented, and that in turn has kept the issue burning along ethnic, religious and geographical lines for the last three decades.

For all the latest Research News, download Indian Express App