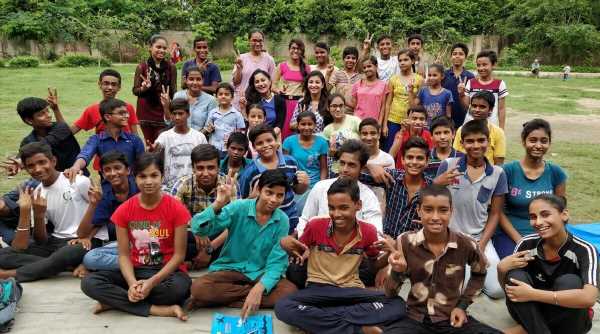 Across the country, various foundations are working to provide the right kind of guidance to youngsters from disadvantaged backgrounds in the form of NEET/JEE coaching or after-school support groups, besides providing financial, academic as well as career-oriented support Seventeen-year-old Shaikh Jakir Hussain of Tisgaon, Maharashtra lost his father in 2003 to neurocysticercosis – a parasitic infection that affects the brain – as his family could not afford the expensive medical treatment. Even as grim poverty stared him in the face, Jakir set his mind on becoming a doctor but nearly gave up on his dream due to the prohibitive cost of NEET coaching.

Thanks to Lift for Upliftment (LFU), a free NEET coaching initiative for underprivileged students, Jakir was able to clear NEET-UG this year. Run by doctors of Pune’s BJ Government Medical College, the faculty at LFU comprises students of medical and engineering colleges across Maharashtra.

Talking to indianexpress.com, Jakir said, “After my father’s death, the sole breadwinner of the family has been my elder sister who runs a stitching shop. Due to financial constraints, my dream of becoming a doctor always seemed distant until a friend introduced me to LFU. Even though I joined their programme in Class 12, the faculty was co-operative and helped me both academically and financially.”

The NGO was started in 2015 by a group of medical students of BJ Medical College and was subsequently joined by all later batches, said LFU trustee Dr Farooque Faraz. Its NEET coaching begins in Class 11 and is exclusively for underprivileged students.

“We guide these students not just on NEET preparation but also on their Class 11 and 12 syllabi. Most students in our batches belong to tribal families or are from extremely poor backgrounds. We make sure to provide them with not just guidance, but also the right mentorship. Therefore, we organise mentorship programmes to understand the problems in their daily lives which hamper their studies,” Dr Faraz said.

During the lockdown, these students went back to their native places, but the LFU faculty ensured that they kept up their study schedule. “Many of our students could not afford mobile phones for online classes. Hence, we lent them our spare mobile phones,” he said. This year, 25 students of LFU, including three from Maharashtra’s tribal regions, will be taking admissions in medical colleges.

Another such programme that helps medical aspirants is the Zindagi Foundation in Odisha run by academician Ajay Bahadur Singh, who wanted to become a doctor himself but had to make do without medical coaching and eventually shelve his dream due to severe financial constraints.

This year, all 18 students coached by Singh qualified the NEET-UG exam. Among those who made it to the merit list are the sons of a landless farmer, a milk vendor, a rickshaw puller and the daughter of a poor weaver.

Seeding and nurturing big dreams
Parkshala, an after-school support group in Delhi and Noida, works to bridge the educational and other gaps between hundreds of underprivileged children and their affluent peers. As its name suggests, the NGO runs classes in local community parks.

Parkshala founder Priya Gupta believes that proper guidance at the right age can help these kids dream big and only if they dream will they be able to pursue it to fruition.

“When I initially began the NGO, it was hard to see that the children had no professional dreams. To their best, most of them wanted to pursue any random diploma that would land them a decent job offering Rs 10,000 monthly salary. This is when I decided to counsel them to identify their interests and pursue them as their careers,” Priya told indianexpress.com.

“At Parkshala, we utilise already available resources near the villages and slums of these children. The idea is to reach a maximum number of children whose parents are reluctant to send their wards to schools or better curricular classes. We don’t just focus on academic teaching, but also engage these children in sports and extracurricular activities. We also have a football team coached by a professional,” Gupta explained.

The foundation claims to have directly impacted more than 700 children who are pursuing courses and careers of their choice. “The right career guidance has led them to great career options where some of our students are pursuing a career in the merchant navy, defence and medical care, among others. Recently, one of our Parkshala students in Noida secured 99 per cent in the Class X board exams,” she shared.

Central and state governments have also come up with various initiatives to help underprivileged students prepare for competitive exams. Recently, the Delhi government launched the Jai Bhim Mukhyamantri Pratibha Vikas Yojana for school children who want to become doctors, engineers, civil servants or serve in any other government job. The state government has tied up with 46 private institutions that provide coaching for various entrance and competitive exams.

Children belonging to Scheduled Castes (SC), Scheduled Tribes (ST), Other Backward Classes (OBC) and those whose parents have an annual income of up to Rs 8 lakh can avail the scheme.

SAARC Multipurpose Society International, a charitable NGO in Maharashtra’s Nagpur, works in collaboration with the central government to run an exclusive project for school dropouts between the ages of 17 and 35 belonging to the BPL category.

“We identify, mobilise and enrol such students at different levels of National Institute of Open Schooling (NIOS) for which they are given a monthly stipend of Rs 1,000 as sustenance allowance for six months. After completion of their basic education, they are inducted into the modular employable skill training programme of three months’ duration linked to placement in different sectors,” a spokesperson of the NGO informed.

It currently runs six projects under the Ministry of Minority Affairs for the education, skill development and training of tribal children in Maharashtra.

Corporates in the game

While governments are still figuring out ways to implement the schemes for a larger impact, some corporates have taken the lead to attempt and deliver results. Rashmi, a member of Jharkhand’s Birhor tribe, which is on the verge of extinction, has become the first student from the community in Ramgarh district to pass the higher secondary examination this year. Her education has been taken care of by the Tata Steel foundation’s Aakansha project.

One of the major impacts of the project has been observed in Jharkhand, where the foundation has enrolled 262 students from Sabar, Birhor and Paharia tribes of Jamshedpur into six different residential schools.

Similarly, the Oil and Natural Gas Corporation Ltd (ONGC) runs the Centre for Social Responsibility and Leadership (CSRL) to address the issue of lack of opportunities for underprivileged but talented students. CSRL educates such students through its various Super-30 projects which are being executed at 23 locations across 14 states. Recently, 15 of the 29 students trained under Super-30 fulfilled their dream to join an IIT by qualifying JEE-Advanced, 2021.