Kangujam has also devised a 'survival kit for the future' (SUKIFU), with support from IIT Jammu, which houses a plant in a glass box and connects it with a facemask to deliver clean air. She had to drop out of mainstream education to continue her protest. 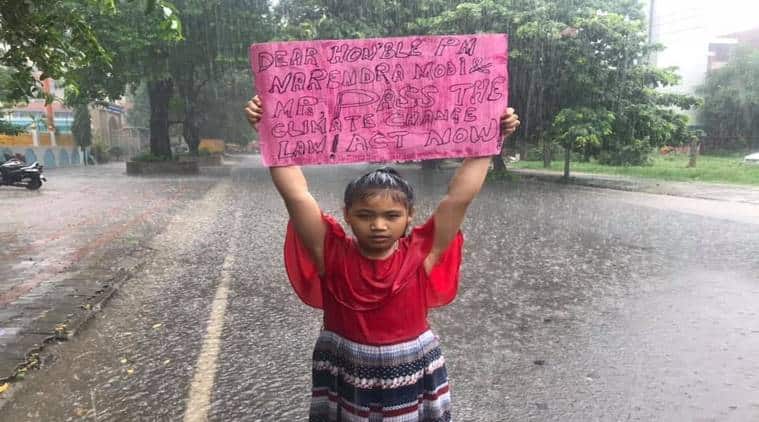 Just like activist Greta Thunberg, eight-year-old Licypriya Kangujam from Manipur has taken it upon herself to fight for her generation’s right to live on a cleaner planet. Stating that global leaders need to ‘act upon their talks’, the second-grader stood outside Parliament House in June asking Prime Minister Narendra Modi to implement climate change laws in the country.

Apart from holding talks, awareness campaigns, rallies and helping victims of natural calamities, Kangujam has also devised a ‘survival kit for the future’ (SUKIFU). Developed with help of academicians from Indian Institute of Technology (IIT) Jammu, the kit houses a plant in a glass box, connected to a mask to provide clean air.

She has voiced concerns across several international platforms urging world leaders to act on the issue of climate change and reducing natural disasters. Starting her battle at the age of seven, Kangujam is said to be the youngest Indian to represent India at the United Nations (UN) Headquarter, New York.

Her efforts have received recognition, including the Dr APJ Abdul Kalam Children Award 2019, India Peace Prize 2019, and World Children Peace Prize 20. Along with Greta Thunberg, she attended the UN General Assembly 2019 meeting which was held to give a platform to the young environmentalist. “I feel sad when I see the air pollution crisis in Delhi. This device will give us clean air and draw the attention of experts who are responsible for our future to act upon it,” commented Kangujam, who received inspiration for the device from a short film ‘Voyage on the Planet’.

She aims to become a space scientist to create a cleaner living space beyond Earth for humans. “Our earth is dying. People are not listening and doing whatever they wish to do with it. In future, I want to become a space scientist, launch rockets and find ways to grow trees and arrange water on the moon,” the eight-year-old told indianexpress.com.

The daughter of an activist, she attended a UN conference in disaster management in Mangoli in 2018 (then aged six). This, she claims, prompted her to think about helping victims of man-made disasters in her home country. She started ‘The Child Movement’ by the age of seven, she informed. 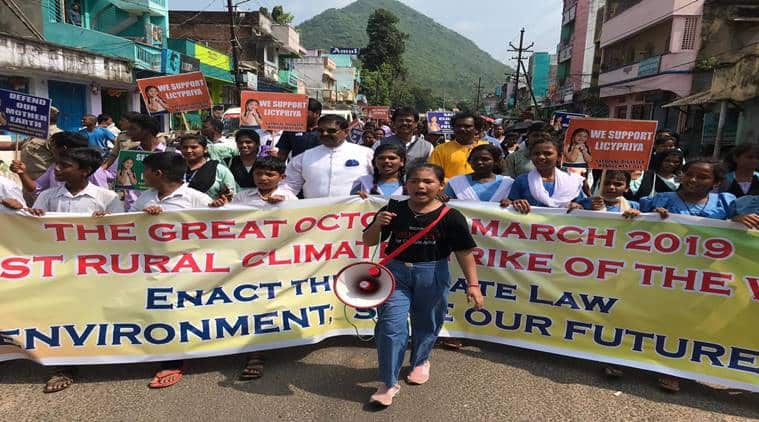 Today, at the age of eight, she has already visited 18 countries as part of her movement, but had to drop out of mainstream education. “I tend to go to conferences and organise rallies during my holidays but still it becomes tough to manage time, studies and travelling,” she informed.

The battle is an uphill one for the parents as well. “She dropped out of school in February to protest every week in front of the Parliament at New Delhi. It was difficult for us to travel to Delhi every week and she had to call upon world leaders to take immediate climate action to save their future and the planet,” said her father KK Singh.

“As a parent, it is very difficult as we have to accompany her journey and give positive guidance to reach her goals. We also struggle to manage time to support her campaign. While we encourage her to campaign only on weekends and holidays, she is self-motivated. We make extra efforts at homeschooling, since she has not attended school since February 2019,” informed Singh.  She has recently got an offer from a reputed school for free education.

Kangujam urged children across the country to act upon the climate crisis and ask their parents to “use bicycles where they can and avoid cutting trees as well as products made out of trees.” Gurudas Shenoy: ‘This break has been a blessing’ ‘Happiness is on the way’ for Hardik and Natasa