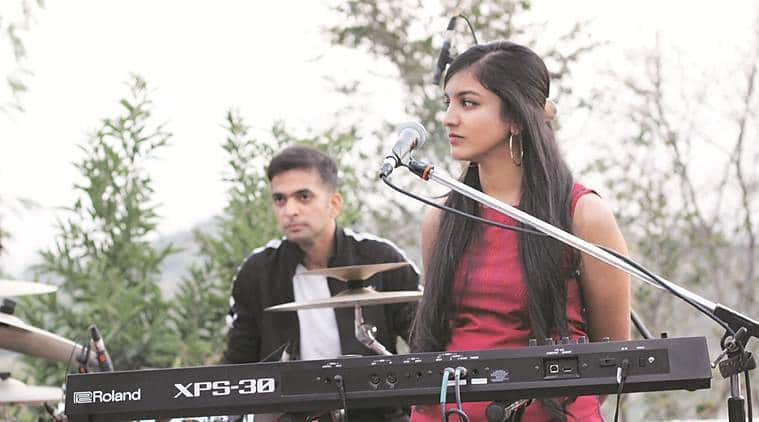 When Aditi Ramesh left her job as a corporate lawyer to pursue music, her expectations were simple — she wanted to engage with the art form and score a few gigs in the process. She did not expect to release original music, or to be recognised in the scene or to find avid listeners. “What has happened is far beyond anything I had expected,” she says. After performing for a few months, she released her first EP – Autocorrect – in 2017 and her voice, along with fusion of jazz, blues, soul, RnB and funk with Carnatic, and simple and relatable lyrics got her people’s attention. Over the weekend, she performed in the Capital, at the November edition of Under the Banyan Tree on a Full Moon Night.

Though she is known for a varied soundscape, it is the lyrics that drive her music, says Ramesh. “There are a lot of things I want to say, a lot on my mind I want to share. So, many a times, it is the music that follows the words,” she says. In Marriageable age, she recollects all that people say when girls reach the “dark side of their twenties”. Folders is inspired by a conversation she had with her flatmate about balancing her day job and music career. There is also Efflux of time, which is otherwise a legal term, where she sings about the daily struggle of managing time. For this, she had used a guitar looper to loop the backgound vocals with just a little bit of keyboard. For others, she collaborated with her band — Ishan Jandwani on the drums and Keenan Thomas on bass.

Though it took them two months to create Autocorrect, she recorded her latest and second EP — Leftovers — in a day. “I perform a lot. Different audiences may not have heard my stuff but we’ve played it so many times; we keep introducing new songs one by one so that we have something to feel excited about. We had been playing the songs in Leftovers for a year, so we could record all four in a day,” says Ramesh, who plays the keyboard. For her Delhi gig, she played a new song called Childhood. “It’s about the time when we were kids and wished to be older and how when we grow older, we recognise the value of what you had as a child,” she says.

Ramesh’s initiation in music happened when she was living in Buffalo, New York, through lessons in Carnatic vocals and Western classical piano. But music took a backseat as her family moved to Bengaluru, when she was 15, and academics took her attention. “Every time I used to see other people perform, it bothered me that I’ve lost touch with it,” she says. However, she was listening to a variety of music — Carnatic classical, Western classical, jazz, blues, soul, reggae, RnB, and folk — and that made her return to the art form a little less difficult.

When Ramesh started out, she did not go for any sound in particular, it just evolved. The singer-songwriter, who has come to be known for bending genres and making ‘Carnatic jazz fusion’, doesn’t approve of that tag. For her, it is just music. “I don’t like to put in certain styles just for the sake of it, it should flow and not feel forced, especially when one is going between genres. I noticed that many Carnatic scales have similarities with jazz scales, so there are certain points in the scales where one can flow into the other,” she says.

She is also a part of a band called Ladies Compartment. “There aren’t enough all-women groups in India. Three years ago, when I started out, there were not as many female artistes. There are a lot of them now making original music and conducting their own bands. The feeling of sisterhood in the scene is stronger now, ” says Ramesh, now working on a third EP.