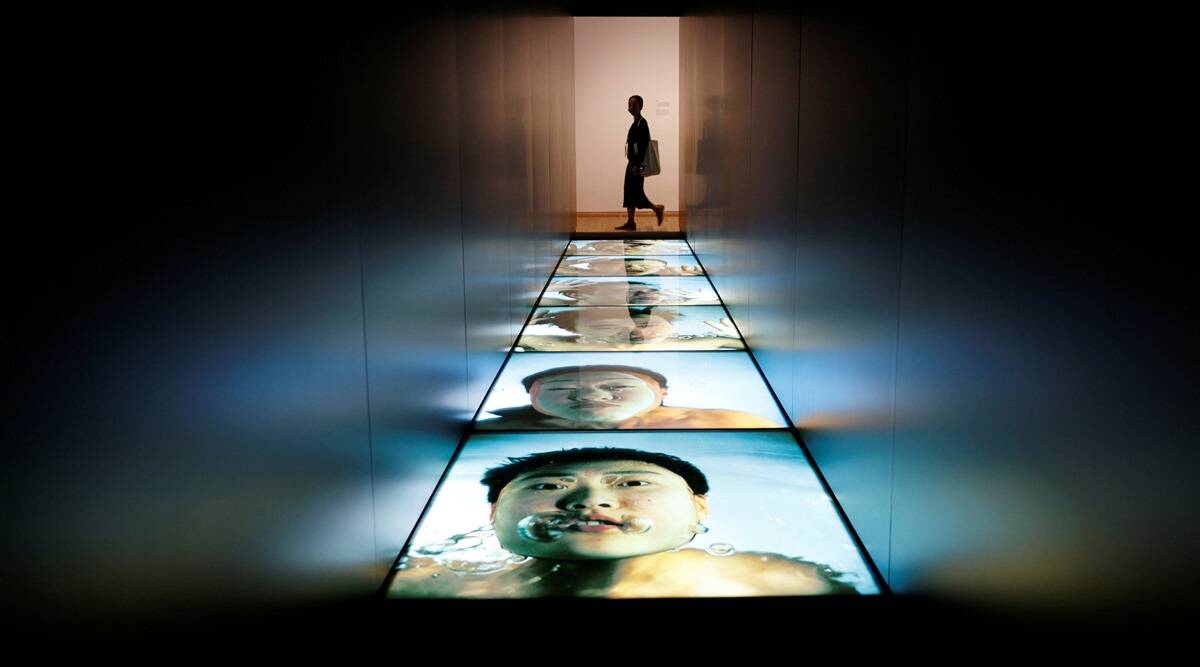 The multi-billion dollar M+, featuring contemporary artwork from leading Chinese, Asian and Western artists is Hong Kong's bid to match museums like the Tate Modern in London, the MoMA in New York and the Centre Pompidou in Paris. A senior Hong Kong cultural official said on Thursday that freedom of expression was not above a China-imposed national security law, on the eve of the opening of a contemporary art museum intended to put the city on the global cultural map.

The multi-billion dollar M+, featuring contemporary artwork from leading Chinese, Asian and Western artists is Hong Kong’s bid to match museums like the Tate Modern in London, the MoMA in New York and the Centre Pompidou in Paris.

But the imposition of a sweeping national security law by China last year on its once freest city is casting a pall over the opening, as curators and artists struggle to find a balance between artistic expression and political censorship. Earlier this year, pro-Beijing politicians and media outlets criticised certain works in the M+ for breaching the national security law and inciting “hatred” against China, including a photograph by Chinese dissident artist Ai Weiwei, giving the middle finger in Beijing’s Tiananmen Square.

“The opening of M+ does not mean that artistic expression is above the law. It is not,” Henry Tang, the head of the West Kowloon Cultural District, a new cultural hub that includes the M+, told reporters.

Tang stressed all exhibits must “comply” with the national security law and that certain works in their collection, including Ai’s contested photograph, wouldn’t be displayed.

“I have no doubt that MoMA New York probably have artworks in their archives that would not be displayed today because it would not be politically acceptable in today’s environment,” Tang said. The M+ museum’s collection includes paintings, ceramics, videos and installations from artists like China’s Zhang Xiaogang and Britain’s Antony Gormley. A piece by Wang Xingwei of a man in Beijing pedalling a bicycle cart laden with two dead penguins, has echoes of the Tiananmen killings in 1989.One of Ai’s installations, “Whitewash”, is also on display, featuring ancient Chinese earthenware jars.

Despite this, Ai remained critical.

“The museum is clearly under censorship,” Ai told Reuters by telephone from Cambridge where he’s now based.

“When you have a museum which cannot or is incapable of defending its own integrity about freedom of speech, then that raises a question. And certainly the museum cannot perform well in terms of contemporary culture,” he said. Kacey Wong, a Hong Kong artist who moved to Taiwan to escape an intense political crackdown that has seen democracy campaigners jailed and civil society crushed, says he was forced to leave to keep his artistic “critical blade sharp.

“Two of his works are displayed in the M+ including “Paddling Home”, an art installation of a boat with a “micro home” built into it. A white naval officer’s uniform he once wore now hangs next to it, serving as a metaphor for his exile, he said.

“A museum can be, of course, a celebratory platform for the arts,” Wong told Reuters from Taiwan. “But it can also be a tool for authorities to bury art forever.”