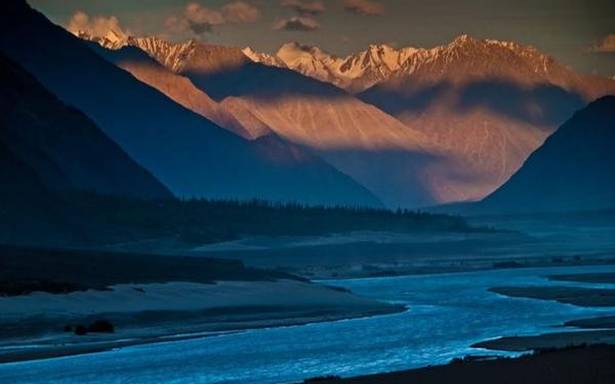 The seventh edition of the Indian Photo Festival, commencing on November 18 in Hyderabad, to host both online and offline events

The seventh edition of the Indian Photo Festival (IPF) will open in Hyderabad on November 18 with a month-long line-up of digital and real-time events. Some of the IPF’s signature features such as portfolio reviews, workshops and artist talks will be held online, while the State Gallery of Art in Madhapur and the walkway of KBR Park will host exhibitions featuring images by national and international photographers.

Prior to the pandemic, the annual IPF brought together acclaimed photographers and aspiring lensmen and women to a clutch of venues in Hyderabad for interactive sessions. The IPF turned virtual in 2020, save for a few exhibitions at the KBR Park. Aquin Mathews, the festival director, says the hybrid format of IPF 2021 was necessitated by the uncertainty around vaccination and international travel earlier this year: “We began planning more than six months ago. At that time, things were bleak. Last year’s experience showed us that the online engagement was good, so we decided to continue a similar format for the interactive sessions with master photographers online. However, we were particular in hosting real-time exhibitions to give viewers a chance to look at large-format images rather than viewing them on a laptop or a six-inch mobile phone screen.”

The IPF partnered with the National Geographic magazine in 2019 and since then, portfolio reviews by the magazine’s photo editors became an annual feature. This year, aspiring photographers can get their work reviewed by the Nat Geo team by registering for it on www.indianphotofest.com.

Another highlight among the interactive sessions is a five-day masterclass on visual storytelling by photographer Sharbendu De.

IPF 2021 will be inaugurated on November 18; 6 p.m, at the State Gallery of Art, with the launch of photojournalist Prashant Panjiar’s book That Which is Unseen and an exhibition that will showcase Panjiar’s work over three decades — from documenting the dacoits of the Chambal region, the aftermath of the 1984 anti-Sikh riots, refugee crisis and communal conflicts in different regions.

The exhibitions cover a gamut of topics ranging from COVID-19 to the repercussions of the Pokhran nuclear test in 1998. Finding space among the exhibitions is also Hyderabad-based lensman Sathyaprasad Yachendra’s surreal images of the landscape of Ladakh.

The curation of the exhibitions proved to be challenging, says Aquin Mathews, given the restriction in movement worldwide during the pandemic: “Many photographers were not able to venture out and work on the projects they had begun earlier.” While the 2020 edition featured several exhibitions focusing on the pandemic, this year’s edition features only a few — Anindito Mukherjee documents the deadly second wave in India while Spanish photographer Marta Perez Elosua focuses on mental health during the pandemic.

The IPF is organised by Light Craft Foundation in partnership with the department of tourism, government of Telangana, and the State Gallery of Art. The festival will conclude on December 19, after which some of the exhibitions will be available to view online in a 3D format.