This is the first universal lesson that Karbala teaches us: Never support injustice and oppression no matter how powerful the oppressor might be. 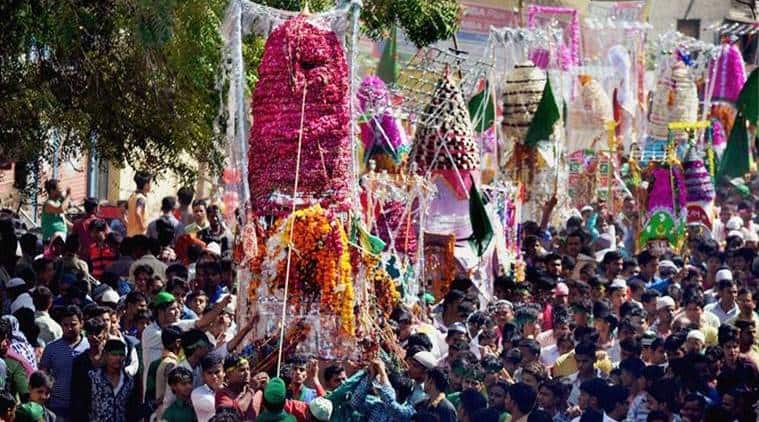 On every Ashura, the 10th day of the Muslim calendar month of Muharram (which is on September 10 this year), millions of Muslims across the world commemorate the martyrdom of Imam Hussain, the grandson of Prophet Mohammad, in the Battle of Karbala.

But why do we remember every year, with such overflowing anguish and passion, something that happened 1,400 years ago?

To answer that question, we must first understand the significance of the Battle of Karbala that is not only not time-bound but also holds for the entire humanity.

To begin with, let us look at the world as it exists now. We have ISIS, Boko Haram and other such terror outfits whose members are termed as ‘Islamic’ terrorists. These outfits claim they uphold the tenets of Islam, and that they are the true representatives of Islam. This is precisely what Umayyad despot Yazid ibn Muawiya wanted to do 1,400 years ago — to establish himself as an ‘Islamic’ leader, for which he wanted the pledge of allegiance, a ‘certificate of validity’ from Imam Husain, the Prophet’s grandson himself. This would have made the followers of Prophet Mohammad and his Ahle-Bayt also approve of Yazid.

This is the first universal lesson that Karbala teaches us: Never support injustice and oppression no matter how powerful the oppressor might be. No matter what incentive, what threat you may be given, never support falsehood and tyranny. Karbala shows the distinction between good and evil. Truth is always on the side of the oppressed, never the oppressor.

When Yazid couldn’t succeed in getting Imam Husain to speak in his favour, he decided to crush his voice by force. He gave orders for the annihilation of Imam Husain and his family. On the day of Ashura, when Imam Husain and his followers were offering namaz, his army showered arrows upon them even while they were praying. Now look around you—isn’t this what is happening today? Violence targeted at people who are praying? Blasts in masjids and churches, attacks at peaceful religious processions, shooting bullets at unarmed people? In today’s language, what Yazid’s army was practising was terrorism.

All religions ask people to live peacefully. What kind of people are those who shower arrows upon a group of people praying in peace? Terrorists. And therefore, the martyrdom of Imam Husain is an extremely important event in Islam, because it created a movement against terrorism for all ages to come. So when ISIS, Boko Haram and others claim to be Islamic, just ask these questions: are they showering bullets upon unarmed people? Yes. Are they blowing bombs in places of worship? Yes. Are they following the path of justice? No. Then they can’t be followers of Prophet Mohammad, they are, in fact, followers of Yazid.

Karbala asks of us not just to recognise tyranny and oppression but also to stand up against it, even if it be at the cost of sacrificing our comforts and our families. A true Muslim can never say ‘mind your own business’, because humanity itself is everyone’s business. Truth and justice is everyone’s business — not just our homes, families, our dreams. And that is another universal message of Karbala — to make humanity the business of every Muslim.

When Imam Husain was on his way to Iraq, his caravan was stopped by the army of Yazid. And despite knowing them to be his enemies, Imam Husain offered all the water he had, down to the last drop, to Yazid’s army — quenching the thirst of not just the enemy’s soldiers but also their horses. Imam Husain, thus, set an example for humanity in the upholding of human rights of even your enemy.

In conclusion, Karbala is an ever-continuing movement against oppression, against terrorism, against torture and tyranny. If you want to see true Islam being practised, you just need to turn to Imam Husain and his companions’ sacrifice in Karbala. And that is why even after 1400 years, we commemorate this great sacrifice every year: to keep alive the movement against terrorism, to keep alive the spirit of Islam.