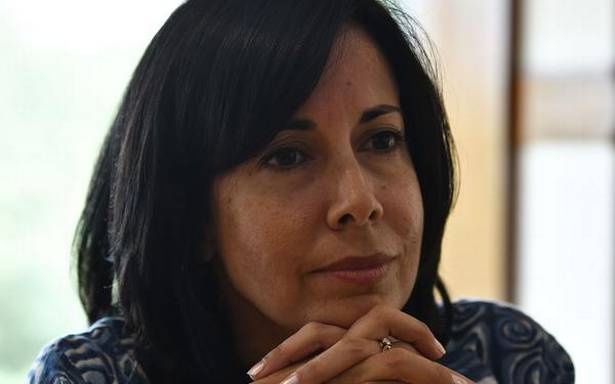 All the writings and sources of evidence were often lost or obfuscated easily when it came to women in history, said author and historian Ira Mukhoty on Saturday.

In a conversation with Pankaja Srinivasan, senior journalist, on the second day of The Hindu Lit for Life 2021 organised virtually, Prof. Mukhoty said it was quite hard to find sources for her book on the women of the Mughal empire, Daughters of the Sun even though she was dealing with the well-documented period of late 16th century to early 18th century.

Highlighting that the idea of her latest book Song of Draupadi – A Novel was to look at the Mahabaratha through the lens of the women characters, she said it was her search for good Indian role models from history or mythology for her daughters that led her to writing the book.

Prof. Mukhoty said there was a strange dichotomy in the country’s attitude towards women. While on the one hand there were women in history and mythology who did all sorts of things, there was, on the other hand, a tendency to whitewash them and present them to the public as perfect goddesses or warriors, who did not feel like women of flesh and blood.

Anuradha Kapur, founder member of Vivadi, and former director of the National School of Drama, and Deepan Sivaraman, director, scenographer, and founder of Oxygen Theatre Company discussed the evolving nature of theatre in a session titled ‘Sense Smell Touch: Collaboration in Theatre Making.’

“Sensorial theatre needs a different kind of spectatorial intervention and positioning. You cannot have a complete sensorial experience if you sit in only one place and watch throughout,” Mr. Sivaraman said.

Ms. Kapur spoke about how, in her collaboration with Mr. Deepan on ‘Dr. Jekyl and Mr. Hyde’, the image came to the spectator instead of the image playing out in front of the spectator like in conventional theatre. She added that the form and content were not separate containers but are shaped by each other.