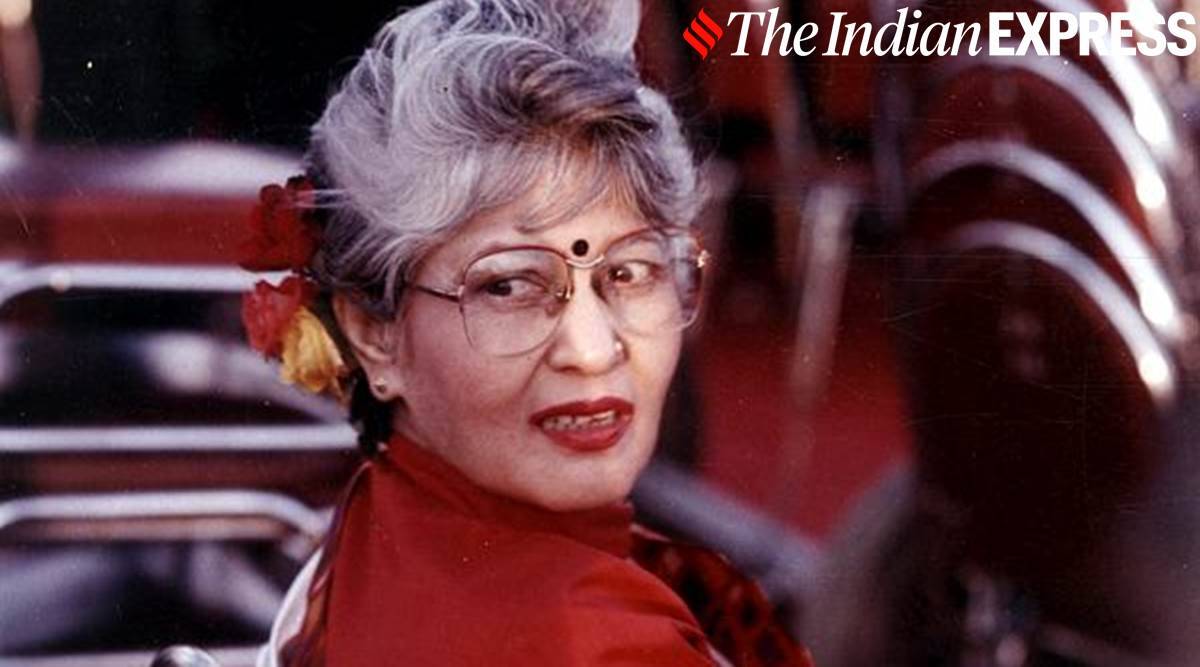 After a long and successful career in the entertainment industry, actor Shashikala Jawalkar Saigal sought solace in spirituality during the later years of her life For years, Shashikala Jawalkar Saigal, popularly known as Shashikala, was a regular at our church, the Cathedral of the Holy Name in Mumbai’s Colaba. The veteran film actor lived nearby and would attend the morning mass without fail unless she was under the weather. Clad in salwar-kameez and sporting her short grey hair, she used to quietly sit through the mass. Her gaze used to be fixed on the altar during the mass and as soon as the service ended, she would walk out without looking at anyone.

Curious to know more about her, my sister Maureen and I approached the actor in 2014 for an interview for our Parish bulletin. Though she was initially reluctant, she agreed to speak to us on the condition that one of the parish priests would be present during the interview. However, once she opened up, she didn’t hold back anything.

Shashikala spoke about her family’s struggle to make ends meet, how she came to Mumbai at an early age to make a living in the film industry, her unhappy marriage, and her involvement with another man who betrayed and ill-treated her. She also talked about the ups and downs in her career spanning over six decades in the industry that she joined at the age of 13. Our conversation veered towards her long search for inner peace till she met Mother Teresa. “When I finally got to meet Mother, I broke down and wept like a child. I told her that I had no happiness and no peace of mind. She asked me to serve in her various homes and ashrams, which I did, for nine years,” she told us. In the later years of her life, she sought solace in spirituality. Born in a Hindu Marathi-speaking family in Maharashtra’s Solapur, she converted to Christianity. “Many people believed that Mother Theresa forced me to convert. But it was not so. I used to get so many visions of Jesus and Mother Mary… I got baptised when I was in Pune by Bishop Valerian D’Souza,” she said.

Shashikala became a devout Catholic and a regular church-goer. Even though she was in her 80s, she would get up at 5 am, make her own cup of tea, shower and be waiting down her building, Wodehouse Apartment, by 7 am to be accompanied by Maureen (for last a few years my sister accompanied the actor to the church on her request) for the morning mass.

The actor’s health, however, kept fluctuating all the time. The moment she would get better, she used to be back for the morning mass to get “His darshan”, as she put it. Yet, irrespective of how unwell she was, when enquired about her health, she would always respond with a cheery “first class”.

The veteran actor was so different in real life — gentle, soft-spoken, and kind — unlike the typical vamp characters she often portrayed on the screen. She would sometimes exclaim aloud: “I don’t know how I played all those bad roles.” Years after she stopped working, people on the road would still recognise her. She was always uncomfortable posing for pictures with them or discussing her roles. She felt that was her past life, a closed chapter. In the past, she always bounced back after a bout of illness. Finally, it was the pandemic that dampened her spirits. She had to stop going out. She couldn’t go to church anymore to get “His darshan”. She lost the will to live as her granddaughter Soniya, who she lived with said: “Nani earlier had a purpose, something to look forward to. Going for the morning mass was something that saw her through the day. Once she was homebound, she felt cut off, lonely and her health deteriorated.”

On Easter Sunday, the day when Catholics celebrate new life, Shashikala passed away at her home in the presence of her granddaughter Soniya and her great-granddaughter Shanaya.

For the longest time, she had expressed her wish to donate her organs for medical research. Her last wish remained unfulfilled because of Covid. She, however, had a beautiful funeral service with all her favourite priests celebrating the mass, something which would not have been possible if her body was donated.