A new virtual exhibition of digital artworks by Hyderabad-based artist Vijit Pillai titled The Essential Romantic, is on view at artflute.com till the end of June 2021. The artworks are inspired by musicians, writers and poets whose work he has loved.

The artwork that lends itself to the cover photo of the exhibition features a gate, a driveway and overgrown foliage that covers the fictional castle, Manderley. The three-dimensional and multilayered work on German canvas is the artist’s interpretation of the old Elizabethan manor called Manderlay from Daphne du Maurier’s novel, Rebecca. In the first chapter of the novel, the narrator dreams of visiting the country estate at night. But Vijit states that he took the creative liberty to present something more vibrant and not depressing, and hence his interpretation of the manor is in warm autumn hues.

The artworks in The Essential Romantic were all done in the last two years, and the series of paintings inspired by legendary musicians took shape during the pandemic.

Art, literature and music had shaped his thoughts in his formative years. When Art Flute proposed to bring these aspects together for a series, Vijit took it up: “I can’t say I am extremely well read or well versed in the body of work of all the writers, poets and musicians who have inspired me to do this series. But I’ve read a variety of works that left an impression on me.”

The interest in art and music had stemmed subconsciously in his early years. Vijit recalls his mother painting and playing the piano and his father playing jazz on the harmonica, accordion and the piano.

His exploration of music grew stronger in the 1970s, in the years that immediately followed the iconic Woodstock music festival of 1969. As a teen, he watched movies and heard music on protests against the Vietnam war. So it doesn’t come as a surprise when Vijit pays an ode to Jimi Hendrix’s ‘Purple Haze’ through an artwork of the same title. He experiments with colours and textures to arrive at a three-dimensional quality. In fact, the 3D quality permeates most of the artworks in this series.

Another work titled Jabberwocky alludes to the poem of the same name by Lewis Carroll. “I was fascinated to learn about the idea behind the poem — capturing the essence of the nonsense through sense,” says Vijit who was keen to do experimental abstract work.

‘In her tomb by the sounding sea’, a line from Edgar Allan Poe’s poem ‘Annabel Lee’ becomes an inspiration for Vijit to reimagine the Taj Mahal as a tomb by the waters.

Vijit also pays portraiture tributes to music personalities Steve Winwood and Eric Clapton. There are also personal odes to the women in his life. Wonderful Tonight is a portraiture work through which he celebrates his former wife of 30 years, taking a line from Eric Clapton’s song. Ave Maria is dedicated to his mother, in an attempt to also pay homage to Michelangelo’s Pieta and remember the compassion and warmth of his mother through the different versions of the song ‘Ave Maria’.

Digital art has been a mainstay for Vijit in the last few years and he is in the process of converting his 400-plus works into NFT (non-fungible token) art, and some of them are on opensea.io

The Essential Romantic is on view on artflute.com till June 30, 2021 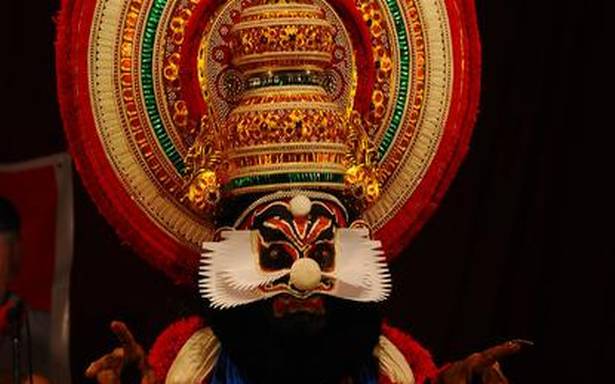