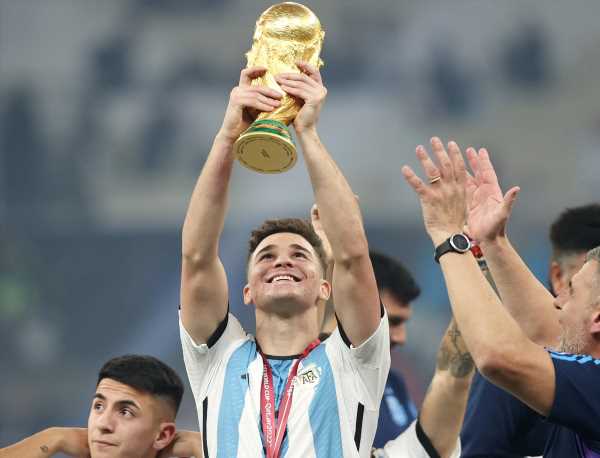 Every World Cup, we see young footballers emerge as stars on the global stage.

The tournament has always produced young heroes who step up for their teams at the grandest stage.

Laxmi Negi/Rediff.com looks at five strikers who surprised us in World Cup 2022.

Alvarez came to the World Cup as a substitute player, but returns to Argentina as their new star striker.

The Manchester City forward started just one of Argentina’s World Cup qualifiers, but once he was given a chance to start in the decisive match against Poland , he has not looked back.

The forward, nicknamed La Arana (The Spider), sealed victory with a fine finish into the top corner midway through the second half in the 2-0 win against Poland.

He scored the crucial second goal in the 2-1 victory over Australia in the round of 16 and then caused the Dutch plenty of problems in the quarterfinal.

From his sensational solo goal in the semi-final victory over Croatia to his link-up with Lionel Messi, Alvarez has been one of the stars of Qatar 2022.

In the final too, he played an important role in his nation’s second goal in a breathless encounter against the 2018 champions to end a 36-year wait for Argentina with a victory.

Alvarez finished the tournament as a national hero with his four goals making a major contribution on their way to glory. 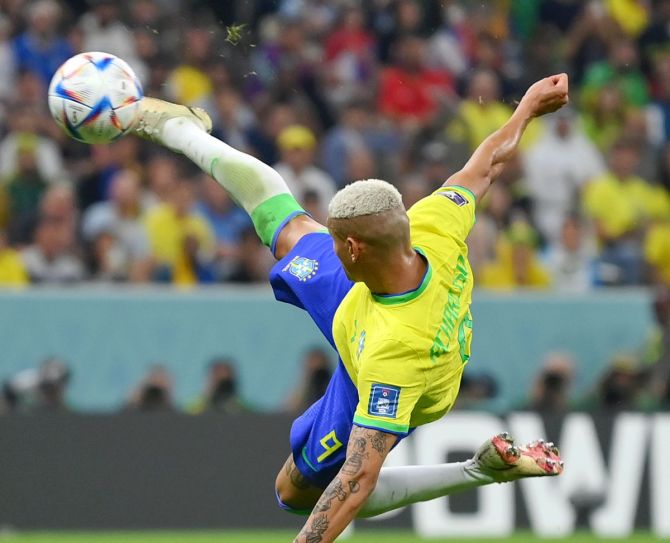 Brazil bowed out of the World Cup in the quarters, but Ricarlison de Andrade’s goals lit up the tournament.

The 25 year old, making his World Cup debut, announced himself in style in the opener against Serbia. Both of Brazil’s goals were scored by Richarlison with the second one coming off a spectacular scissor kick.

Richarlison, who plays for Tottenham Hotspur in the English Premier League, sealed his place as a star to watch out for after he scored one of the best goals of the FIFA World Cup in the Round of 16 tie against South Korea.

Brazil has Neymar, Casemiro and Raphina, but it was Richarlison who stood out in this World Cup with his three goals.

This striker’s price tag has sky-rocketed with his performance in Qatar which saw him become the first Dutch player to score in his first three World Cup matches.

With a brilliant header against Senegal, the 23 year old revealed that he is good in the air, and with his feet when he ran through a maze of Qatari defenders around him to curl it past the goalkeeper.

The incredibly talented 6′ 2″ is only the second player to score the first goal of the match three times in the same group stage of a World Cup (1st and 2nd included), after Italy’s Alessandro Altobelli in Mexico 1986.

Now, he has Europe’s biggest clubs — most notably Manchester United — lining up to buy him in the January transfer window. 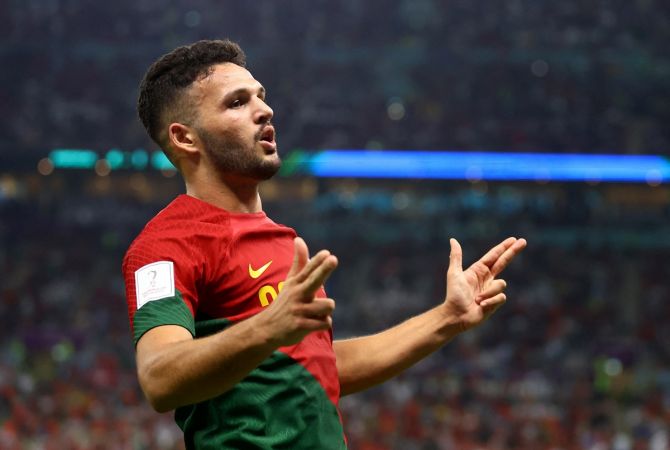 Ramos suddenly thrust himself into focus after his hat-trick against Switzerland in the round of 16.

The 21-year-old Benfica striker stepped into the starting line-up for Cristiano Ronaldo and showed the veteran how it’s done.

Having previously played just 33 minutes of international football, Ramos, nicknamed ‘the Sorcerer’, needed just 17 minutes to score against Switzerland. He netted two more to record a hat-trick, becoming the second youngest player to do so at a World Cup behind the incomparable Pele.

PSG was reportedly interested in his services over the summer, but his price is surely on the rise. 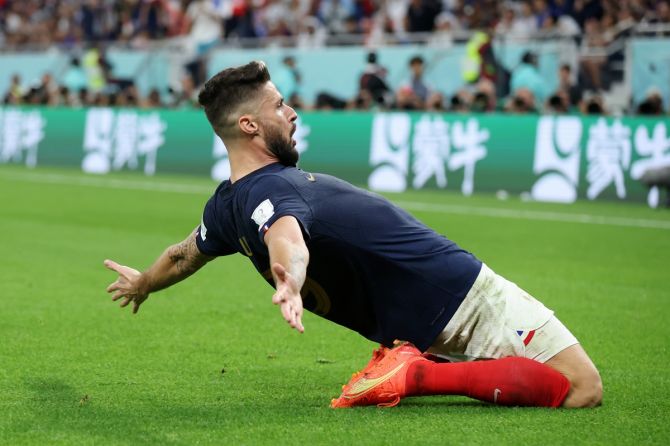 Gad it not been for an injured Karim Benzema, 36-year-old Giroud wouldn’t have been in the starting XI.

After Ballon d’Or holder Benzema was ruled out of the tournament with a thigh injury, Giroud seized on the opportunity to become the all-time goal-scorer for the French national team during the competition, scoring four goals.

The AC Milan striker led the French line with Kylian Mbappe playing to the left and Ousmane Dembele on the right.