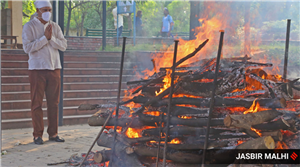 At 4.30 pm, the funeral procession of Milkha Singh started from Sector 8, Chandigarh, to Sector 25, Chandigarh. 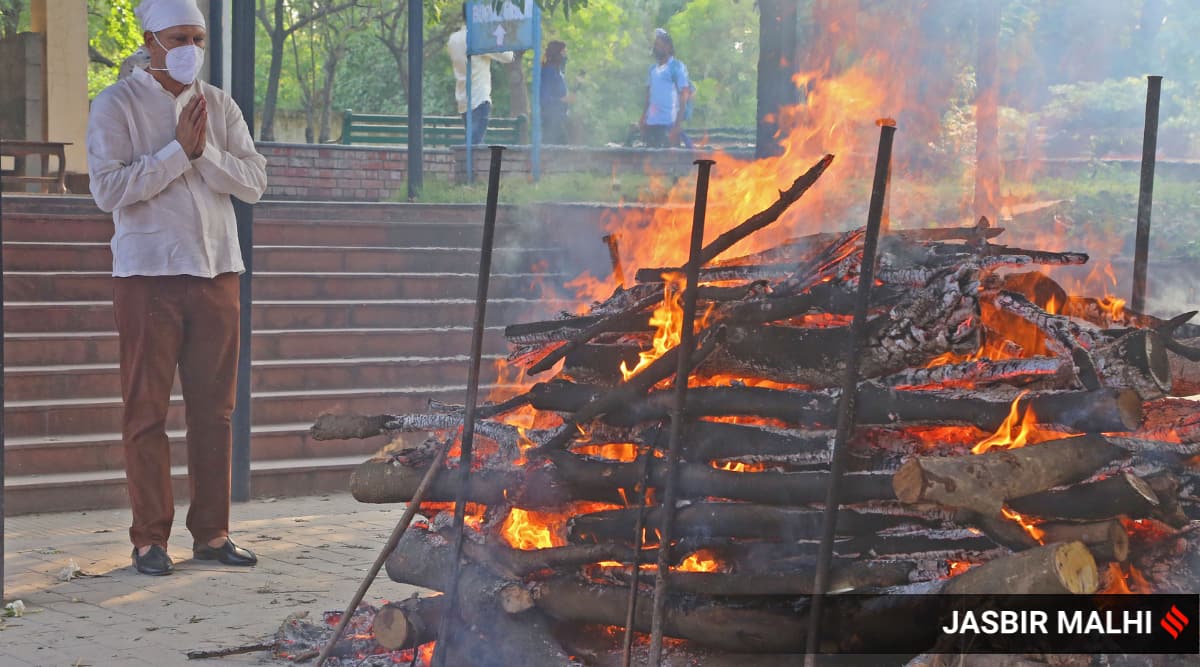 “Today, Milkhaji is not among us, but we will fulfil his last wish of India winning an Olympic gold in athletics,” said Union Sports Minister Kiren Rijiju as he paid tribute to Flying Sikh Milkha Singh, who was cremated with full state honours on Saturday.

The well-wishers of Milkha Singh family and sportsmen, including golfers, caddies and their family members, visited too. 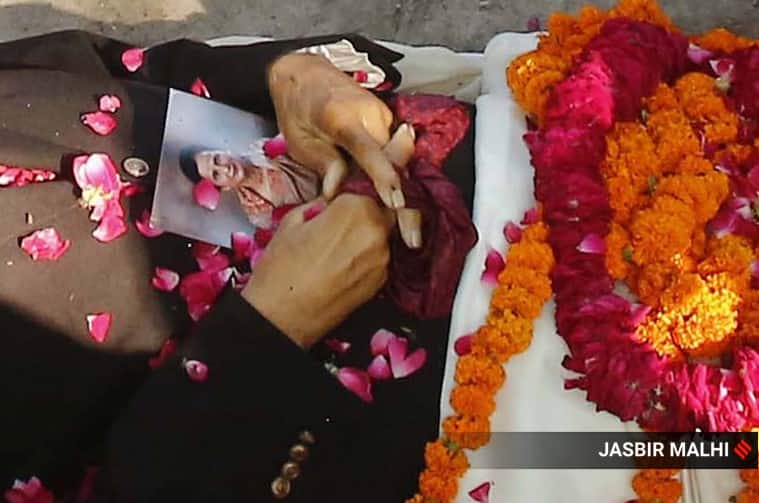 The police contingent of Chandigarh and the Punjab reversed arms and sounded the last post. They gave a gun salute as well.

An athlete and a labourer, Chanan Singh, 34, resident of Phallewal village, Ludhiana, reached Chandigarh and waited for hours to catch the last glimpse of Milkha Singh.

“I am an athlete, and have been participating in marathons for the past 22 years. I have participated in village-level tournaments. Milkha Singh was my inspiration. I once came to meet him at his residence, and he gave me Rs 5,000,” said Chanan Singh.

Anil Kumar, an autorickshaw driver from Mauli Jagran, paid tribute to the Flying Sikh by putting his picture on his autorickshaw. “I always wanted to meet Milkhaji, but that couldn’t be possible. Since I know that he was the pride of our nation, I tried to pay tribute to him with whatever I had,” said Anil Kumar.

Speaking to media persons outside the residence of Milkha Singh, Captain Amarinder Singh said, “It is a great loss for us. The young generations will get inspired by him. We are going to have Milkha Singh Chair at the sports university of Patiala.”

Tributes from Haryana too

Expressing his condolences on the sad demise of the Flying Sikh, Haryana Chief Minister Manohar Lal Khattar said, “Flying Sikh Milkha Singh will always live in the hearts of every Indian for his exceptional accomplishments on and off the field and his humane personality will always be remembered.”