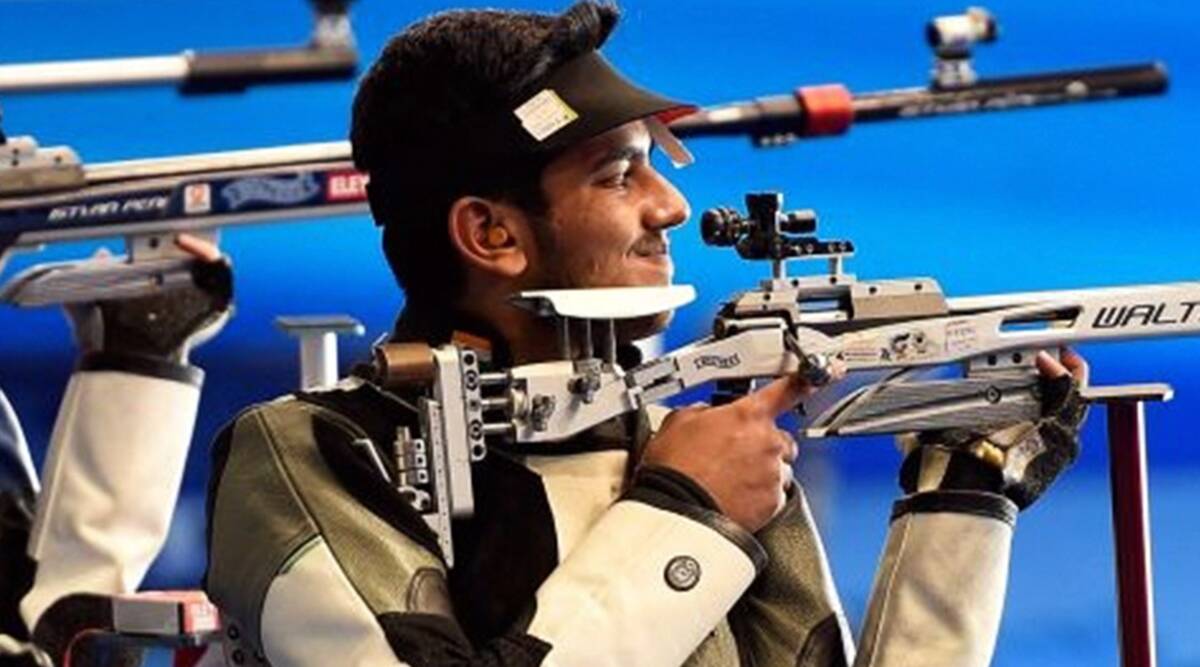 Tomar equalled the junior world record score of 1185 in qualification to top the field on Monday.

The youngster then bettered the junior world record in the final with a score of 463.4, finishing nearly seven points ahead of second-placed Frenchman Lucas Kryzs, who won the silver with a score of 456.5.

Gavin Barnick of USA won bronze with a score of 446.6.

Earlier in the day, India’s 14-year-old shooter Naamya Kapoor fired her way to the gold medal ahead of celebrated compatriot Manu Bhaker in the women’s 25m pistol event.

Kapoor shot 36 in the final to claim the top prize ahead of France’s Camille Jedrzejewski (33) and 19-year-old Olympian Bhakar (31), who has already won three gold so far in the tournament.

Bhaker settled for the bronze after the French markswoman prevailed in a shoot-off on Monday.

Another Indian shooter in the women’s final, Rhythm Sangwan, finished fourth as the country dominated the event.
Kapoor was sixth in the qualification with a total of 580 as Bhaker (587) and Sangwan (586) grabbed the top two spots.

Delhi’s Kapoor had shot the second-best score of 583 in qualification to finish fifth in the national shooting selection trials at the Dr Karni Singh Range in August.

India lead the standings with eight gold, six silver and three bronze medals for a total of 17 medals.

This is the first multi-discipline shooting event since the Tokyo Olympics, with as many as 32 nations and nearly 370 athletes participating in the championship.