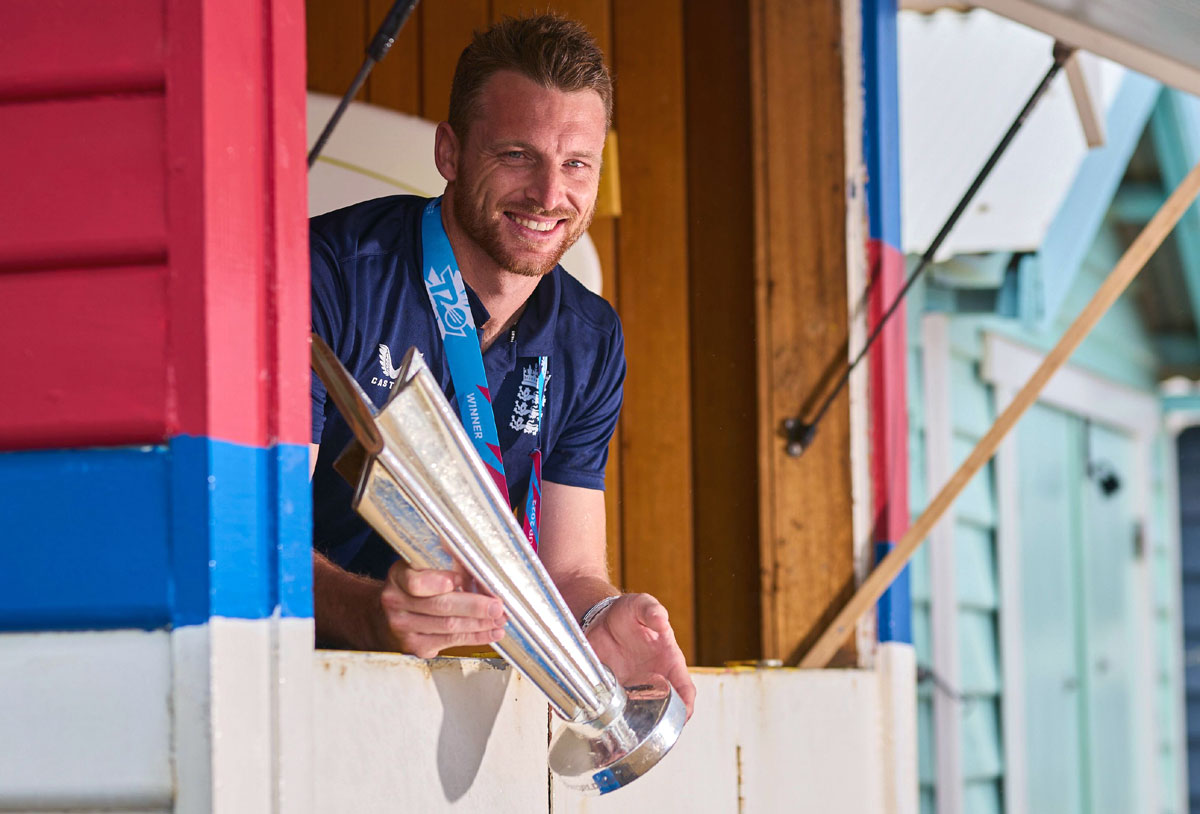 Former West Indies skipper Daren Sammy, the only captain to have won the T20 World Cup twice, believes England were the most adaptable team with bat and ball.

‘The strength of this England team is just how many people contribute. That is why they are a great team,’ he says.

England were the most complete team at the ICC Men’s T20 World Cup and they are fitting champions.

They showed they were the best all-round team in all their pressure matches. Against India in the semi-final we saw it, against Sri Lanka when they had to win to qualify and then in the final, they were dominant.

I think it’s not been fair to him that the one defining over in the 2016 final will always be remembered when you talk about T20 World Cup finals. Since then, he has soared high like an eagle. With the bat, especially, he has had so many great moments in all three formats.

I am so happy for him that he stood up in a final. It’s not the first time he has done it. It tells you the mark of a great player because you always find yourself in a position to be a hero for your team. That is what Ben Stokes has done.

As great as he was though, the strength of this England team is just how many people contribute. That is why they are a great team.

Sam Curran has that ability to put the choke on the opposition and take key wickets in the middle overs. Every time they look like they might be building a partnership, he comes on and takes a couple of quick wickets.

Praise also has to go to Chris Jordan who came in for the big games and got key wickets.

Pakistan were always up against it when they lost the toss and batted first. That does not play to their strengths.

They want to bowl first, restrict the opposition and then let Mohammad Rizwan and Babar Azam go out and chase.

We saw that they were too tentative batting first. You need to be brave in the power play and put teams under pressure earlier.

Commiserations to Pakistan though, who overcame all the odds to get to the final and they were not too far away in the end. But England won it and they deserved it.

I think the other thing this tournament has shown us is that while the teams are definitely getting closer, the players with experience of playing in T20 leagues around the world really shone.

You look at India, who have the biggest T20 league, but their players do not have the experience of the guys who are playing all over the world. You look at guys like Alex Hales, Chris Jordan, guys who play in the Big Bash. It is no coincidence that they excelled in Australia.

England have always been able to adapt to what the situation required. Whether it was against Afghanistan in Perth, they did what they needed to get the win. Against Sri Lanka and New Zealand, they upped the tempo when necessary.

Then, in the final, they only needed a victory and to chase 137, and they did it. That is maturity in a batting line-up, understanding what you need to do and playing accordingly. They were the most adaptable team with bat and ball and they are worthy winners.