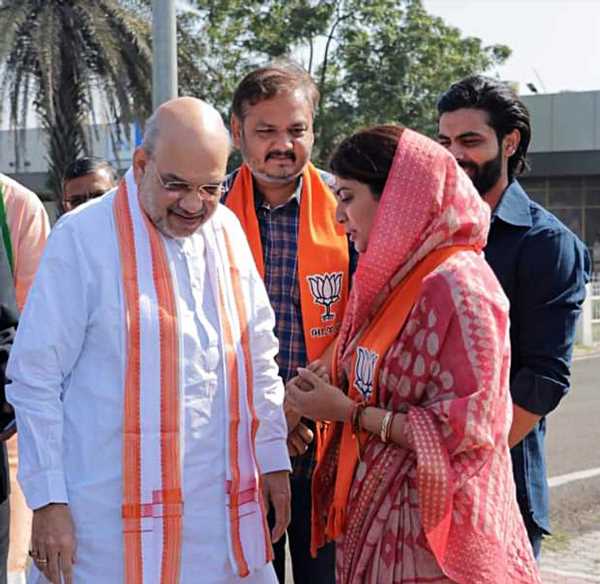 Home Minister Amit Shah met cricketer Ravindra Jadeja and his wife Rivaba, who is the Bharatiya Janata Party candidate for the Jamnagar (North) constituency in Gujarat’s assembly election on Monday.

Rivaba, who replaced sitting MLA Dharmendrasinh Jadeja as the BJP candidate, has been boosted by her husband’s support; out of action for the past few months because of injury, Jadeja missed playing the T20 World Cup.

“My husband is like a booster dose for me, who has always motivated me. More than myself, it has been him who has motivated me to go ahead. The system of marriage in itself means that both husband and wife should stand and support each other. It is said that behind the success of every man, there is a woman. Similarly, it is also important that behind the success of every woman, there is her husband and brother,” Rivaba told ANI. 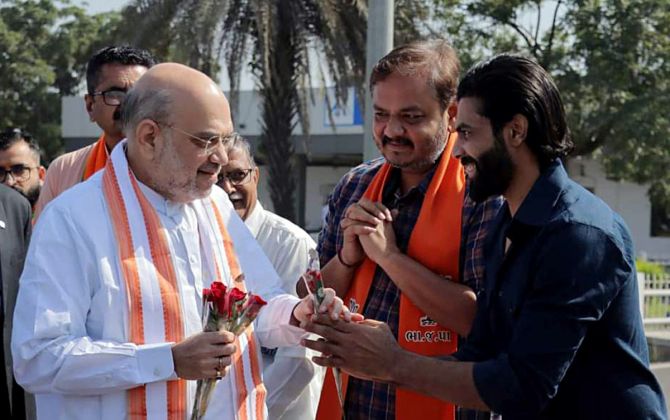 “It was a very emotional moment for me when I went to file the nomination and my husband was with me. I want to inspire many other couples that women can fulfil their dreams even after marriage and their husbands can provide them strong support,” Rivaba added.

‘The Gujarat election is here and it’s like a T20 match. My wife is making her grand debut in politics on a BJP ticket!…’ Jadeja said in a video posted on Twitter. ‘I appeal to the people of Jamnagar and all the cricket lovers to come in large numbers to support her.’