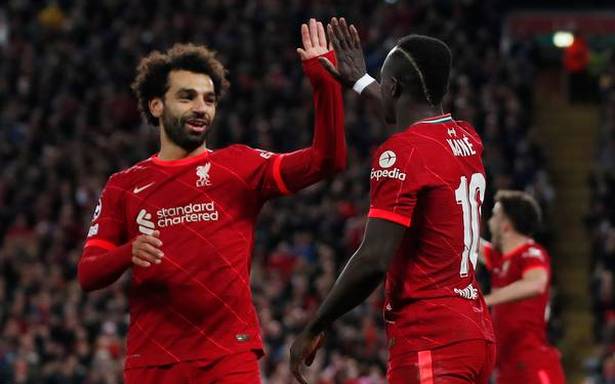 This is how a popular chant from Liverpool F.C. fans went during February 2018. During that season, the club made its march towards success. Mohamed Salah, the ‘inside forward’ who plays for the club and has used his stupendous dribbling, finishing and speed skills to score goals by the bountiful, was a key component of the squad and his performance was a major reason for the club’s extended success. Salah is an Egyptian footballer (he captains their national team) and his talent flowered in a prior stint at Serie A club Roma before entrenching himself as the lynchpin of Liverpool and a favourite of the scousers.

Now, a paper1. in the American Political Science Review (APSR) by Alrababa’h et al goes on to argue that Salah’s heroics for Liverpool had an impact not just on the club’s footballing fortunes but reduced hate crimes in the Liverpool area by an estimated 16% compared to a situation where he had not been signed by the club. The paper based these estimations on data from hate crime reports throughout England. The authors also looked at 15 million tweets from British football fans and found that Liverpool F.C. fans halved their rates (from 7.3% to 3.8% of tweets) of posting anti-Muslim tweets relative to other top-flight clubs’ fans.

The authors also carried out a survey of 8,060 Liverpool F.C. fans to clearly test how and whether exposure to Mohamed Salah, who portrays himself as a visibly Muslim player by performing the Muslim prayer (sujood) after scoring goals, might lead to tolerance towards Muslims. Their results suggest that Salah’s Muslim identity and its reckoning for the fans reduced prejudice for Muslims in general. Specifically, the authors also found that “priming respondents with information about Salah’s religious practices boosted the belief that Islam is compatible with British values by about 5 percentage points, compared to the baseline rate of 18% among [a] control group”.

The findings went on to support the ‘parasocial contact hypothesis’ — the idea that mediated contact with celebrities or characters from out-groups has the potential to reduce prejudice towards the out-group as a whole. While most prior research has tried to test this thesis in laboratory and survey-based experiments, the authors claim that their attempt in testing this hypothesis was done in a real-world test with “causal purchase”. ‘Parasocial contact’ is a different concept than just ‘inter-group contact’ and its impact on prejudice. The ‘contact hypothesis’ argues that personal contact across social/ community divides can reduce prejudice if “that contact is positive, endorsed by communal authorities, egalitarian, and involves cooperating to achieve a common goal”. The authors quote several studies that justify this thesis.

In the case of India, a recent paper in the journal Studies in Indian Politics by Asha Venugopalan titled, ‘The Effect of Affect: Friendship, Education and Prejudice in India’ (November 2020), used a survey to indicate that among Hindus, having a Muslim friend is significantly correlated with a more positive outlook towards the Muslim community, but education does not reduce prejudice.

The authors of the APSR paper argue that the potential of intergroup contact, while promising, is “limited by a lack of opportunities for such contact”, a finding that is seen in Venugopalan’s work as well.

Schiappa et al in 2005 in a paper titled ‘The Parasocial Contact Hypothesis’, in Communication Monographs, argued that “mediated contact with members of minority groups has the potential to reduce prejudice toward that group”. Alrababa’h et al chose to test this hypothesis with Mo Salah’s impact because “Salah meets the three hypothesized criteria for parasocial contact to reduce prejudice – positivity, repeated exposure, and salient out-group identity”.

The results of the statistical exercise that tests the impact of Salah’s fame on hate crimes in Liverpool compel the authors to find evidence for the ‘parasocial contact hypothesis’. The main takeaway is that “positive and sustained exposure to celebrities should reduce prejudice when the celebrity’s group identity is salient”. This is incumbent upon positive media coverage — something that characterised Salah’s coverage in the British press and his success as a footballer (and his team’s success). Besides, the authors argue that the fact that Salah, while wearing his identity on his sleeve, also chooses to be relatively silent on political issues could be a factor for his broad-based appeal.

This is an important paper because it emphasises, conditionally, that positive coverage of a well-known public figure from a minority group and the abilities of that individual can go a long way in establishing tolerance for the belief systems of that minority group in general. Considering that in India, mass ‘group contact’ and socialisation remain largely elusive ‘parasocial contact’ by effective media coverage could be one way to reduce prejudice.