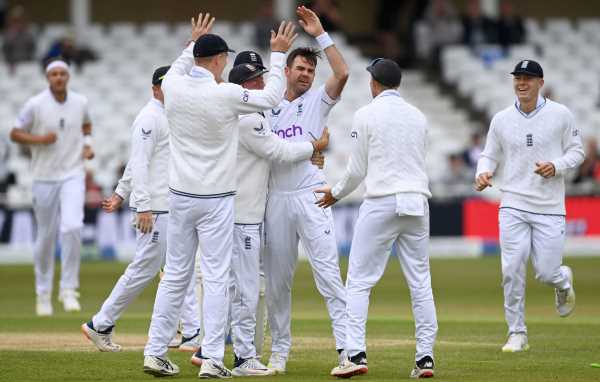 Veteran England pacer James Anderson went past the landmark of 650 wickets in Test cricket during Day 4 of the second Test match against New Zealand at Trent Bridge in Nottingham on Monday.

Anderson achieved the landmark in his 171st Test match, when he trapped captain Tom Latham leg before wicket in New Zealand’s second innings.

Left-hander Latham erred with his judgement as he attempted to leave the ball which struck right in front of the stumps.