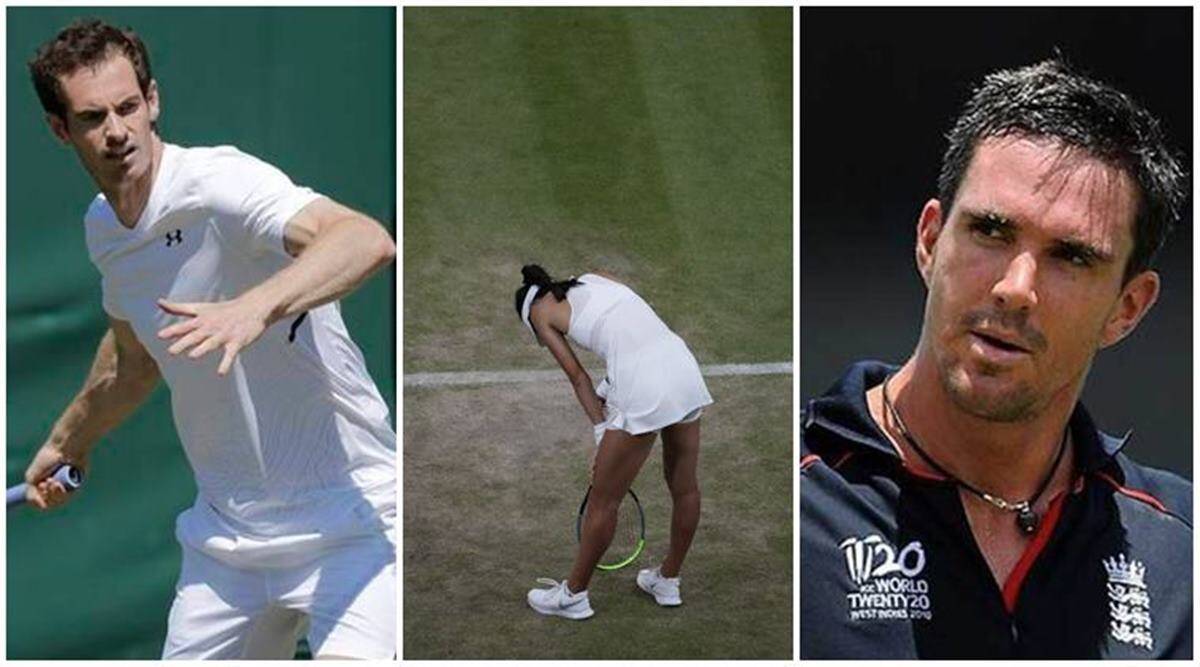 Andy Murray believes that Kevin Pietersen's reaction to Emma Raducanu’s retirement from her Wimbledon fourth-round match is uncalled for. Three-time Grand Slam Murray voiced his disapproval on Morgan’s ‘very harsh’ assessment of Raducanu and questioned Pietersen for judging Raducanu’s ‘mental toughness’ off the back of her Wimbledon withdrawal.

Raducanu retired from her fourth-round match against Ajla Tomljanovic because of difficulty breathing. She was trailing 6-4, 3-0 when she stopped playing.

The 18-year-old was playing in her first Grand Slam tournament and second tour-level event. She won fans all over Britain during her run to the second week at Wimbledon.

After the match, tennis great John McEnroe’s suggested that Raducanu could not handle the pressure.

“It appears it got a bit too much, which is understandable,” for Raducanu. He then made a reference to Naomi Osaka, the four-time major champion who pulled out of the previous Grand Slam tournament, the French Open, and also missed Wimbledon because she said she needed a mental health break.

After the match, tennis great John McEnroe’s suggested that Raducanu could not handle the pressure.

“I feel bad for Emma, obviously,” he told the BBC. “It appears it just got a little bit too much, as is understandable, particularly with what we’ve been talking about this over the last six weeks with Osaka not even here.

“How much can players handle? It makes you look at the guys that have been around and the girls for so long – how well they can handle it. Hopefully she’ll learn from this experience.”

McEnroe was widely condemend for his views, but did find an ally in Morgan who wrote on Twitter, “McEnroe told the truth. Ms Raducuna’s a talented player but couldn’t handle the pressure & quit when she was losing badly. Not ‘brave’, just a shame. If I were her, I’d tell my fans to stop abusing McEnroe, & seek his advice on how to toughen up & become a champion like he was.”

Pietersen also showed support for McEnroe and concurred saying that the teenager could not handle the pressures of the round of 16 game.

“Talent is one thing, but mental toughness is what separates the good from the great in sport! Dealing with pressure, bad form, negative media etc is HARD, but that’s sport. It’s demanding. Deal with it, or someone else will deal with it in your place,” wrote Pietersen.

However, Murray, who has always defended his colleagues, was unimpressed by their views and wrote, “No question mental toughness can be what separates the best in sport but surely both of you aren’t judging her mental toughness on yesterday’s match?!”

Pietersen later claimed he was not aware of the context surrounding Morgan’s original tweet.

Raducanu released a statement on Tuesday where she revealed that she retired reluctantly from her fourth-round Wimbledon match because of dizziness and difficulty breathing.

“I think the whole experience caught up with me,” she said before adding, “At the end of the first set, after some super intense rallies, I started to breathe heavily and felt dizzy. The medical team advised me not to continue, and although it felt like the hardest thing in the world not to be able to finish my Wimbledon on the court, I was not well enough to carry on.”