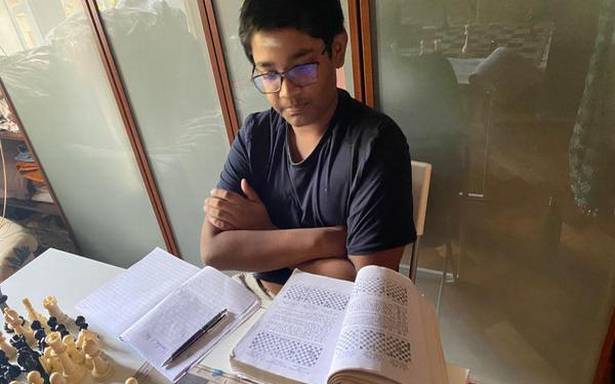 Bharath Subramaniyam, who became a Grandmaster at the age of 14 on Sunday, is another addition to India’s impressive list of talented youngsters that could challenge the world’s strongest players within a few years.

Arjun Erigaisi, Nihal Sarin and R. Praggnanandhaa have already proved themselves on the global stage. The oldest among them is only 18.

Much is also expected from 15-year-old D. Gukesh. R.B. Ramesh, one of India’s most successful coaches, believes Bharath too has huge potential.

“Sky is the limit for him,” Ramesh, who worked with Bhrath for seven years, told The Hindu on Monday. “He is one of the most natural players I have come ever come across.”

He said Bharath was willing to work hard on his game from a young age. “And that is important, for, sheer talent could take you only up to a certain point and children generally tend to shy away from working hard; they expect the coach to do all the hard work,” Ramesh said. “I had asked him to work especially on his openings, and he did that.”

Since last April, Bharath has been working with M. Shyam Sundar. “I could straight away sense that he was a special talent,” said the Chennai-based coach. “My aim is to make him a more complete, all-round player.”

He feels Bharath could have become a GM sooner but for the pandemic. “If not for the coronavirus-induced lockdown, he could have done it even a year ago,” he said. “Even his future tournaments depend on the pandemic. His next event most likely will be the Premier Division Chess League in Bangladesh.”

Bharath’s father S. Harishankar said that playing tournaments abroad definitely helped. “Playing in Europe is indeed an expensive affair; and we had no option but to spend from our savings,” he said. “I am glad that Microsense began to sponsor him from last May. That has come as a relief.”