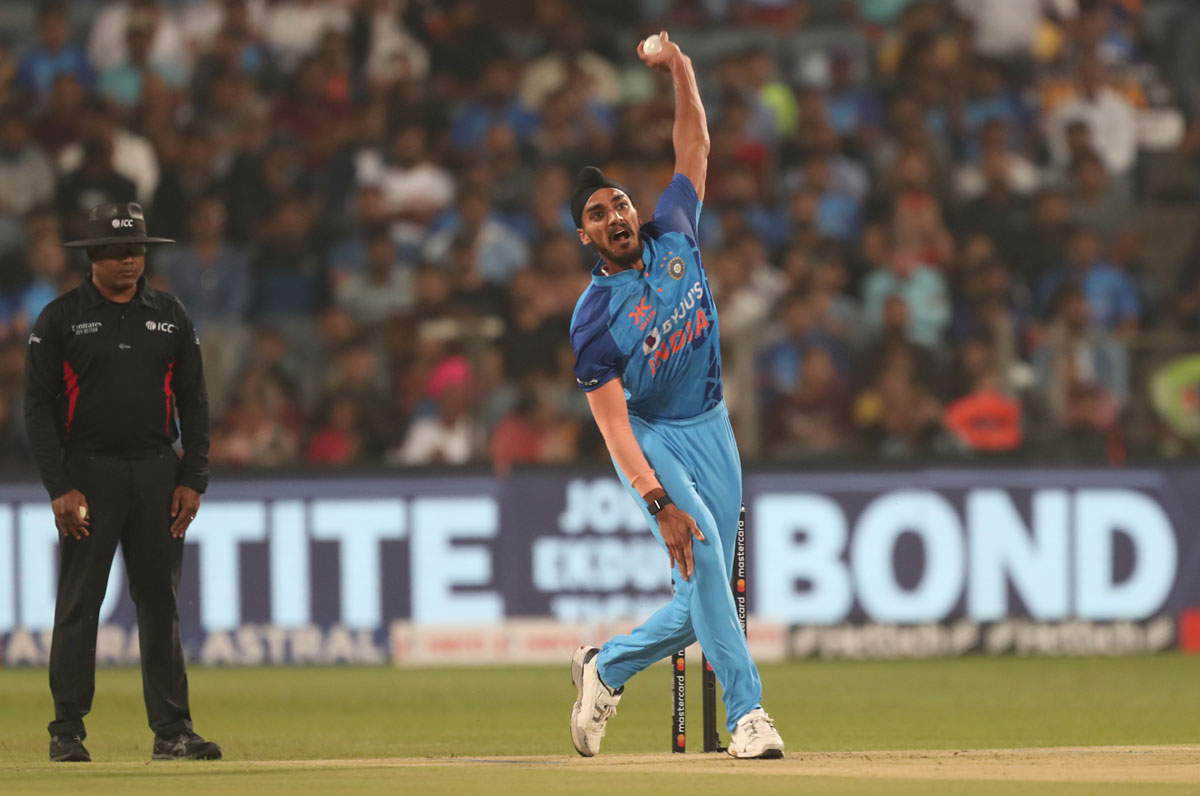 Returning to the team after an injury lay-off, India’s young pacer Arshdeep Singh made a horror comeback in the second T20I against Sri Lanka at Maharashtra Cricket Association Stadium in Pune on Thursday.

Arshdeep overstepped three times in a row in the second over of the Sri Lankan innings, becoming the first Indian to bowl a hat-trick of no-balls in T20 Internationals.

Arshdeep clearly has a problem with no-balls, overstepping 14 times in 22 T20 Internationals, which has left his captain Hardik Pandya worried.

“You can have a good day, you can have a bad day, but you shouldn’t be moving away from the basics. For Arshdeep, in this situation, it is very difficult. In past as well he’s bowled no-balls,” Pandya said after the loss.

“It is not about blaming him or to be too hard on him, but we know no-balls in any format is a crime.”

India’s pacers bowled a total of seven no-balls in the match, with Shivam Mavi and Umran Malik bowling one each.

Arshdeep gave away 37 runs in two overs as Sri Lanka fought back in the middle overs to post a huge 206 after being put into bat. In reply, Suryakumar Yadav and Axar Patel gave home fans a glimmer of hope by putting together a blistering partnership of 91 runs, but ultimately it was too little too late for India, as they went down by 16 runs.