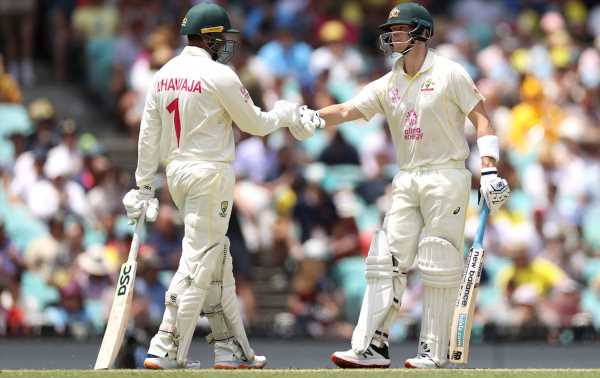 Images from Day 2 of the fourth Ashes Test between England and Australia at Sydney Cricket Ground on Thursday.

Usman Khawaja and Steve Smith dashed England’s hopes of an early breakthrough and drove Australia to 209 for three at lunch on the second day of the fourth Ashes Test on Thursday.

Two late wickets on the rain-disrupted opening day had England’s bowlers looking to make an early impact at the Sydney Cricket Ground.

Khawaja and Smith, however, resumed on 126-3 and had extended their fourth-wicket partnership to 92 by the time the players headed in for the first break. Former captain Smith had just reached his 33rd half-century and was 51 not out, while Khawaja, brought into the side for Travis Head after the middle order batsman tested positive for COVID-19, was unbeaten on 39.

England are desperate for a good showing in Sydney after suffering heavy defeats in Brisbane, Adelaide and Melbourne to go 3-0 down in the five-match series. Spinner Jack Leach conjured up the best chance of breaking the partnership when he induced an outside edge from Khawaja but neither wicketkeeper Jos Buttler nor first slip Joe Root were able to take the catch.

There was more bad news for England shortly before lunch when all-rounder Ben Stokes limped off the field clutching his side. 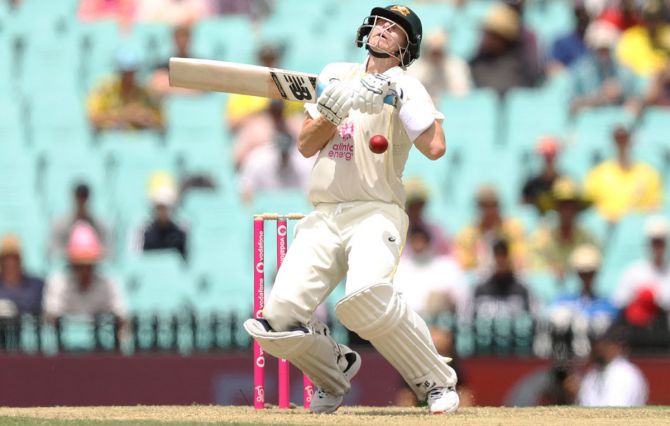 The England team said he was being treated for “left side tightness” and would be assessed over lunch.

The rain, which heavily disrupted the opening day, largely stayed away but there were a couple of short breaks when passing showers interrupted the sunshine.