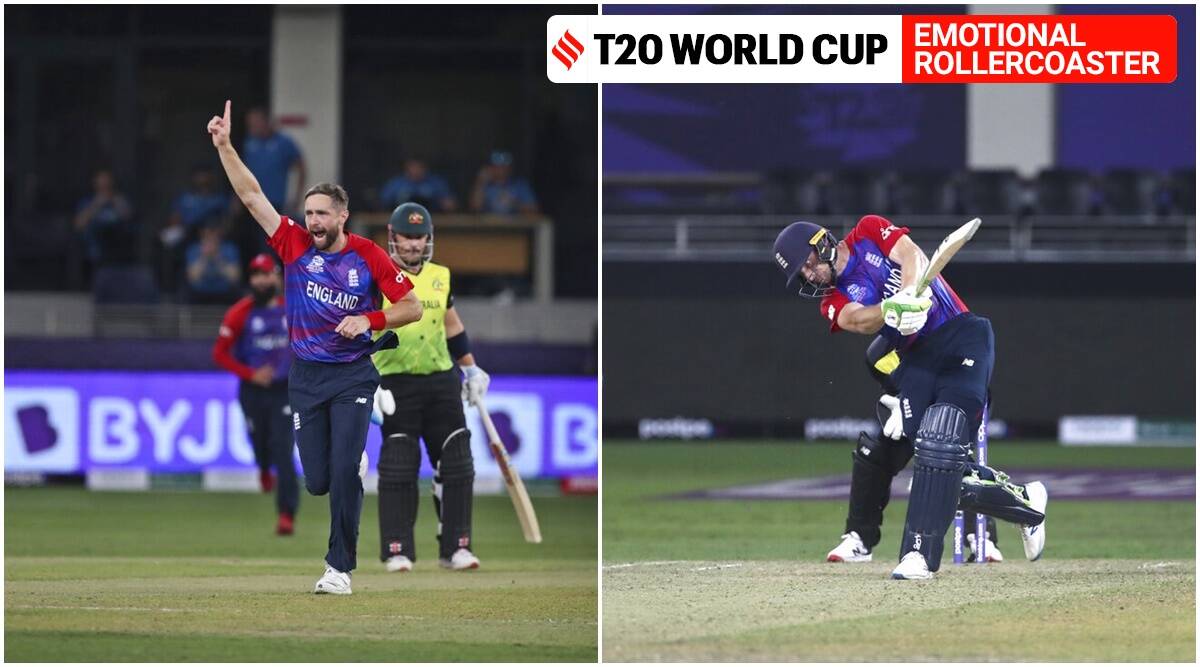 What a shellacking the 8-wicket win was. Almost a repeat of the 2019 semifinal when England thumped Australia. Both times it was the bowlers who set it up before the batsmen rubbed them to the ground. It was Jason Roy then, now it was Jos Buttler. Not without some help from Australia, who produced a low-quality game much in keeping with most of the teams in this World Cup.

Mitchell Starc had third man and fine leg near the boundary and had mid-on and mid-off up. Perfect time for the bluff, then? It would have worked if it was a yorker. But he served two full-length hit-me balls and Buttler obliged with a thunderous bat swing and the ball was thrown back from the long-on stands. In his next over, Starc bowled a lovely yorker which Dawid Malan just about stubbed out. Malan readjusted his guard to move further to legstump-ish and Starc offered him a short-outside-off ball. Whack. Then with midwicket in, he bowled a short below-chest high ball to Buttler who managed to conceal his surprise and thwacked it to midwicket boundary. On air, Nasser Hussain quipped, “Buttler is in real hurry to get back to the hotel.” That might well be, but he could have said the same about Australia.

Poor Adam Zampa, he got the worst of the treatment as Buttler and Jonny Bairstow looted four sixes off him, three of them in one over as both took turns to pummel him and Australia. Ouch.

The wicket of David Warner and a sensational pluck to remove Steve Smith – all in just a few balls’ work for Chris Woakes.

When he blasted away to a fifty against Sri Lanka, it seemed David Warner had returned to form. England blew that notion away with the first ball from a seamer to him. The same-old ball that has proved to be his nemesis in the recent past. The one angling away. Sri Lanka had bowled short and a lot of tripe against him. Not Chris Woakes. Perhaps anticipating the angler, Warner started to walk down the track. Woakes used the scrambled seam and got it to go with the angle on a pitch that had more grass than normal. Warner stopped his movement and had a poke at it. Mistake. Edge and gone.

Next up was Smith who fetched a short and wide delivery – so wide that it was outside the tramlines – and tried to drag pull it to the on side. It spooned away off the toe end of the bat over mid-on where Woakes back-pedalled. He had both hands cupped up but realised quickly that it had to be a single-handed pluck else he was about to hear the ball thud on to the ground behind him. He twisted his body, put out his right hand up, pouched the ball, and managed to hold on even as he fell.
Woakes wasn’t done yet. He produced one of his signature balls – the seam rushing through proudly and the ball nipping back in – and that was enough for Glenn Maxwell, who was batting way too early than he would have liked. He went for an across-the-line drive and was rapped plumb in front.

Ashton Agar loves to hit YouTube to watch his debut knock of 98 when he was just 19. One shot in particular. A walloping drive down the ground off James Anderson. The mid-pitch chats with Phillip Hughes who kept telling him, “think of Lang, what would he do” – Lang, being Hughes’s hero Justin Longer. On Saturday, Agar had a couple of shots worth YouTubing in future. Chris Woakes offered one slightly slowish one on the legs, and Agar drop-kicked it over square-leg where Moeen Ali got a hand on to it, but he was already outside the boundary by then. The shot next ball was a beauty. He shuffled across to thwack a fuller ball over midwicket. He was soon out though, pulling hard and flat but couldn’t clear deep midwicket. As he walked away, he had a wry smile.