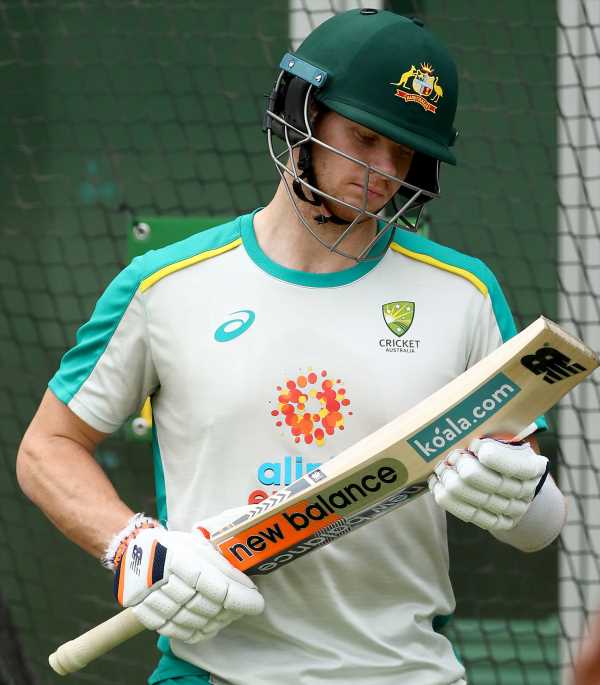 Smith averages 59.77 in Tests and was Australia’s second-highest scorer on their tour of Pakistan earlier this year, hitting three 50-plus scores in four innings.

In the 20-overs format he averages 25.54 and has a modest strike rate of 125. He has not managed a fifty in his last 16 innings in Twenty20 Internationals and was dismissed for five against Sri Lanka on Wednesday.

“Recent history, we’ve used (Smith) in a different way throughout our middle order, where people have batted around him,” Di Venuto said.

“We know his skill level, we know his talent so we’re pretty keen to unlock him as a T20 cricketer and just let him go about his business and show us how good he is.”

The world champions left out a more attacking Josh Inglis to accommodate Smith for the first two games against Sri Lanka, which they won to take an unassailable lead in the three-match series.

In a format dominated by muscular batters who can clear the rope at will, Smith’s quiet accumulation of runs means Australia have needed others to bat around him.

Di Venuto was confident Smith would have mastered the format by the time Australia begin their Twenty20 World Cup title defence on home soil in October.

“The skill level is exceptionally high, we’re hoping to unlock him during this period,” he said.

“We’ve got plenty of games leading into the World Cup so hopefully we see the best of Steve Smith.”

Mitchell Starc has been ruled out of the final Twenty20 on Saturday with an index finger injury sustained during the series opener which needed six stitches and kept him out of the second match.

Australia are confident the fast bowler would play a role in the five-match one-day series that gets underway in Kandy on Tuesday.

“(He) will continue to train with the squad in Sri Lanka and potentially return during the ODI series,” Cricket Australia said in a statement.

“His recovery time is unspecified but anticipated to be a minimum of seven days.”