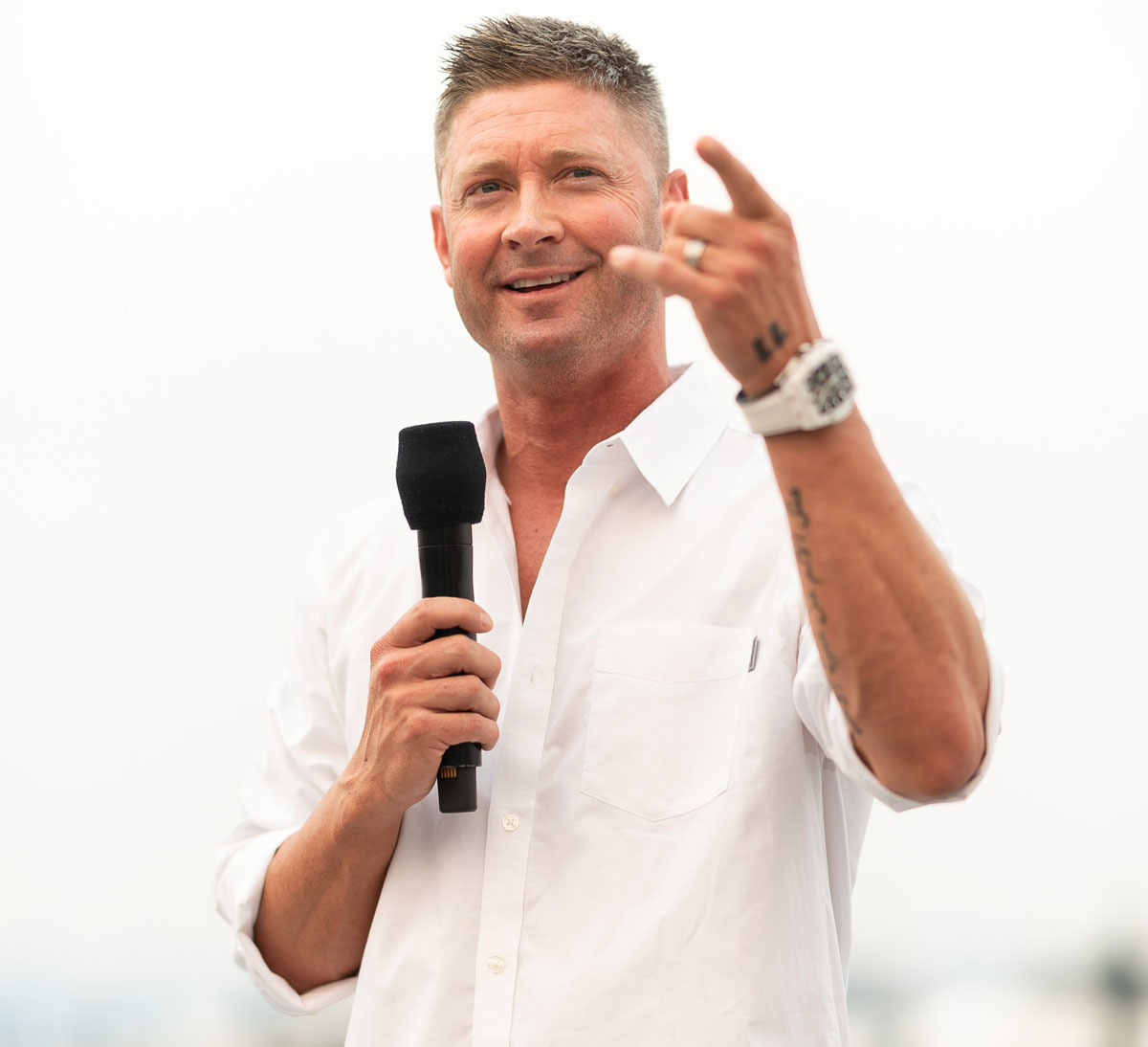 The Australian Test team will be without a captain for the next 15 years if the country’s cricket administrators are looking for someone with a ‘perfect’ and unblemished record, said former skipper Michael Clarke.

Cricket Australia (CA) is set to appoint a new captain after Tim Paine stepped down from the post in the wake of the ‘sexting’ scandal.

Fast bowling spearhead Pat Cummins has emerged as the frontrunner to succeed Paine and former skipper Steve Smith is also in the reckoning.

Clarke pointed out how Ricky Ponting became one of Australia’s greatest captains after overcoming an erratic start to his international career.

“Go back in my time even to Ricky Ponting. If that’s the case, he never would have captained Australia,” Clarke told Big Sports Breakfast.

“He had a punch up in the middle of a Bourbon & Beefsteak. Are you not going to give him the job because of that?

“He’s a great example. He’s shown you how time, experience, maturity, playing at the highest level and even the captaincy turned him around.”

Paine is the only specialist wicketkeeper in Australia’s 15-man squad to face England in the upcoming Ashes but chairman of selectors George Bailey said he is not final for the first Test starting in Brisbane on December 8.

Clarke admitted that the Australian Test captain needed to be held to a high standard, but he said the team would end up with few options if it has unrealistic expectations.

“Of course, you have to uphold certain standards but are you going to say: ‘He can change, he can mature,” he said.

“Where is the backing of the player as well? You’ll be looking for 15 years (if you want a captain who hasn’t done something wrong), we won’t have a captain.”

Clarke said he was still confused as to why Paine resigned over the 2017 incident.

“If Cricket Australia were there telling him he had no choice, then he should’ve stood there and said: ‘Listen, that’s on you. You guys sack me, go for it but I gave you this information four years ago. I handed it to you, I was open, I was honest, I was straight and I was cleared’.

“Just because it’s the public, the rules of engagement are different? I don’t think so. It seems to me Cricket Tasmania are saying exactly that, hang on, you cleared him four years ago,” Clarke said.