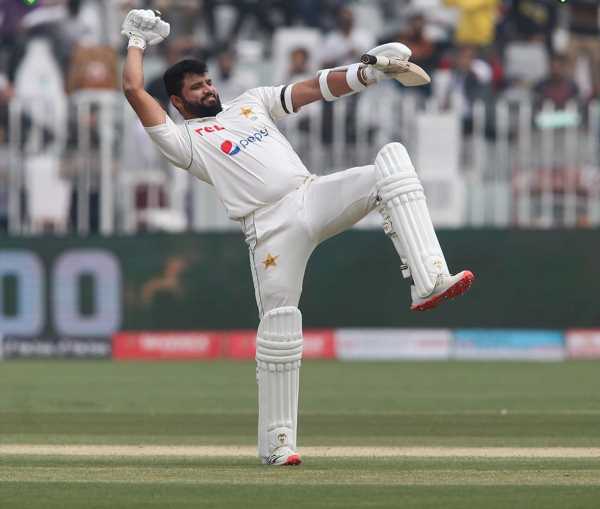 ‘Daddy hundreds’ of 185 from Azhar Ali and 157 from Imam-ul-Haq helped Pakistan score a commanding 476 for four before declaring their first innings on the second day of the opening Test against Australia in Rawalpindi on Saturday.

Australia, on their first tour of Pakistan in 24 years, were five for no loss in reply when bad light forced early stumps, with their Islamabad-born opener Usman Khawaja on five and David Warner yet to score at the other end.

The teams observed a moment’s silence before play began for the day, in memory of Shane Warne and the victims of Friday’s attack in a mosque in Peshawar.

Pat Cummins employed no fewer than eight bowlers to try and make inroads into the Pakistan top order, and he resorted to short deliveries when the home side resumed on 245 for one.

Imam was on 143 when Australia made a timid caught-behind appeal against him, which was turned down. 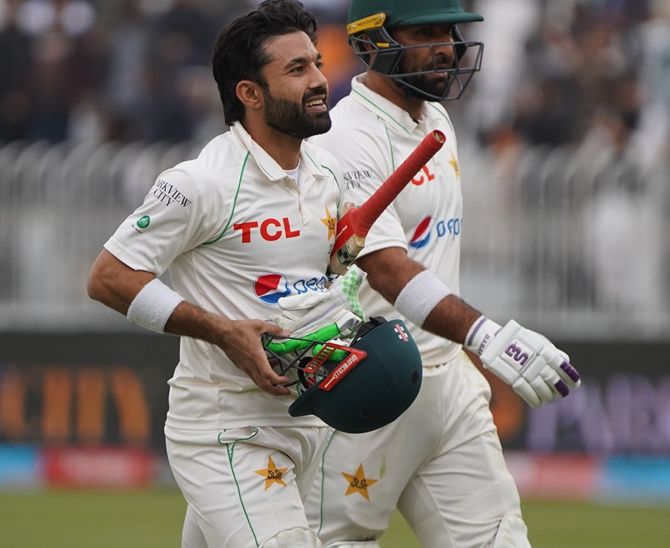 Australia chose not to review the decision but UltraEdge showed a spike as the Nathan Lyon delivery passed the bat.

Cummins then wasted a review trying to get Azhar caught behind in the post-lunch session.

Three balls later, Imam wasted one of his own trying to overturn an lbw decision against him. The bespectacled opener had to go, however, as replays confirmed the Cummins delivery would have gone on to hit the middle stump.

Imam’s 157 was studded with 16 boundaries and two sixes.

Marnus Labuschagne ran out Babar Azam, who made 36, with a direct throw and ended Azhar’s marathon innings of 185 when he induced a reverse sweep from the batsman.

Azhar hit 15 boundaries and three sixes during his 361-ball stay at the crease.

“I wanted a double hundred but we were close to declaration and we had to try and score faster,” the number three batsman said of his dismissal.

“The ball was reversing and it was not easy to score against the pacers. So I had to take chances against the spinners and unfortunately I got out in the process.”

Babar declared the innings 45 minutes before the scheduled close of play, but the gathering gloom robbed Pakistan of the chance to unleash their fast bowlers with the new ball.

Instead, off-spinner Sajid Khan sneaked in an over before play was called off due to deteriorating light at the Pindi Cricket Stadium.

“Our plan was to give ourselves an hour and try and take two, three wickets tonight but unfortunately, due to bad light, we could not do that,” Azhar said.

Labuschagne said Australia must take it ‘over by over’ to claw their way back into the contest.

“It’s just patience, being disciplined in the game and making sure we stay focused for a long period of time,” the batsman said.