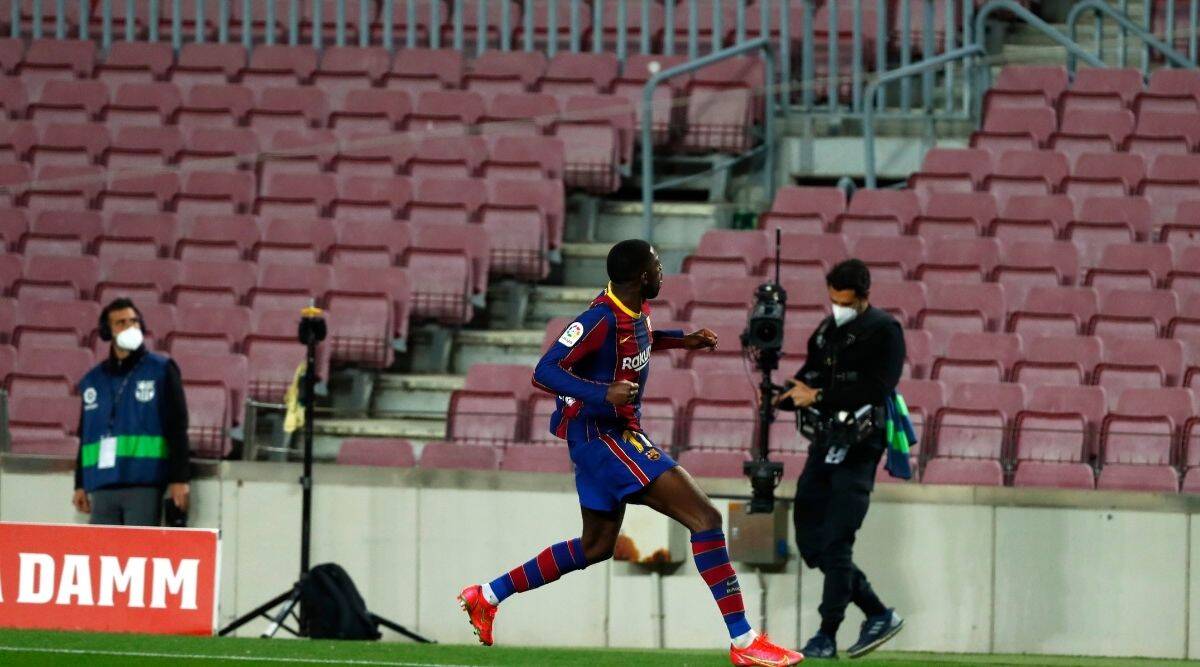 Dembélé scored with a left-footed shot from inside the area to make sure Barcelona can secure the title by winning all its remaining games, as it hosts Atlético in one of the final rounds in May. 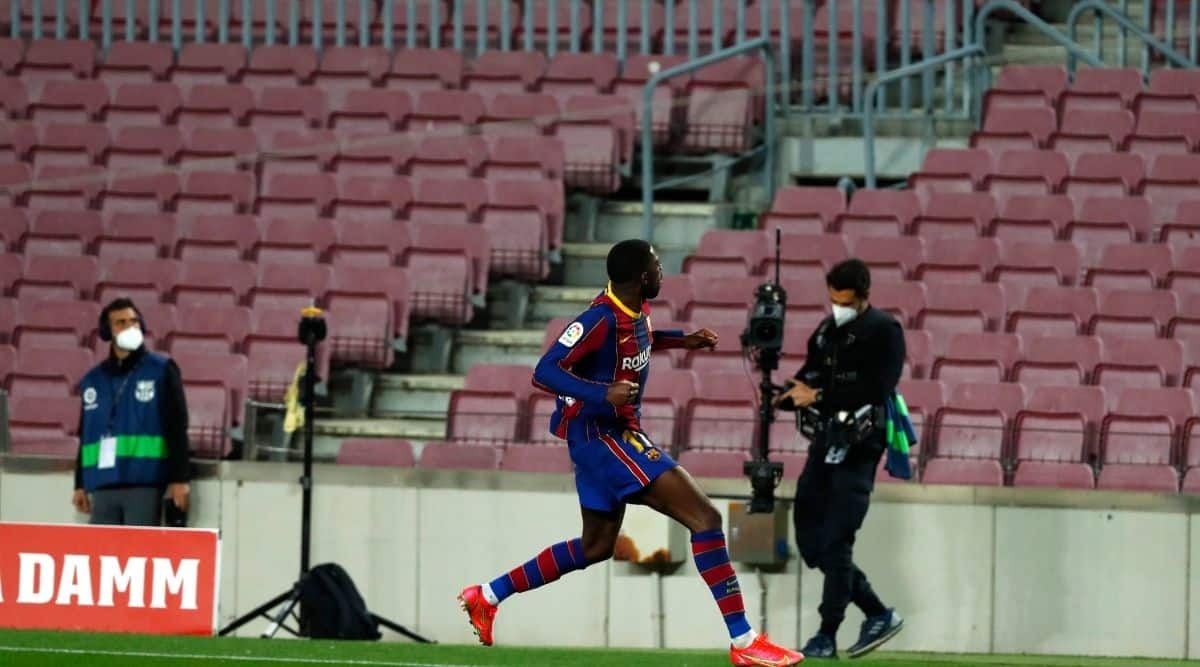 A late winner by Ousmane Dembélé gave Barcelona control of its own fate in the race for the Spanish league title.

Dembélé scored in the 90th minute on Monday as Barcelona defeated 10-man Valladolid 1-0 to move within a point of league leader Atlético Madrid.

Dembélé scored with a left-footed shot from inside the area to make sure Barcelona can secure the title by winning all its remaining games, as it hosts Atlético in one of the final rounds in May.

“This is the result of our work. We worked very hard in these last few months,” Barcelona defender Clément Lenglet said. “Things are starting to go our way.”

Barcelona had been struggling to break through the tight defensive scheme of Valladolid, which played a man down from the 80th after Óscar Plano was sent off for a foul from behind to stop a dangerous run by Dembélé.

“It”s proof that this is a very difficult league, you have to fight hard to win in every match,” Lenglet said.

“We created many chances and scored the winner in the end. We are happy but we have to keep working because this is far from over.”

Atlético lost 1-0 at Sevilla on Sunday to see its once-comfortable cushion vanish. Seeking its first league title sine 2014, Diego Simeone”s team has been gradually losing ground at the top of the standings. Its lead over Barcelona was more than 10 points a few weeks ago. 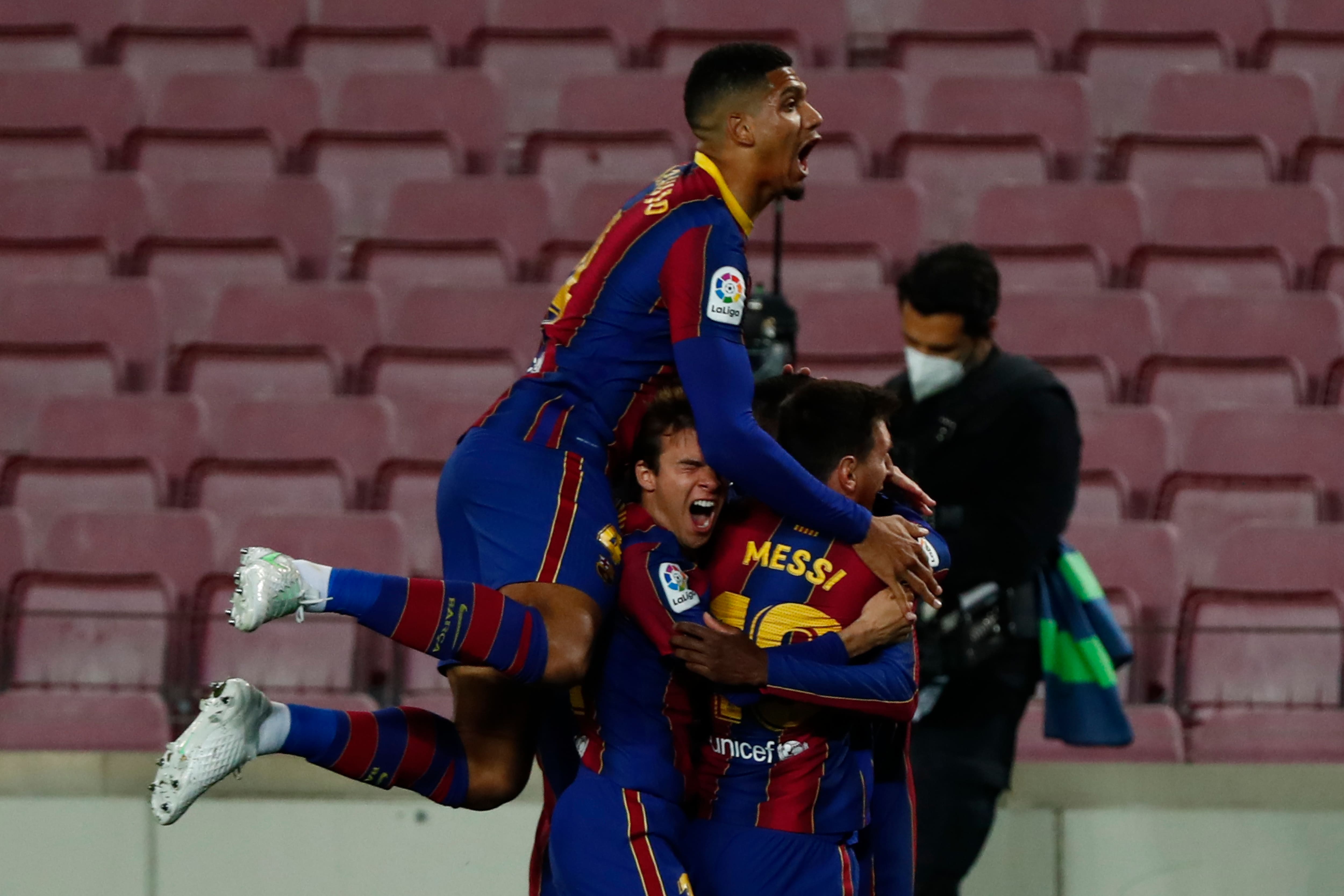 Barcelona next visits Real Madrid in the last clásico of the season on Saturday. Atlético hosts Eibar on Sunday.

Before the match, Lionel Messi received an award for breaking Xavi Hernández”s record of 767 appearances for the Catalan club. He broke the record in the game against Real Sociedad in the previous round.

Barcelona has won six straight league games and extended its unbeaten streak in the competition to 19 matches. It has won 12 times since a 2-1 loss at Cádiz in December.

Valladolid, which saw Kenan Kodro hit the crossbar with a header less than 10 minutes into the match at the Camp Nou Stadium, stayed three points from the relegation zone. It has won one of its last 12 league games.

The team owned by former Brazil striker Ronaldo loudly complained about the red card to Plano, and also about a handball by Barcelona defender Jordi Alba that could have given the team a penalty.