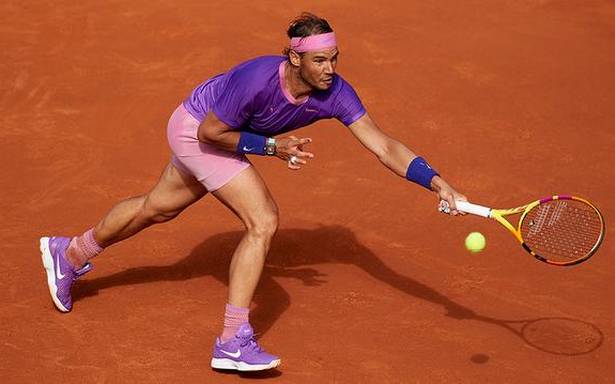 Rafael Nadal trounced compatriot Pablo Carreno Busta to reach his 12th Barcelona final where he will face Stefanos Tsitsipas, the Greek star who stunned the great Spaniard from two sets down in this year’s Australian Open.

It was Nadal’s eighth win in eight meetings against his 29-year-old Davis Cup teammate and his 65th in Barcelona.

Tsitsipas, winner of his first Masters 1000 event in Monte Carlo last week, booked his place in a second successive final when he beat Italian teenager Jannik Sinner 6-3, 6-3 in his semifinal.

Nadal defeated Tsitsipas in the 2018 Barcelona final for the loss of just three games.

However, the World No. 5 had beaten Nadal on clay in the Madrid semifinals in 2019.

The 22-year-old Greek then recovered from two sets to love down to defeat Nadal in the last eight at the Australian Open in February.