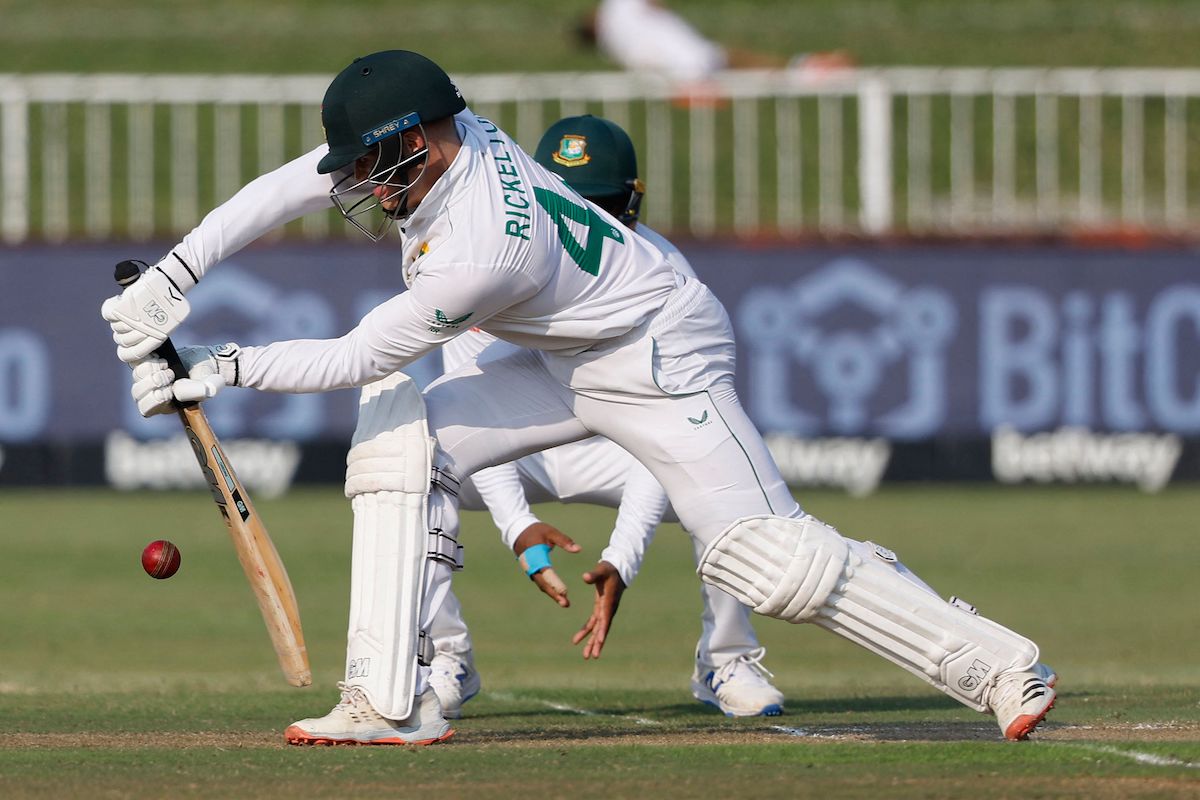 Temba Bavuma scored an unbeaten half-century as South Africa reached 233 for four at the premature close on a stop-start opening day of the first test against Bangladesh at Kingsmead on Thursday.

Play was called off with 76.5 overs bowled as the umpires deemed the light not good enough despite the sun shining down on the ground, a curious end to a day that had started with a 30-minute delay due to a problem with the sight screen.

The steady Bavuma was 53 not out having put on the same number for the fifth wicket with Kyle Verreynne, who was not out on 27.

The pair will hope to push on to a big first-innings score on day two after the home side were sent into bat, another interesting decision at a ground where spin is very much in play in the latter stages of the match.

Fellow opener Sarel Erwee (41) dragged the ball onto his stumps from spinner Mehidy Hasan Miraz shortly afterwards as the visitors pegged back their hosts.

It got better for Bangladesh when Mehidy produced a remarkable gather and throw to run out Keegan Petersen (19).

Debutant Ryan Rickelton (21) looked in command until he tried a pull shot off seamer Ebadot Hossain and was caught at mid-on by the tourists’ skipper Mominul Haque.

South Africa are without a number of their regular players. Seamers Kagiso Rabada, Lungi Ngidi and Marco Jansen, and top-order batsmen Aiden Markram and Rassie van der Dussen are all missing after opting to play in the Indian Premier League over this series.