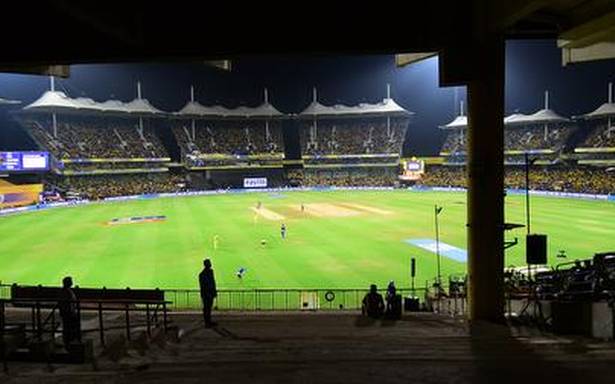 The first two Tests will be held in Chennai, beginning on February 5, while the next two will be played at the renovated stadium at Motera in Ahmedabad

The BCCI brass is seriously contemplating allowing 50% crowd attendance at both Chepauk and the newly constructed Motera Stadium during India’s upcoming four Test matches against England.

The first two Tests will be held in Chennai, beginning on February 5, while the next two will be played at the renovated stadium at Motera in Ahmedabad.

The BCCI is believed to be taking a cue from Cricket Australia which had allowed entry of spectators during the India series that concluded on Tuesday.

"As of now, we are likely to allow 50% spectators for the four Test matches. The BCCI is in talks with both state cricket associations (TNCA and GCA) and also state health authorities," a senior BCCI source told PTI on conditions of anonymity.

However, the BCCI is also factoring the fluid public health situation due to the COVID-19 pandemic and if the case load in either Chennai or Ahmedabad increases, then the decision will change accordingly.

"If you allow 50% crowd with all necessary precautions, then it will be an indicator if we can also allow spectators during IPL in India," the source said.

In Ahmedabad, which can hold over one lakh spectators, spacing of seats to maintain social distancing will not be an issue.

Meanwhile, England and Wales Cricket Board (ECB) will name the squad for the first two Test matches against India on Thursday.

This is the first time that a touring team is not naming a squad for full away series keeping the workload management of its players in mind.

The fact that Chennai and Ahmedabad will have two separate bio-bubbles and the teams will travel by chartered flight within the country may also be the reason that England, like the Indian team, decided to name its squad for two Tests.