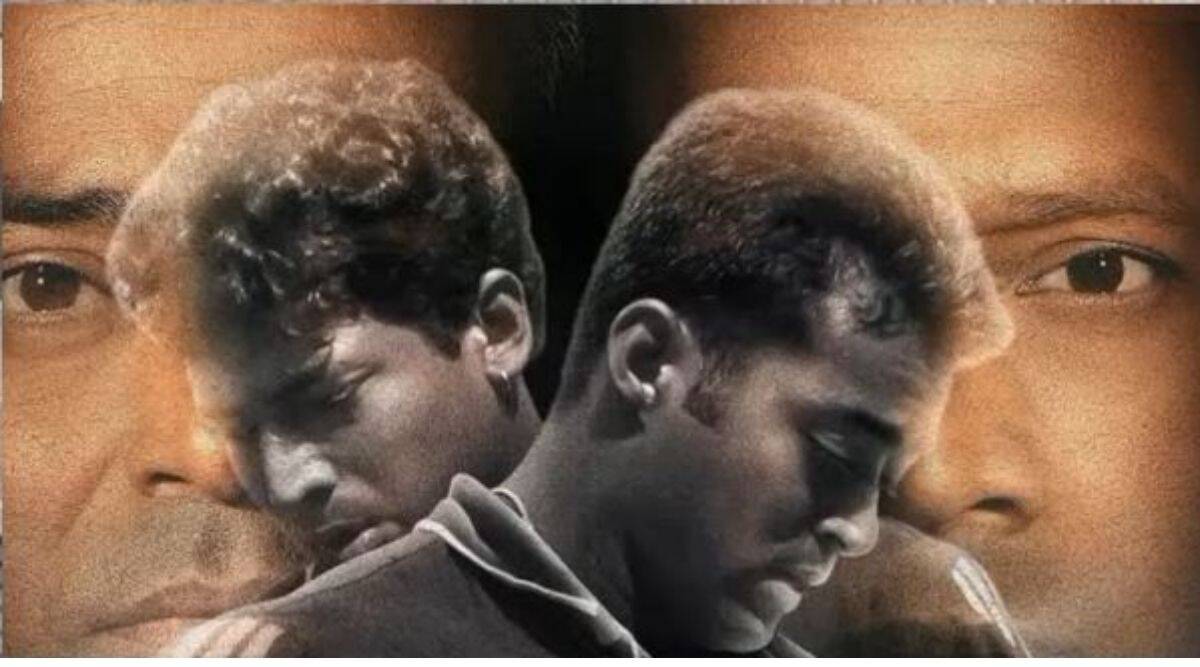 Break Point' can leave you frustrated by the complicated legacy of Paes-Bhupathi; two great champions and flawed individuals. It can also leave you with a nostalgic smile. There were several double faults along the way. But the series, at least, finishes on Love-all. 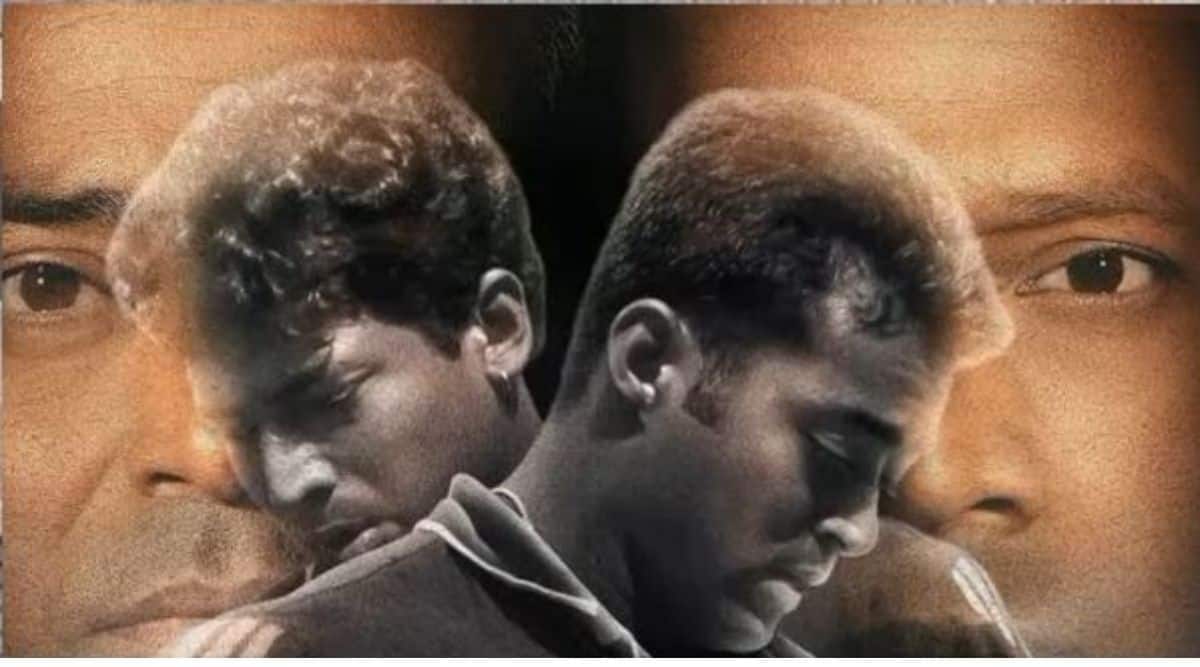 Did you know Geoffrey Boycott caused the rift between Leander Paes and Mahesh Bhupathi?

No, it wasn’t the knowingly acerbic ways of the former England cricketer that fuelled the fire. Instead, it was a commercial for a suiting line, which had Boycott teach batting to the Indian tennis stars. Watching Paes struggle, Boycott turns to Bhupathi and delivers the line: “He’s absolutely rubbish.”

Innocuous enough. Hilarious even. Paes, though, heard behind-the-scenes murmurs. In the documentary series ‘Break Point’ which premiered on ZEE5 this Friday, Paes calls the ad campaign (another commercial had the two playing tennis in custom-fit suits) and the chatter around it “a case of oneupmanship”.

It is silly, and petty. Unfortunately, that’s also true for a lot of the Leander Paes-Mahesh Bhupathi saga, effectively told in the seven-episode series, which features several such revelations.

Paes-Bhupathi. Lee-Hesh. The brilliantly-nicknamed ‘Indian Express’. A generation has grown up with the two names, entwined, and embedded in GK textbooks to UPSC examination question papers. But to many, the names might be more familiar in the context of the spats and barbs. It has become dangerously easy to forget the force Paes-Bhupathi were on the Tour.

‘Break Point’ tries to remedy that by putting on the greatest hits. Not only do you get a glimpse of the magic the two put on through archival footage and photos, but Paes and Bhupathi also disclose the game plans and thought processes.

Chief among the highlights is the dismantling of Jeff Tarango in the 1999 French Open final. The American, partner of Goran Ivanisevic, didn’t have great balance, Paes assessed. So the Indians made him run. They ditched serve and volley for volleying in open court towards Tarango. They attacked his forehand. They bullied the American and kept the giant Croat out of the match, winning their first Grand Slam title together.

Other legendary doubles pairs such as the Woodies (Australians Mark Woodforde and Todd Woodbridge) and Bob and Mike, the American Bryan Bros show up in the series to serve platitudes, along with Martina Hingis, who won Grand Slam titles with both Paes and Bhupathi.

You couldn’t create a more complimentary doubles pair in a laboratory. Bhupathi on ad-court with big serve and strong returns, the ‘lambu’ of the team to deal with lobs and shots that passed the ‘chhotu’ at the net. Acrobatic Paes on deuce court, covering the net with superhuman reflexes, dealing with low, fast balls.

Then there’s the off-court dichotomy. Extrovert, introvert. Always late, painfully punctual. Cameras trained at them or not, Paes speaks with the passionate cadence and verbiage of a motivational speaker. Stoic Bhupathi treats words as currency. In ‘Break Point’, both have a heckuva story to tell.

It’s a story of a mentor and his protege. Paes, a year older, was decidedly the senior partner. He was the established name when he asked Bhupathi to play with him. But Paes didn’t congratulate Bhupathi enough, the documentary alludes, when the latter became the first Indian to win a Grand Slam (partnering Japan’s Rika Hiraki to win the 1997 French Open) and reach the world No. 1 ranking. Bhupathi says he wanted emotional support and loyalty. Paes required respect and credit.

It’s a bildungsroman of two brothers. To unnerve their rivals, Paes wanted the pair to have matching shoes, matching gear, matching earrings (even as Mahesh’s sister Kavitha laughs at how having a pierced ear was so unlike her brother). Lee-Hesh had to be “one unit”. The “brown munde” who won Wimbledon. Paes claims he took a sponsorship cut of “30, 40 per cent so (Mahesh) could have 5 times the amount he wanted’. Father Vece Paes managed both, a decision Leander came to rue.

But at its core, it remains a tale of a doomed relationship. There was a meet-cute, an exchange of smiles, and a proposal. The partnership sprouted on the hallowed greens of Wimbledon. “Sharing a plate of food, sharing a room, sharing a movie, sharing the (entry) badge,” Paes recalls. The many breakups, and reunions. “I think we need a break. Even if it is for a little time, we need to go our own ways and try different partners,” Bhupathi remembers telling Paes. Soon after, he got an offer from Todd Woodbridge after the Aussie’s longtime partner Mark Woodforde retired. Bhupathi turned it down after a text from Paes: “Let’s play together.” Woodbridge joined Jonas Bjorkman and won five Grand Slam titles. “Could that have been me? Probably,” Bhupathi says. “One of the dumbest moves I made in my career.”

‘Break Point’ utilises a narrative device that’s more jarring than propelling: the “visually-recreated” headlines. The episodes are littered with shots of these ‘headlines’ on a sepia-tinted-old-paper background (these chunks of text feature several typos, including the dreaded ‘the the’). It’s true that the media coverage of Paes and Bhupathi over the last 25 years has been an integral part of the story. But a better choice would have been to dive into the archives and fish out actual back pages. The players have been a favourite subject of many sportswriters, including the ones who made the cut for the documentary.

The talking head friends, too, summarise what’s been said rather than providing personal insights into the mental space of the two players. A glowing exception is Navroz Udwadia’s narration of Bhupathi finding out about Paes’ brain lesion diagnosis. “He broke down in tears. Absolutely heaving, racking sobs,” says Udwadia.

It is the tennis pros who bring the most to the table. The Woodies talk about the importance of personal space in a doubles pair. While Paes and Bhupathi had family dinners, double dates, and watched DDLJ seven times at a drive-in together, Woodbridge and Woodforde went their own way off the court. The Bryan brothers describe the need for trust and communication in a tennis partnership, and how easy it is for jealousy to creep in.

India’s own Rohan Bopanna and Sania Mirza have bit parts, complimenting their seniors. They were inspired by Lee-Hesh, but the two often became collateral damage in the feud. They have their own soap opera episodes to share — of Olympics, Asiads, team selection and partner choice — which would make for a second season.

Though there remain chapters untold of the Paes-Bhupathi chronicle. The single-person interview format also means that the series remains a case of ‘he said, he said’, instead of a back-and-forth tell-all. But putting the two together would have also undercut the emotional, final moments of the series.

‘Break Point’, by design, can leave you frustrated by the complicated legacy of two great champions and flawed individuals. It can also leave you with a nostalgic smile. There were several double faults along the way. But the series, at least, finishes on Love-all.