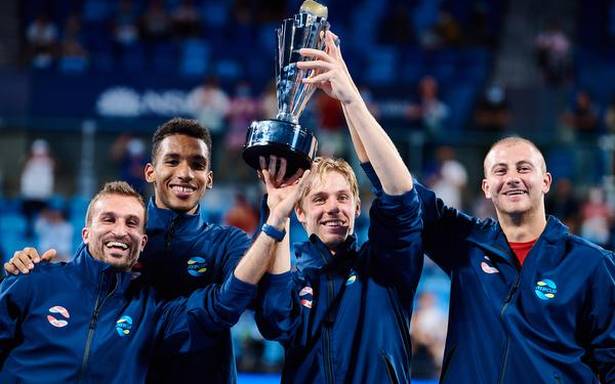 Shapovalov sets it up, Auger-Aliassime clinches it

World No. 11 Auger-Aliassime beat third-ranked Alexander Zverev during the tournament and again showed his class to down 19th-ranked Bautista Agut 7-6(3), 6-3 and seal the tournament for Canada.

Canada earned its place in the final after stunning defending champion Russia on Saturday.

The Canadians also beat Zverev’s Germany and Britain in group matches, bouncing back after crashing to the United States in their opening tie of the tournament.

Both Spanish players had been in red-hot form, each winning all four of singles encounters so far.

And Carreno Busta held a 4-1 advantage against Shapovalov going into their clash. But the young World No. 14 Canadian stepped up to emphatically gain revenge and put his country within one win of the title.