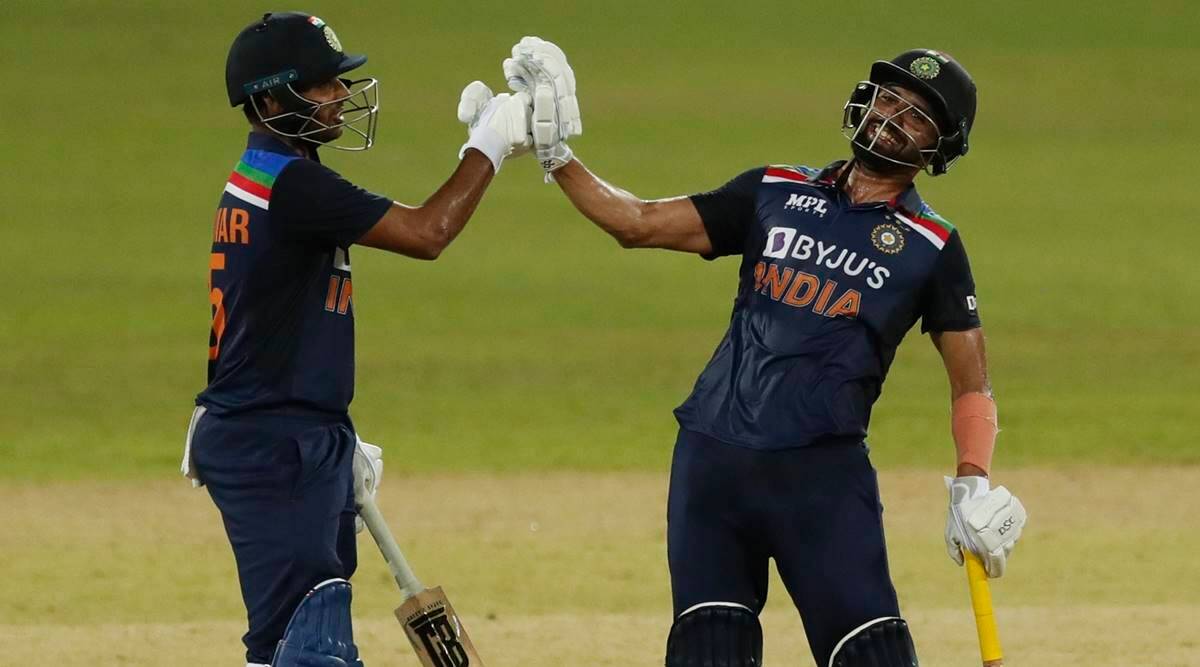 Chasing 276 to win, India was teetering at 193 for 7 but Chahar and Bhuvneshwar helped India record a memorable win with five balls to spare. 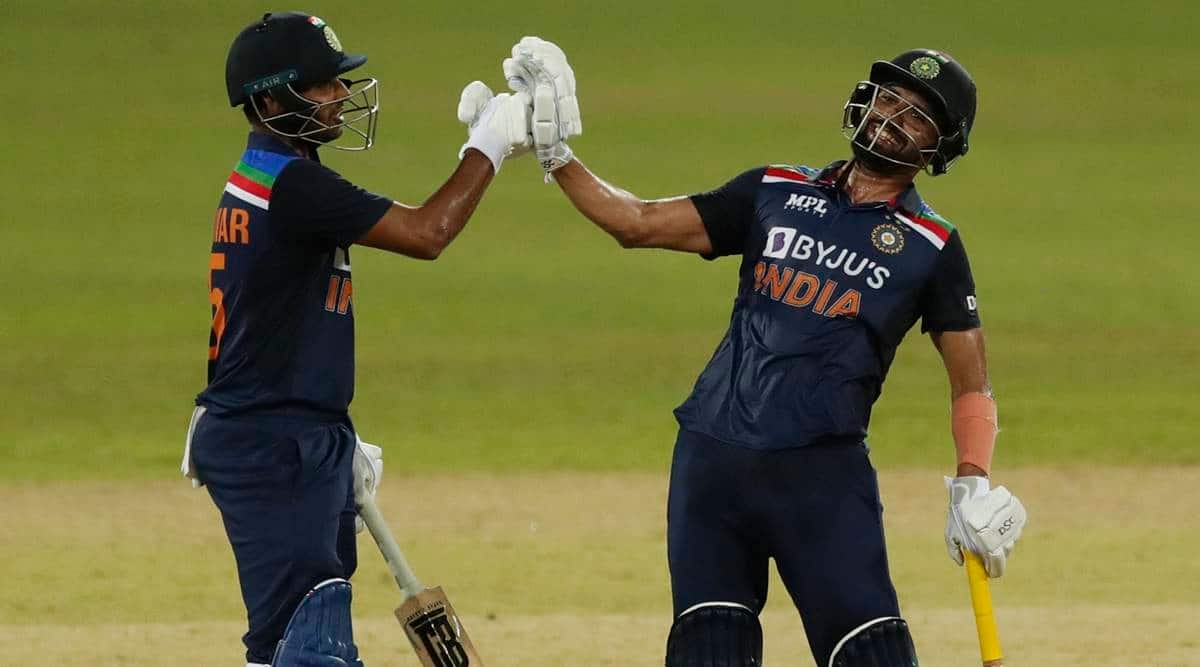 India vice-captain Bhuvneshwar Kumar said it was coach Rahul Dravid’s decision to send Deepak Chahar up the order and he justified it with an “amazing” knock to guide the team to a stunning three-wicket win against Sri Lanka in the second ODI here.

Chahar hit an unbeaten 69 and stitched an unbroken match-winning 84-run stand with Bhuvneshwar (19) for the eight wicket to help India take an unassailable 2-0 lead in the three-ODI series.

“Look, he has played under coach Rahul Dravid before in India A or some series and he had scored there as well. So, Dravid knew that he can bat and he can hit a few balls, so that was his Dravid’s call.

“And the way he batted, Chahar proved it right. We all know that he can bat, he has batted in Ranji Trophy many times, so it wasn’t a tough call but it is good to see the way he scored the runs.” 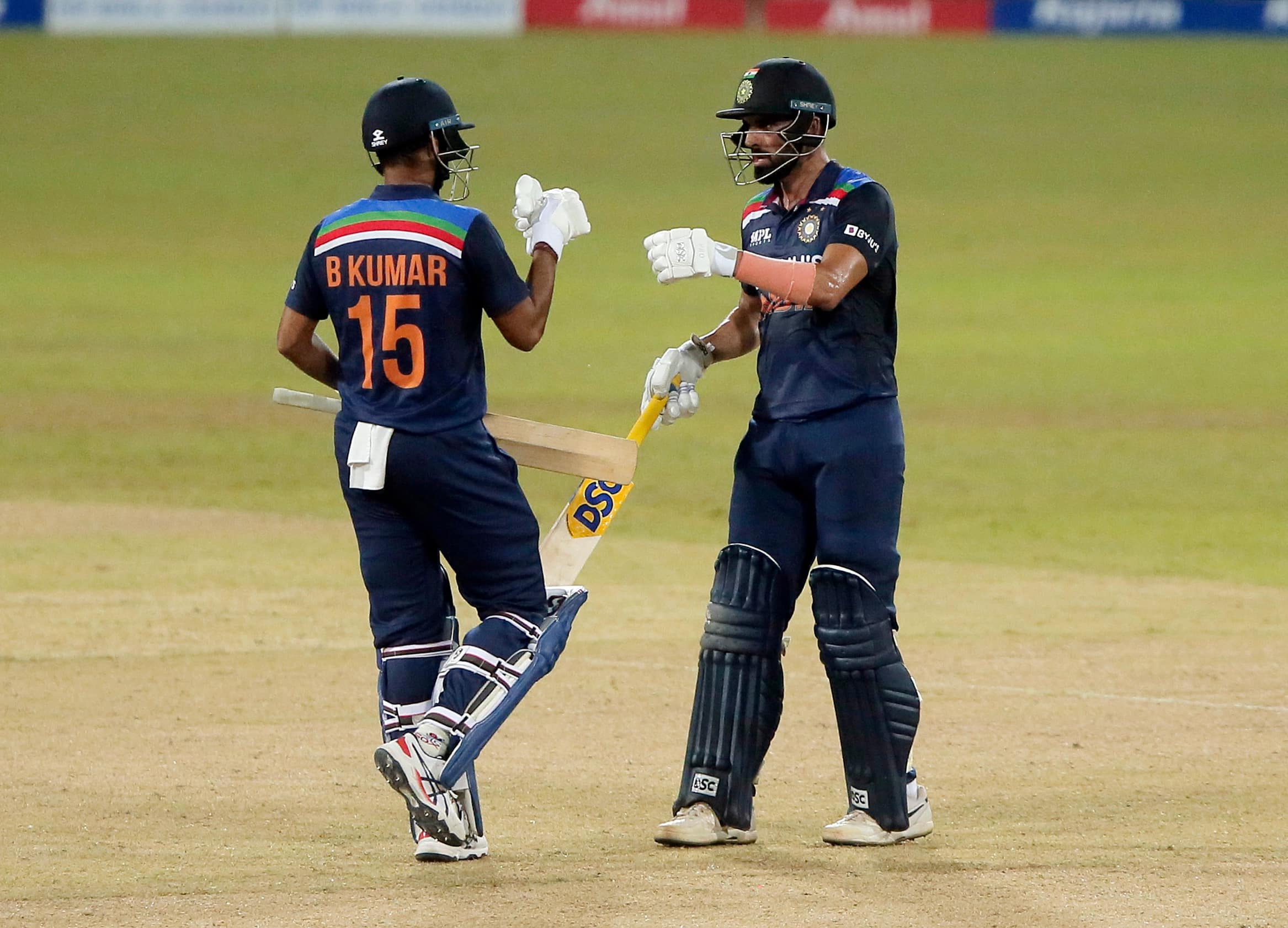 Chasing 276 to win, India was teetering at 193 for 7 but Chahar and Bhuvneshwar helped India record a memorable win with five balls to spare.

“The only chat and plan was to play till the end. We never said to each other that from here on, we can win. Even when we needed 1 run (3 runs), we were taking one ball at a time. Deepak never let the run rate go above six,” Bhuvneshwar said.

“He almost played risk-free shots, where he got few boundaries and brought the required rate to under six. At no stage did we think that we are going to win or lose. We were playing according to the situation and taking it ball by ball.”

Bhuvneshwar said Dravid, who is coaching the senior team for the first time, was elated with the show put up by the team.

“…you get under tension, especially when you are sitting outside, you know this generally happens. I didn’t see him much when I was batting, but when he came down, he just congratulated both of us and the entire team.

“He was very delighted, especially for the way we performed, when we were five-six down and then the way Deepak batted.”

Chahar, who returned with figures of 2 for 53, used the knuckle ball to perfection and Bhuvneshwar said he has been executing that well.

“Deepak has always been bowling knuckle balls. He has always had that and he is executing that well.

“And as far as my bowling is concerned, in both the matches, it has been batting friendly conditions and extremely hot. It becomes difficult for bowlers. I’m satisfied with the way I’ve bowled.”

Bhuvneshwar also ruled out any concerns with regard to all-rounder Hardik Pandya’s fitness.
“…As much as I know, there is no niggle or concern. So, I’m sure he’s fine,” he quipped.

India conceded 76 runs in the last 10 overs in the first ODI and 80 runs in the second game, but Bhuvneshwar was unperturbed.

“Definitely, as a strategic part, you always look to bowl spinners, a few overs, after 40. Because there are five fielders outside the circle.

“…I don’t think that’s a concern that we have conceded 80 runs or 76 runs in the last 10 overs, because team always looks to score. As a bowling unit, we all are happy with the way we have bowled in the last two matches,” he signed off.