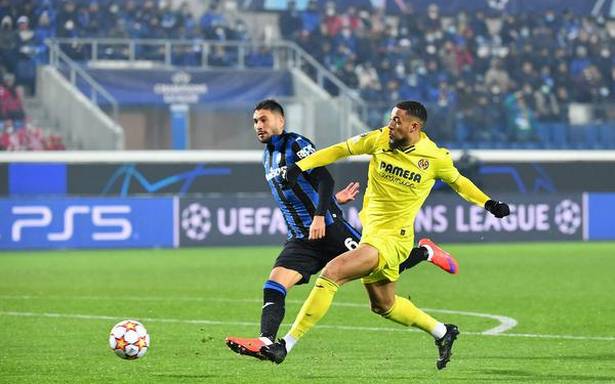 Arnaut Danjuma struck twice as Villarreal won 3-2 away to Atalanta on Thursday in a match rearranged after heavy snowfall to clinch the final spot in the Champions League last 16.

The Dutch international put Atalanta ahead inside three minutes and Etienne Capoue doubled the lead shortly before half-time on another chilly evening in Bergamo.

Danjuma scored again early in the second half but Villarreal was forced to hold on as Atalanta responded with goals from Ruslan Malinovskyi and Duvan Zapata while hitting the woodwork three times.

Quarter-finalists two seasons ago, Atalanta needed a win to climb above Villarreal into second place in the group in a game pushed back from Wednesday after a cold snap swept across northern Italy.