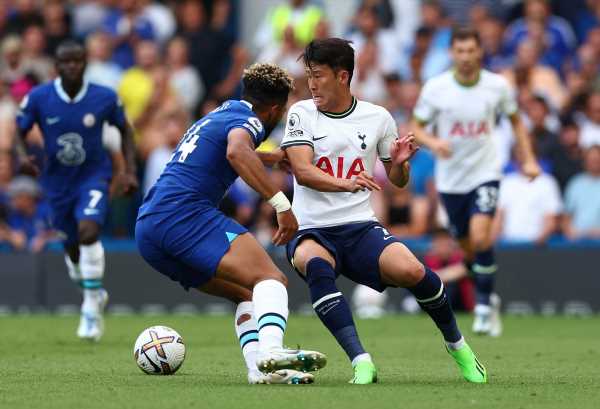 The BBC reported that the incident took place when South Korea international Son went to take a corner in the second half of the August 14 game, which ended in a 2-2 draw.

Chelsea released a statement after the match saying the club finds any form of discriminatory behaviour “totally abhorrent”.

“Following our statement this week on racist abuse at the Tottenham game last Sunday, Chelsea Football Club can confirm that it has identified and banned a season ticket holder indefinitely,” Chelsea tweeted on Saturday.

Chelsea play away to Leeds United on Sunday.